When it comes to buying in bulk, many people prefer Costco to any other warehouse-style store. But buyers shouldn’t just be on the look out for food prices and deals — they should also beware of when food is recalled. Not sure what those products are?

Here’s a look at foods carried at Costco that have been recalled. (The product on page 13 will make you think twice.)

Chicken shows up quite a few times on Coscto’s list of recalled products. As does Foster Farms products. These breaded chicken patties were recalled in 2017 after consumers in western states complained that they found pieces of plastic in their food.

Next: This popular snack can make you seriously sick …

Don’t add these chips to your cart. | FritoLay

Frito-Lay has a wide range of potato chip flavors out there. But one popular flavor, jalapeno, began flying off the shelves for the wrong reasons. In 2017, the company voluntarily recalled its jalapeno flavored Lay’s Kettle Cooked chips and Miss Vickie’s Jalapeno Kettle Cooked Chips due to seasoning being possibly contaminated with salmonella.

A protein shake that could those who are addicted to peanuts. | iStock.com

Next: This health food contained a deadly organism … 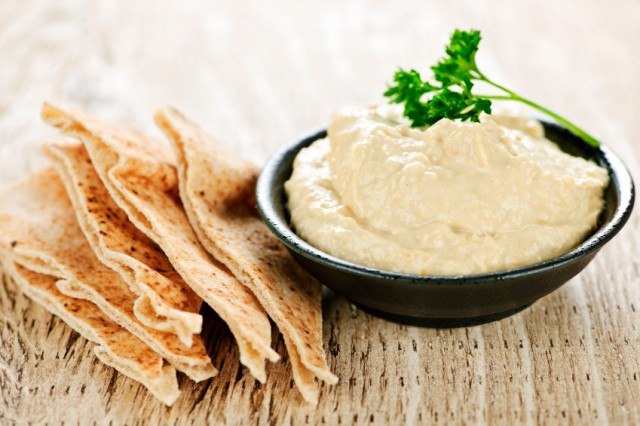 If you’ve recently purchased hummus at Costco’s, you might want to be careful. | iStock.com

Sabra Dipping Company issued a recall of several products in late 2016. The reason? A deadly bacteria called Listeria monocytogenes was found at the manufacturing facility. (Get used to seeing that name, it’s on our list a lot.) According the Center for Disease Control and Prevention, listeriosis kills more than 200 people a year and is especially dangerous in newborns and people with weak immune systems.

Next: Hummus wasn’t the only food affected by listeria …

The USDA announced in August 2017 a variety of chicken skewer meals carried at Costco were being recalled. Montreal-based company Expresco Foods Inc. recalled over 20,000 pounds of imported chicken skewers that were potentially contaminated with listeria.

Next: This treat is not so sweet …

Not the summer treat you want to give your kids. | Nestlee

Ice cream and other dessert goodies are common buys at Costco. But in October 2016, Nestle recalled its 16-count drumstick variety packs and 24-count vanilla drumstick packs after listeria was found at one of their production plants.

The Tyson chicken nuggets also had plastic in them. | OlgaMiltsova/iStock/Getty Images

There are few things more synonymous with shopping at Costco than buying a huge pack of chicken nuggets. Sadly, some of those tasty bites were tainted. Tyson recalled its five pound bags of chicken nuggets in 2016 after consumers complained about finding pieces of plastic in the chicken.

You might want to be careful when it comes to these chewy granola bars. | Nature Valley

Costco’s a great place to stock up on trail mix and snack bars, making Nature Valley products a popular buy. But some of the brands most popular bars were recalled in June 2016 when their sunflower kernel supplier SunOpta issued a national recall due to the presence of listeria.

Costco’s recalled these bars due to contamination. | Clif Bar & Company

Nature Valley wasn’t the only company wrapped up in SunOpta’s nation-wide recall. Popular protein bar company Clif Bar recalled their Nuts & Seeds and Trail Mix bars due to potential listeria contamination, although there were no reports of anyone getting sick.

Next: And the recall continued …

An easy and affordable snack, but not worth the risk. | iStock.com

The SunOpta recall also affected Kashi, who expanded their initial voluntary recall of snack bars to granola and other products. The listeria scare and recall — along with other reported problems with frozen fruit — cost SunOpta millions of dollars.

Another product you should avoid. | iStock.com

Heck, who doesn’t like buying burger patties in bulk from Costco? Probably anyone that bought Dr. Praeger’s veggie burgers between  November 26, 2015 and March 28, 2017. The reason for the recall? The patties were potentially contaminated with — drumroll, please — listeria.

Next: And it didn’t stop at veggie burgers …

Costco has a contamination issue to deal with. | AmandaLewis/iStock/Getty Images

As you have probably guessed, 2016 was a bad year for Costco foods with potential listeria contamination. Before the big SunOpta recall over the summer, chicken dishes made by Ajinomoto Windsor Inc were recalled over fear of the bacteria. These dishes included Ajinomoto Yakitori Chicken Fried Rice, Petite Cuisine Southwest Chicken Firecrackers, and the Petite Cuisine Chicken Poblano Firecracker. These products were sold at Costco warehouses nationwide, and could have contaminated dating back to May 2014.

Next: Not a food, per-say, but still a threat …

If you have to buy baking products in bulk, why not go to Costco? Just beware of what brand you buy. In 2016, General Mills recalled multiple kinds of its flour due to break out of E.coli. (Although to be fair, all cases came from consumers eating raw products such as cookie dough. No cooked products reportedly caused illness.)

Next: More bad news for this edible bird …

Next: Last but not least …

Some frozen vegetable packs have been recalled. | Issaurinko/Getty Images

CRF had to issue a major recall in May 2016 when listeria threatened their frozen fruits and vegetables.The recall included both organic and non-organic produce, spanning “358 consumer products sold under 42 separate brands” including some Bybee and Kirkland produce sold at Costco.