Home » Medications » Sinuses bothering you? Use those nasal sprays regularly 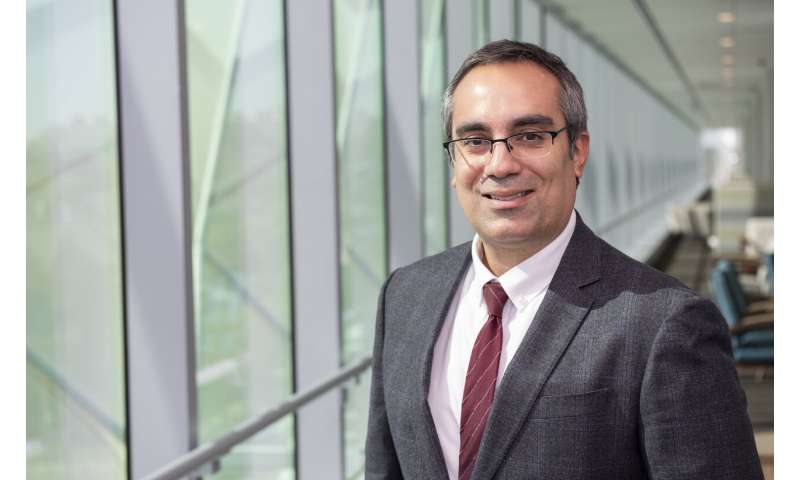 Nasal saline and corticosteroid sprays are pretty standard treatment for individuals battling chronic rhinosinusitis (CRS). They thin out thick mucus buildup and help ease the swelling in the nasal cavity that are the bane of anyone who has battled what physicians often refer to as the asthma of the sinuses.

If used consistently and appropriately, these nasal sprays can lessen the need for antibiotics and oral steroids that are needed when symptom severities flare, according to a recent study from Dr. Ahmad Sedaghat, an ear, nose and throat specialist at the University of Cincinnati College of Medicine.

Sedaghat and a team of researchers looked at 150 patients at Massachusetts Eye and Ear undergoing medical management for CRS and found that CRS-related usage of oral steroids and antibiotics dropped by 0.2 courses per three-month period on average. That’s about one fewer courses of antibiotics and oral steroids in a year to deal with severe symptoms of CRS.

Those results were reported in the scholarly journal Laryngoscope and, according to researchers, are statistically significant.

“We found that the use of the sprays or irrigations improved antibiotics and oral steroids usage by closer to three-to-four courses per year, on average, which is a huge effect,” said Sedaghat, also a UC Health physician. “Medication usage was reduced by one course every three-to-four months. The medical therapy we provided in the form of intranasal saline and intranasal steroids dramatically cut down on the usage of systemic antibiotics and steroids.”

Antibiotics have gastric and intestinal side effects and lead to body resistance, while long-term use of steroids can cause mood disturbance, insomnia, weight gain, diabetes, cataracts and other problems. “We really want to minimize the use of these medications,” said Sedaghat.

“If you simply treat patients regularly and consistently with what we call appropriate medical management, and that means staying on top of them and making sure these patients are using their sprays every single day, these patients will have dramatically fewer problems,” said Sedaghat.

CRS is similar to asthma, but it occurs in the sinusitis instead of the lungs.

There are four main symptoms of CRS—nasal obstruction, nasal drainage, facial pain or pressure and decreased sense of smell. Patients need to have two out of four of these symptoms for at least 12 weeks to be diagnosed with CRS.

“The hope is with the consistent use of these nasal irrigations and corticosteroid sprays, we can keep symptoms at an acceptable level and so symptoms don’t affect patients’ quality of life,” said Sedaghat.

“How bad you are on a day-to-day basis, that behavior of the disease, is very different than the frequency of you getting exacerbations in symptoms. These spikes in symptoms are coming from somewhere else,” said Sedaghat. “If physicians are not savvy to this, you may see someone with low-level symptoms and think the patient will be fine and believe treatment shouldn’t be as rigorous. In those patients, we found exacerbations of symptoms.”