Fans — Hollywood stars included — of celebrity chef Ina Garten would love to spend time recipe testing with her. That’s exactly what her assistant, Lidey Heuck, does for a living. Get an inside look at what it’s like to work with Ina Garten and learn what she really thinks of her boss (page 5), ahead.

Heuck’s home is near Ina’s

Heuck helps Ina Garten test and develop recipes, according to Food & Wine. Oftentimes, Garten will ask Heuck to test a new recipe at her house “so that they can perfect each recipe for the home cook.” Make never-before-seen recipes from Ina Garten? Sign us up!

“We are very casual at Barefoot Contessa, so my work attire usually consists of boyfriend jeans, a cozy sweater, and Superga sneakers,” Heuck told Food & Wine. “I have them in four colors.” We expect nothing less from an employee of Ina Garten’s, who is known for wearing oxford shirts and having a relaxed cooking style.

Hint: She gets to bring her dog with her to work.

Heuck brings her dog to work

When we say “work” we mean Ina Garten’s house. Heuck brings her Welsh Terrier, Winkie, to work with her, she told Food & Wine. This includes Ina’s East Hampton village office where Heuck goes to catch up on emails. Her dog also “takes a nap in one of the armchairs” there.

What Heuck thinks of her boss

“She’s an incredible business person,” Heuck told Food & WIne. “It’s really amazing to have the privilege of working and learning from her — to see up close how she embodies this incredibly successful company and brand.” Ina makes work fun, according to Heuck. “She’s smart and warm, and it’s a fun workplace.”

A vintage clock on a table | coffeekai/iStock/Getty Images

Working as a celebrity chef’s assistant conjures images of long nights and early mornings. But Liney Heuck usually works the traditional 9 a.m. to 5 p.m. based on her interview with Food & Wine. She starts mornings off with a 9 a.m. staff meeting and heads home around 5 o’clock.

Hint: Garten and Heuck snack throughout the day. 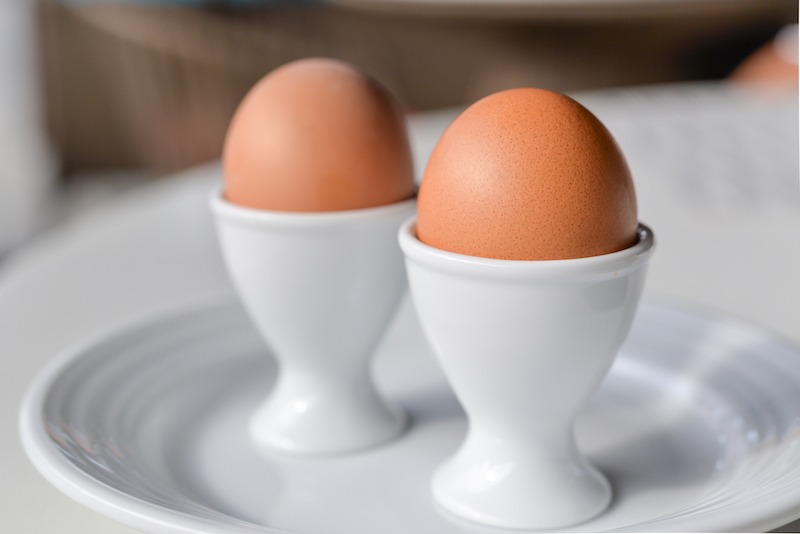 While cooking in Ina’s kitchen and listening to Welsh musician, Novo Amor, Heuck and Garten made a batch of soft-boiled eggs, according to Food & Wine. They each ate half an egg before a gardening group came for a tour of Ina’s garden. After the tour, Heuck and Garten ate more eggs.