How does replacing seven bulky kitchen appliances with one compact do-it-all gadget sound? Too good to be true? Nope, the Instant Pot is that good. And today, it’s on sale as an Amazon Daily Deal. So, you can score the trendy, space-saving appliance for 40% less.

The Instant Pot is smart, too. The appliance monitors pressure, temperature, and tracks time. It can even adjust heating intensity and duration to make sure your delish dishes come out juuust right every time. 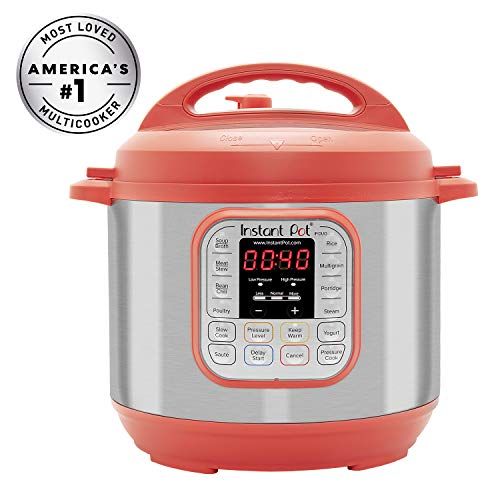 There has never been a better time to join the Instant Pot fan club and finally add one of the most popular kitchen appliances to your counter. (How great would this festive red Instant Pot look in your home?)

It’s been months since Amazon’s best-selling pressure cooker has been priced this low, and it won’t last long. Today’s sale is on for less than 24 hours. (Sigh, but it is a daily deal, after all.) Plus, there’s no telling if discounts this deep will return again on this 6-quart Instant Pot, so adding it to your kitchen arsenal ASAP is a no-brainer.