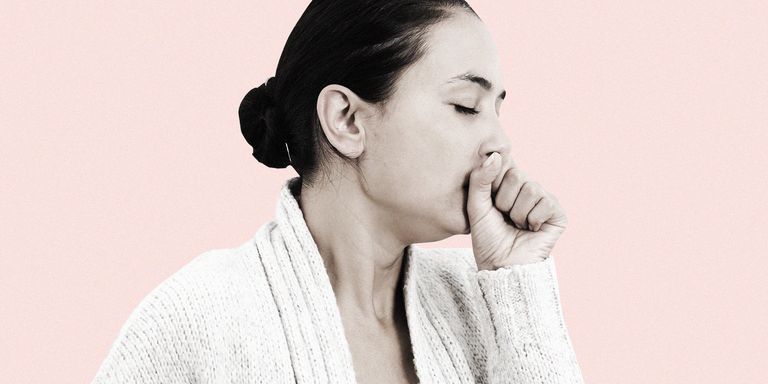 Sorry in advance for this truth-bomb, but: Burps are basically just farts that come out of your mouth.

Okay, they’re cuter and don’t normally smell like butt-farts do (bless up), but at the end of the day it’s all just air getting released from your stomach—and that’s generally a good thing. It keeps you comfortable and signifies that your digestive system is doing its job.

But if you’ve got excessive burping, or if your burps come with other weird symptoms, it may be a sign something’s off with your bod.

Tell me: How much burping is considered ‘excessive’?

“If you’re burping to the point where it’s bothersome and that’s happening three or more days a week, that’s when you should talk to a doctor,” says Rabia De Latour, M.D., a gastroenterologist and advanced endoscopist at NYU School of Medicine.

The first thing your doc will do is ask you about any daily habits you have that might be contributing to the problem.

“Aerophasia,” or swallowing air, is by the far the most common cause of mega-burping, De Latour says. It’s so common, in fact, that you may not even realize you’re doing it (like while drinking soda or chewing gum). All that swallowed air gets trapped in your esophagus and stomach and it has to get out somehow.

Burps are just memories of meals gone by.

Aerophasia doesn’t mean you’re sick; it’s a condition that you can fix by changing your behaviors (like cutting back on the soda or chewing with your mouth closed). “Burping by itself is almost never a sign of illness,” says Julia Kavanagh, M.D., an internal medicine physician with UCHealth.

But there are times when recurrent burping can signify a more serious, underlying problem—especially when it’s happening in conjunction with other symptoms, says Kavanagh.

These excessive burping symptoms should raise a red flag:

If your burps come on quickly out of nowhere, and are accompanied with nausea and lots of vomiting, this could signal a potentially life-threatening condition, says De Latour.

“If you can’t keep anything down and your stomach is distended and painful it can mean you have a blockage or bowel obstruction,” she explains. In that case, you need to go to the emergency room immediately, she adds.

It could also be a sign of the stomach flu, an infection, or even cancer, says De Latour.

A puffy stomach can happen from swallowing too much air, but if you’re extremely bloated and it’s painful, it can be another symptom of an obstruction. If normal methods don’t relieve it or if you start vomiting, get it checked out immediately, says De Latour.

IMAGINE not being bloated 24/7

Bloating isn’t always serious though—it can also happen with irritable bowel syndrome and lactose intolerance, two other conditions known to give people the burps, she adds.

3. You feel a really sharp pain in your ribs.

Hiatal hernias—a condition where your stomach bulges into your esophagus—can cause recurrent burping, says Kavanagh. On its own, a hiatal hernia isn’t an emergency, but it can be very uncomfortable.

There’s also risk the hernia will become “strangulated”—when the hernia cuts off blood supply to the rest of the abdomen, according to Harvard Health Publishing. A strangulated hiatal hernia requires emergency surgery, and can be fatal if left untreated.

If you burp a lot after a meal, your burps taste like stomach acid (a.k.a. barf-flavored), and you feel a burning sensation in your chest, you may have gastroesophageal reflux, says Kavanagh.

I am burping hot lava. I’m so done man

“Burping associated with symptoms of reflux should be attended to,” she explains. “It’s not good to have frequent acid reflux, it can be hard on your esophagus.”

5. You’re losing weight (without trying to).

Losing weight rapidly, along with burping, is another sign of a bowel blockage, says Latour.

Losing weight slowly, however, and when you’re not necessarily trying to, can mean you’re not digesting your food properly and your doc will want to check you for conditions like IBS, food allergies, or Crohn’s disease, Kavanagh says. Rarely, burping combined with weight loss can be a sign of stomach cancer, she adds.

When burping occurs with other gastrointestinal issues, including diarrhea, constipation, and farting, it can indicate an underlying condition like IBS, lactose intolerance, or food sensitivities, says De Latour.

Girl in my class talking about her IBS & how if she doesn’t burp she’ll puke and I’m just like SOMEONE UNDERSTANDS???

Seriously on the struggle bus? Make a complete list of all your symptoms (even the embarrassing ones!) to give your doctor when you go in for your appointment, so they can quickly identify your burping triggers