Home » Health News » 71% of residents in a tiny village in Vietnam have super E. coli

The village plagued by super E. coli: Scientists discover THREE QUARTERS of residents in a tiny Vietnamese hamlet carry a drug-resistant strain of the killer bug

Almost three quarters of residents living in a rural village in Vietnam are carrying a super strain of E. coli, scientists claim.

But 71 per cent of those living there harbour E. coli bacteria in their stomachs that is resistant to colistin – a last-ditch antibiotic.

Colistin-resistant bugs have already been spotted in the UK, US, Europe and Asia in recent years because of the overuse of the drug in animals. 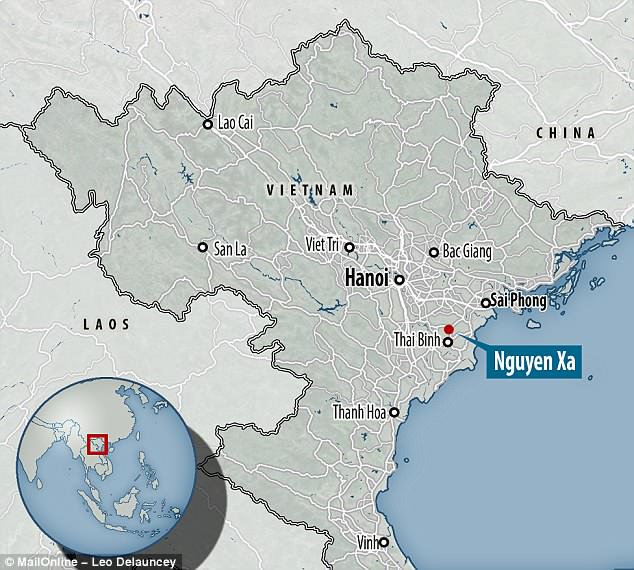 Nguyen Xa – 68 miles (109km) south east of the country’s capital Hanoi – is home to less than 8,000 people. But 71 per cent of those living there harbour E. coli bacteria in their stomachs that is resistant to colistin and several more antibiotics

Antibiotic resistance is considered one of the biggest threats to humanity and has been cited as severe as terrorism and global warming.

But some experts estimate superbugs will kill ten million people each year by 2050, with patients succumbing to once harmless infections.

Researchers conducted their study of Nguyen Xa in the Thai Binh province between November 2017 to February 2018. 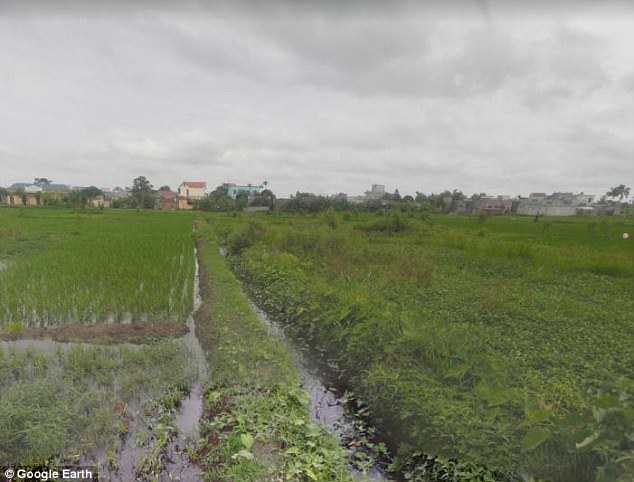 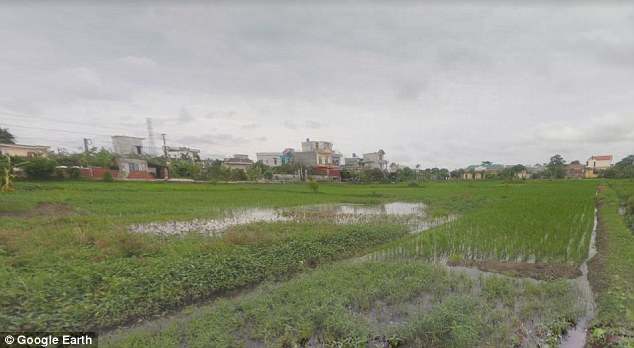 WHAT IS ANTIBIOTIC RESISTANCE?

The World Health Organization has previously warned if nothing is done the world was headed for a ‘post-antibiotic’ era.

It claimed common infections, such as chlamydia, will become killers without immediate answers to the growing crisis.

Bacteria can become drug resistant when people take incorrect doses of antibiotics, or they are given out unnecessarily.

Figures estimate that superbugs will kill ten million people each year by 2050, with patients succumbing to once harmless bugs.

In September, the World Health Organisation warned antibiotics are ‘running out’ as a report found a ‘serious lack’ of new drugs in the development pipeline.

Without antibiotics, caesarean sections, cancer treatments and hip replacements would also become incredibly ‘risky’, it was said at the time.

They took stool samples from 98 healthy participants living in 36 households to look for the presence of colistin-resistant E. coli.

The new study found colistin-resistant bacteria in 71.4 per cent of residents. All of the strains spotted were then identified as E. coli.

All but one of the samples possessed either mcr-1 or mcr-3 – two genes which can disable colistin.

Dr Yoshimasa Yamamoto, who led the study, presented the findings at the annual meeting of the American Society for Micriobiology in Atlanta.

‘It is a remarkable finding from a public health viewpoint that most households… had colistin-resistant E. coli carriers,’ he said.

Modern farming techniques have been blamed for the emergence of antibiotic-resistant strains of E.coli, campylobacter and salmonella.

Common bugs that make animals sick are mutating to become resistant to the antibiotics that farms use to eradicate them.

E. coli most often causes diarrhoea, but there are a few strains that can prove fatal. The most common way to catch the infection is through ingesting contaminated food or drink.

Antibiotic resistance, in which bacteria evolve to fight off drugs, is rapidly becoming seen as the biggest crisis facing modern medicine.

Desperate health chiefs have taken the matters into their own hands over concerns once harmless bugs could mutate and become killers.

It comes after several scientists warned in November 2015 that the world was hurtling towards a ‘post-antibiotic’ era when they identified bugs resistant to colistin in both patients and livestock in China.

Just a month later, Public Health England and the Animal and Plant Health Agency discovered samples of the same resistance on same farms and in humans. It has already been discovered in other parts of Europe and Africa.

The US reported its first case of a patient with a bug that is resistant to colistin in May the following year. The 49-year-old woman from Pennsylvania recovered.