A daytime nap enhances FALSE memories in the brain causing you to believe you saw things that you didn’t, study finds

A daytime nap may sharpen your mind – but it also enhances false memories, a new study has found.

Sleep is crucial for allowing the brain to clear out the overwhelming amount of information we have gathered during the day, allowing us to focus and digest more information.

However, a new study by Lancaster University found that a nap of one hour and 45 minutes can lead you to mis-remember your experiences – even believing some things happened that didn’t.

This grogginess, akin to the effects seen from oversleeping at night, particularly affects the right side of the brain, which is responsible for imagination, creativity, and a more fluid language network than the, broadly-speaking, logical left side. 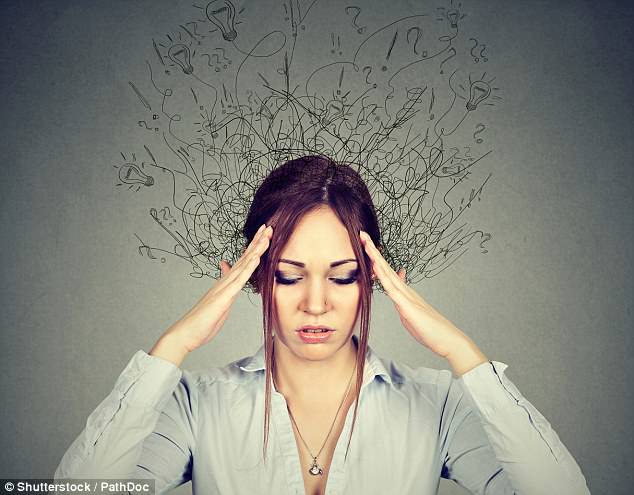 ‘The study is a great demonstration of the benefits of a daytime nap in terms of consolidation,’ co-author John Shaw, a PhD student in the psychology department, told Daily Mail Online.

‘But it highlights that the type of information we consolidate may undergo a change from the literal representation to a more abstract or gist-based form.

‘This is a great mechanism for general memory but the study does demonstrate the downside to this, with retrieval errors possible.’

The right side of the brain is already known to contain more false memories than the left, regardless of sleep.

There are many theories as to why, but Shaw believes it has something to do with the way the right side of the brain collects everything in a ‘gist-based form’, rather than as prescriptive words, as happens in the left side.

‘The hemispheres are different,’ Shaw explains.

‘The left has a “narrow” language network, where if you are presented a word (e.g., foot), it may trigger associations to other closely related words (e.g., toe, ankle, sock).

‘In the right language network, these associations can be more broad, so for the same word, it may trigger associations that you may not immediately think of (e.g., ball-football, inch (foot/inch as a unit of measurement).

‘So the right hemisphere transforms the words in a more gist-based form and as a result is more susceptible to these retrieval errors where we are confident of remembering something we never saw.’

However, until now it was not clear how sleep affects this jumbling and clarification of information – whether it affects memories in both sides of the brain or more heavily on the right.

This study, Shaw says, shows the right is the most affected by a daytime nap, and that is why it has such a strong impact on false memories, as well as sharpening real memories.

‘In day-to-day life, where we can use both hemispheres, it allows us to get the old word and the gist of the information together,’ he explains.

‘But here we’ve seen that the right hemisphere in particular promotes this gist form after sleep.’

To investigate, Shaw and Professor Monaghan tested two groups of people – one that to a nap of up to an hour and 45 minutes, and one that stayed awake all day.

Before the nap, both groups were given a word test.

They were asked to focus on a central point on a computer screen as 48 words appeared on the left or right of the dot. They were then instructed to press a yes or no key according to whether they had previously seen the word or not.

The group which had had a nap was ‘significantly more likely’ to see ‘unseen-lure’ words as old, thinking they had seen them before when they had not.

Analyzing their brain activity, the team found this effect on memory was only really seen in the right side of the brain.

According to Professor Monaghan, this showed how memory blurs as our brains are trying to sift through relevant and irrelevant information.

‘Our memory gets knitted up with all the things we already know, so we tend to store the gist of the information rather than the particular information,’ he told Daily Mail Online.

‘But our study shows that sleep magnifies this effect: processes in the right hemisphere of the brain are especially boosted by sleep.’