Home » Health News » A former Facebook psychiatrist says she’s been ‘training a machine’ to do her job for 5 years. The result is a $95-a-month drug delivery and online therapy service. 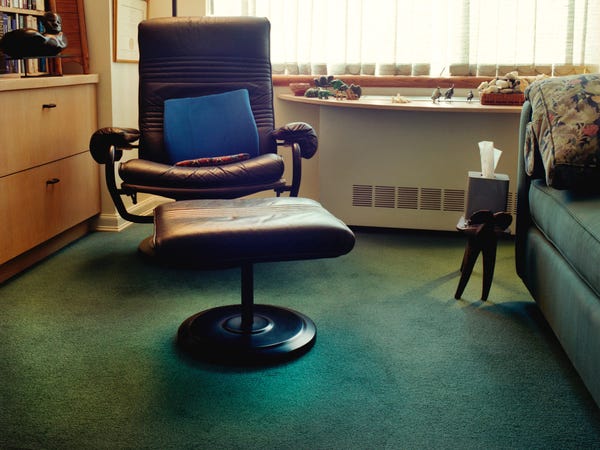 About a third of Americans are anxious or depressed right now, and understandably so.

The nation's coronavirus outbreak continues to worsen, even as other countries start to recover. An emergency batch of $600-a-week unemployment benefits dried up, while more than one in 10 Americans are looking for work. Many are being evicted from their homes.

With the uncertainty comes stress. Common antianxiety and antidepressant drugs have been in short supply this summer in the US, and more Americans are reaching for anti-insomnia pills. Major mail-order pharmacy Express Scripts reported prescriptions for antianxiety medications increased by 34% between mid-February and mid-March.

"It's become OK to say that you feel anxious," psychiatrist Mimi Winsberg told Insider. "And with that I think a lot of people have sought care where they might not have otherwise."

As many doctors' offices and therapists' couches sit empty, Winsberg says she has seen a 50% surge in patients flocking to her online psychiatry service, Brightside, for treatment. Brightside offers deliveries of antianxiety and antidepressant medications through the mail and therapy by text.

"We were very, very prepared for this kind of scenario," she said of the pandemic. "In some ways, it's exactly what Brightside has been designed for."

Winsberg used to be an in-house psychiatrist at Facebook's main campus in Silicon Valley, where she treated 14 patients a day. But she left Facebook this summer as videoconferencing for her psychiatry sessions became the new norm.

"The whole notion of an onsite doctor at a company has become passé in some ways," she said. Now she focuses full time on "effectively training a machine to be a good psychiatrist."

The Brightside system still relies on people to monitor their own symptoms, notice changes in their moods, and decide with their doctor on a course of treatment.

The online platform, which she's worked on during her off-hours for the past five years, provides mental-health treatment using many of the same diagnostic tools and questions that clinicians have relied on for decades.

The "machine" is a way to help both doctor and patient better notice patterns and trends over time, and suggest the kinds of treatment that might work best for them.

Winsberg turns answers from the classical questionnaires that customers fill in on the site into data that can be graphed out to chart mental wellbeing over time and determine whether treatment needs to be ramped up or dialed down.

One of Brightside's clients, Kaitlynn, started using the service in late 2019 after she was served an Instagram ad for it. At the time she was switching jobs, and in the process she lost access to her antidepressant prescription.

"My coverage ran out, so my medication ran out," she said. The 27 year-old says she's found in Brightside a more efficient way to get psychotherapy treatment right from her bed.

"I actually ended up on a higher dosage than I expected, but I'm doing so well on it that I'm totally fine with that," said Kaitlynn, who wished to use her first name only. "I would've probably never actually tried that with my previous doctor because I could never see them. They were so busy."

Brightside charges $95 a month for drugs to your door

Brightside debuted in January 2019 as a medication and psychiatry service allowing licensed medical doctors to prescribe patients drugs to treat anxiety and depression.

This is still Brightside's most popular offering, but the company, which has funding from Silicon Valley investment firms, including Slow Ventures, Bullpen, and MBX, has since expanded into text-based therapy.

For $95 a month, people in 30 US states can connect with a licensed psychiatrist who issues prescriptions for depression and anxiety medications to be delivered to the patient's mailbox. If patients pay $165 a month, they get unlimited text messaging with a licensed therapist. There's also a $240-a-month option to get both the pills and the therapy.

During the pandemic, the number of patients who have chosen the $240 hybrid plan has doubled, and Brightside has upped its network of therapists by 30%. The company wouldn't disclose exactly how many patients it treats or how many therapists and psychiatrists work for the service.

Brightside relies on patients to report how they feel and act, taking stock of how they say they're sleeping, how their mood fluctuates, whether they're having difficulty concentrating, if they're thinking about self-harm, and even tracking changes in their appetite.

All in all, the platform keeps tabs on more than 100 data points, and then translates those into clusters of symptoms. The goal is to help doctors prescribe the right medication, in the right amount, at the right time.

Winsberg says the model is designed so that patients won't be "parked on medication" longer than necessary.

Antidepressants have been linked to higher instances of suicidal ideation and violent behavior in kids and teens, more blood clots in adults, and more birth defects among the babies of pregnant women who take them.

Typically, patients have an "active phase of treatment" for about 12 weeks, and then move into a "maintenance" period for about six to nine months with Brightside, before they start weaning off their medication, "unless they have recurrent or treatment-resistant illness," a company representative said in an email to Insider.

Anna Lembke, the medical director of addiction medicine at Stanford University, said what Winsberg is doing is popular in the Bay Area.

"I probably hear from a startup like this once every couple of weeks," Lembke told Insider. "This is all the rage now in Silicon Valley, how to kind of measure all of these different seemingly objective data points, or even subjective ones, and gather them together in what's being called 'big data,' which is, again, a very hot topic in medicine right now, including in mental health."

She doesn't think there's anything more scientific or revolutionary about what companies like Brightside do compared to traditional mental-health care. Patients have been keeping track of their rhythms of mood, sleep, and anxiety in between appointments for decades.

"That's something that's been around for at least 30 years, if not longer," she said of the practice. "Sounds a little bit grandiose to say 'I've been training a machine.'"

Kaitlynn takes the old-school approach as a reassuring sign that what Brightside is doing is "legit." She says her meetings with her doctor at Brightside have ranged from just three minutes up to 15. When things are going well, she'll check in every two weeks or less.

"It's been great because it's super accessible," she said. "Antidepressants … It's so sensitive, you know? It's not like I want to clear out my whole day, just to be like, 'Hey, doctor. Can we up the dosage here?'"

Telehealth treatments for mental health remain unproven, and many have privacy issues

A recent nationwide survey from the US Centers for Disease Control and Prevention showed roughly one in three Americans have been struggling with anxiety or depression during the pandemic.

But the country's mental-health woes have lingered for decades. Many people can't even begin to seek the proper care because it's too expensive or too far from home.

"We have a serious national problem in terms of adequate recognition of psychiatric illnesses and their treatment," John Mann, a psychiatrist at Columbia University who studies the causes of depression and suicide, previously told Insider. "We're missing most of these cases. That's really the bottom line."

It's part of the reason Brightside's three founders say they started the company in the first place: Each has had a personal experience of a parent with depression. Two of the three founders have parents who died by suicide.

But whether a tech-centric approach to mental-health care can help people get better while guarding their privacy remains an open question. Among the slew of mental-health treatment tools that tech startups have introduced, none have been a huge success yet with patient outcomes, and many have dealt with privacy issues.

The mindfulness app Headspace has had a hard time proving itself better than placebo treatments, while text-based therapy-prescription service TalkSpace has been embroiled over privacy concerns.

A recent New York Times story showed how TalkSpace patients' texts with their therapists (conversations both the patient and the clinician had assumed were confidential) were often "mined for insights" about how to sell more therapy, or keep therapists from promoting mental-health tools outside the app.

Brightside is compliant with the Health Insurance Portability and Accountability Act (HIPAA) and up to date with US medical-privacy law, the company's CEO Brad Kittredge, a former VP of product at 23andMe, told Insider. Both TalkSpace and Better Health said on their websites they abide by the federal law restricting release of medical information as well.

"We practice best practices of data privacy," Kittredge said. "Our team never sees the data. It's shared with their doctor and that clinical team, just like it would be in an in-person encounter."

Brightside says its patient data is protected by "bank level" encryption and has no intentions of selling customer information to third parties.

A 'wish and a prayer,' for now

It's too early to say whether Brightside will prove its clinical worth. That's also the case for competing startups, some of which are experimenting with treating depression using passive monitoring techniques, instead of medication.

HealthRhythms, an app being developed with funding from the National Institutes of Health, uses GPS and accelerometer data from a patient's phone to track how often they are moving, when they're having sleepless nights, and how often they're turning on their screens, looking for patterns consistent with insomnia and depression.

"What we see as the huge potential of the smartphone is the ability to capture continuous, objective data that isn't subject to the biases of the observer," Ellen Frank, a psychologist and the CEO of HealthRhythms, said.

Brightside, in contrast, still relies on people to tell their doctors how they feel, and when they want more medicine.

"Probably a majority of those who could benefit from depression care don't get it, so if this helps to solve that problem, that's a good thing," Frank added. "Until you can show that Brightside, or Health Rhythms, or whatever is better than that control condition, we're really sort of operating based on a wish and a prayer."