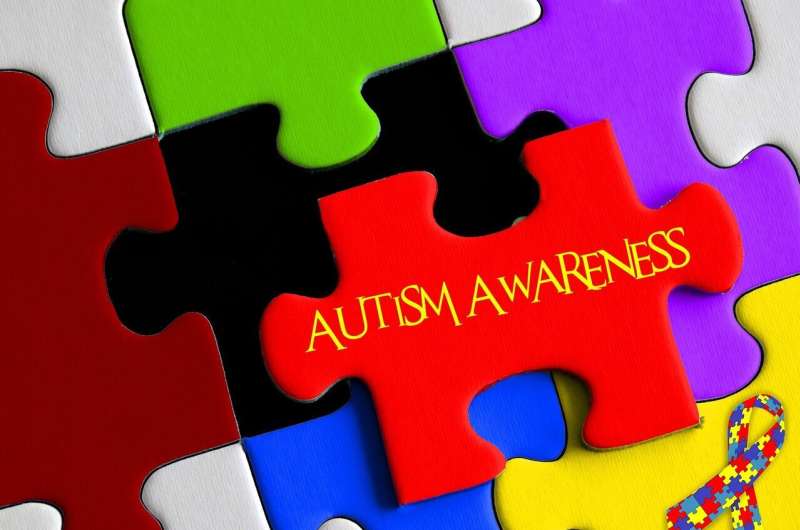 Mosaic mutations affect only a portion of a person’s cells. Rather than being inherited, they arise as a “mistake” introduced when a stem cell divides. A mutation in a stem cell will only be passed to the cells that descend from it, producing the mosaic pattern. When mosaic mutations occur during embryonic development, they can appear in the brain and affect the function of neurons. The earlier in development a mutation happens, the more cells will carry it.

Characterizing mosaic mutations in the brain

The two studies were part of the Brain Somatic Mosaicism Network, funded by the National Institute of Mental Health. The first study used deep, ultra-high-resolution whole-genome sequencing to quantify and characterize mosaic mutations in the frontal cortex of people with and without ASD. It was led by Rachel Rodin, MD, Ph.D. and Christopher Walsh, MD, Ph.D., of Boston Children’s, and Yanmei Dou, Ph.D. and Peter Park, Ph.D., of HMS.

When the researchers examined samples of brain tissue from 59 deceased people with ASD and 15 controls—the largest cohort of brain samples ever studied—they found that most of the brains had mosaic “point” mutations (alterations in a single “letter” of genetic code). They calculated that embryos acquire several such mutations with each cell division, and estimate that about half of us carry potentially harmful mosaic mutations in at least 2 percent of our brain cells.

In the brains of people with ASD, however, mosaic mutations were more likely to affect parts of the genome that have a pivotal role in brain function. Specifically, they tended to land in “enhancers,” portions of DNA that do not code for genes but regulate whether a gene is turned on or off.

“In the brains of people with autism, mutations accumulate at the same rate as normal, but they are more likely to fall into an enhancer region,” says Rodin, first author on the paper. “We think this is because gene enhancers and promoters tend to be in DNA that’s unwound and more exposed, which probably makes them more susceptible to mutations during cell division.”

“Mutations in enhancers are a hidden kind of mutation that you don’t see in typical diagnostic exome sequencing, and it may help explain ASD in some people,” notes Walsh, chief of genetics and genomics at Boston Children’s and co-senior author on the paper with Park, who led the study’s computational analyses. “We also need to better understand the effects of these mutations on neurons.”

The second study is the first large-scale investigation of copy number variants (CNVs) in people with ASD that occur in a mosaic pattern. As opposed to point mutations in a single gene, CNVs are deletions or duplications of whole segments of a chromosome, which may contain multiple genes.

A team led by Maxwell Sherman, MS of BWH, Po-Ru Loh, Ph.D. of BWH, Park, and Walsh studied blood samples from about 12,000 people with autism and 5,500 unaffected siblings provided by the Simons Simplex Collection and the Simons Powering Autism Research for Knowledge (SPARK) datasets. They used blood as a proxy for brain tissue and applied novel computational techniques to sensitively detect mosaic mutations that likely arose during embryonic development.

“People have been interested in CNVs in autism for a long time, and would occasionally notice that some of them were mosaic, but no one had really looked at them in a large-scale study,” says Loh, co-senior author on the paper with Walsh and Park.

From these large samples, the team identified a total of 46 mosaic CNVs in the autism group and 19 in siblings. The CNVs affected 2.8 to 73.8 percent of blood cells sampled from each subject.

Notably, the people with ASD were especially likely to have very large CNVs, with some involving 25 percent or more of a chromosome. The CNVs spanned a median of 7.8 million bases in the ASD group, versus 0.59 million bases in controls.

“This is one of the more interesting and surprising aspects of our study,” says Sherman, the paper’s first author and a Ph.D. student at MIT. “The kids with ASD had very large CNVs that often hit dozens of genes, and likely included genes important for development. If the CNVs were in all their cells, rather than in a mosaic pattern, they would likely be lethal.”

The study also suggested that the larger the CNVs, the greater the severity of autism as assessed with a standard clinical measure. Another surprise was that smaller CNVs already known to be associated with ASD when found in all cells, such as deletions or duplications of 16p11.2 or 22q11.2, were not associated with autism when they occurred in a mosaic pattern.

“This suggests that in order to get autism, you have to mess up a large number of cells in the brain in a pretty substantial way,” says Walsh. “We’re fairly sure that these large CNVs change the behavior of the neurons that carry them.”

“We don’t really know what cell fraction is important, or what particular chromosomes are most susceptible,” notes Loh. “These events are still very rare, even in people with autism.As larger cohorts are assembled, we hope to get some finer-grained insights.”