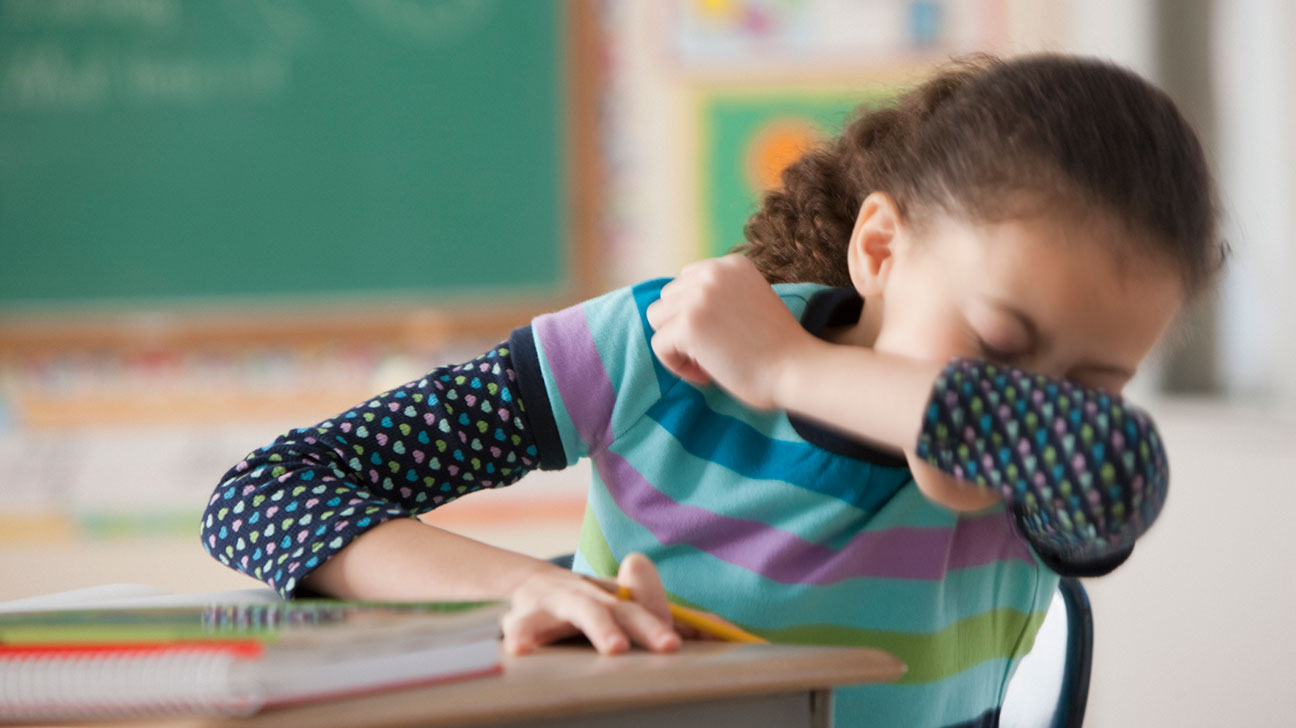 Constant sneezing, incessantly itchy eyes, and a runny nose can make people of all ages downright miserable during allergy season.

But while these symptoms generally aren’t considered a major health concern, they can make a big impact on a child’s ability to learn at school.

In fact, the symptoms of seasonal allergies can be confused with learning disabilities, or other conditions that can affect learning like attention deficit hyperactivity disorder (ADHD), said Dr. Maria Garcia-Lloret, a board-certified pediatric allergist at the UCLA Mattel Children’s Hospital.

“Adults can express their allergies more clearly, but allergies can leave kids in a fog. Children who are stuffed up can become unfocused and seen as inattentive in the classroom,” she said.

A child with untreated seasonal allergies may spend the entire lesson distracted by their discomfort, rather than learning — which can cause grades to drop and teachers to worry.

Furthermore, uncomfortable symptoms like congestion may lower the quality of kids’ sleep at night, making it even harder to focus at school, said Dr. Tania Elliott, a board-certified allergist and internist in New York.

“Kids spending all night stuffed up and mouth breathing will have their sleep pattern disrupted. They definitely won’t be as refreshed or attentive,” Elliott told Healthline.

How can you tell if it’s allergies or a learning disability?

Parents should consider when their child started struggling in school, how long it’s been going on, and whether they have traditional allergy symptoms.

“If the kid is thriving in every month except April and May, and all of a sudden you get calls that they’re not paying attention, it’s likely related to seasonal allergies,” said Elliott. “If you have a learning disability, you probably don’t have a chronic runny nose, for example.”

Allergies are the sixth-leading cause of chronic illness in the United States, according to the Centers for Disease Control and Prevention (CDC). They’re very common among both children and adults. In 2016, the CDC estimated that 5.5 million children had hay fever symptoms, while 7.6 million kids had respiratory allergies.

Garcia-Lloret estimates that about 20 to 30 percent of kids with allergies have trouble learning as a result of their symptoms.

“It might not be that they’re failing in school, but it affects their behavior. Teachers might say that the child is really fidgety,” Garcia-Lloret said. “Treating allergies can improve their concentration and ability to finish the work.”

How to stop allergy symptoms

If your child is having allergy symptoms, take them to their pediatrician or an allergist to figure out what’s to blame. Then, work with the doctor on a treatment plan.

“Many parents don’t want to give their kids medication, and I understand that. But if I find a connection between their lack of focus in school and their allergy symptoms, I ask them to go on an 8-week treatment plan,” said Garcia-Lloret.

Parents of children with moderate to severe symptoms should also take measures to reduce their exposure to seasonal allergens. Limit the time they spend outdoors when pollen counts are high, and have them wear removable clothes on their way to school.

“A light windbreaker, sunglasses, and a cap can help kids minimize the amount of pollen getting stuck on their clothes, eyes, and hair. Have them put those items in a closet as soon as they get to the classroom,” said Elliott.

Finally, see if the teacher will allow you to put an air filter in the classroom, she added. Minimizing triggers in class will keep kids with allergies more comfortable throughout the day.

Most people consider their seasonal allergies to be a short-term nuisance they deal with a couple of months out of the year. But when left untreated, their effects on everyday life can turn into long-term problems, including falling behind at school.