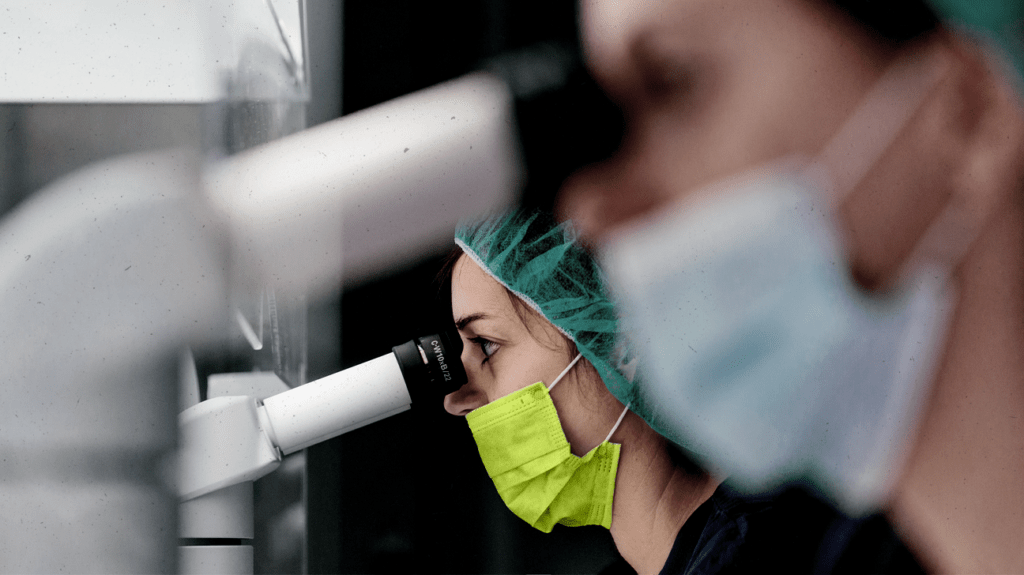 Mitochondria are structures within the cell that convert energy from food into energy the cell can use. Each cell contains hundreds to thousands of mitochondria. Although most DNA is found inside the cell’s nucleus, mitochondria also contain a small amount of DNA, known as mitochondrial DNA.

There is growing evidence that humanin and other similar mitochondrial microproteins play a role in several age-related conditions, including Alzheimer’s disease.

The Cohen Laboratory at the University of Southern California (USC), one of the three laboratories that independently discovered humanin in 2003, has discovered a new microprotein connected to the risk of Alzheimer’s disease.

Their latest research, published in the journal of Molecular Psychiatry, revealed that a mutation in the newly discovered ‘SHMOOSE’ microprotein is associated with a higher risk for Alzheimer’s disease across four cohorts. According to the researchers, nearly 1 in 4 individuals with European ancestry have the mutated version of the protein.

“The implications are not immediate, but we believe that [relatively soon], the SHMOOSE SNP [single nucleotide polymorphism] genetic variant that is found in over 20% of Europeans may guide both the classification of individuals that are at risk for Alzheimer’s that may benefit from certain preventive measures and also could inform the selection of medical interventions that will become available in the near future. A bit further ahead, SHMOOSE [protein] analogues may become available as therapeutics for individuals who carry the SNP and develop dementia, in a ‘precision medicine’ approach.”

Brendan Miller, Ph.D., first author of the study, studied mitochondrial DNA sequences from the Alzheimer’s Disease Neuroimaging Initiative (ADNI) database, searching for small variations in the genes called single nucleotide polymorphisms or SNPs. He found that a mutation in one particular mitochondrial SNP (rs2853499) was associated with a greater risk of Alzheimer’s disease and brain atrophy.

Dr. Miller and his colleagues then discovered that the mutated SNP causes a change in a mitochondrial microprotein, which they called “SHMOOSE.” The researchers used a technique called immunoprecipitation to isolate the SHMOOSE microprotein from the mitochondria of nerve cells.

When they analyzed this sample using mass spectrometry, they detected and identified two unique protein fragments from the SHMOOSE microprotein. The researchers reported that this is “the first unique mass spectrometry-based detection of a mitochondrial-encoded microprotein to date.”

Having identified a microprotein associated with a higher risk of Alzheimer’s disease, the researchers followed up on their discovery by carrying out studies in rats and cell culture experiments.

“Dysregulated mitochondrial associated brain energetics is one of the multiple pathways thought to be important for Alzheimer’s disease,” Andrew Saykin, PsyD, ABCN, Professor and Director of the Center for Neuroimaging and Indiana Alzheimer’s Disease Research Center, told MNT.

George Perry, Ph.D., Professor and Semmes Foundation Distinguished University Chair in Neurobiology at the University of Texas at San Antonio, told MNT that this study is “very important as it links risk of [Alzheimer’s disease] to cellular metabolism. There are numerous cell biology and biochemical studies that highlight this […] and finding genetic data further support[s] this view.”

Dr. Saykin observed that “with further development and validation there could be implications of this and other microproteins for early detection, longitudinal monitoring, and potentially for therapeutic targeting.”

He said the mutation, or variant, in the SHMOOSE microprotein “appears to confer a moderate risk for Alzheimer’s disease and is relatively common in the population” and “[this] alone makes it interesting.”

Dr. Nuriel added that “the fact that this is a microprotein that can theoretically be administered as a therapeutic agent is valuable.” He cautioned that “there will be a very long road ahead before any therapy derived from this microprotein could become a reality. Importantly, it’s unclear whether this SHMOOSE microprotein would enter the brain if given subcutaneously or intravenously. And if it doesn’t enter the brain, this would greatly limit its ability to be used therapeutically.”

When asked about the next step in the research following this discovery, Dr. Cohen told MNT, “Our immediate plan is to treat mice that have been engineered to develop Alzheimer’s disease with SHMOOSE over several months and assess the improvement in their symptoms and performance. We will also work on developing longer acting analogues of the pep[t]ide.”

The researchers noted in the study that “SHMOOSE is yet another microprotein of a growing number that modify mitochondrial biology.” According to a recent review, “thousands” of DNA sequences with microprotein-coding potential are currently unverified or functionally uncharacterized.