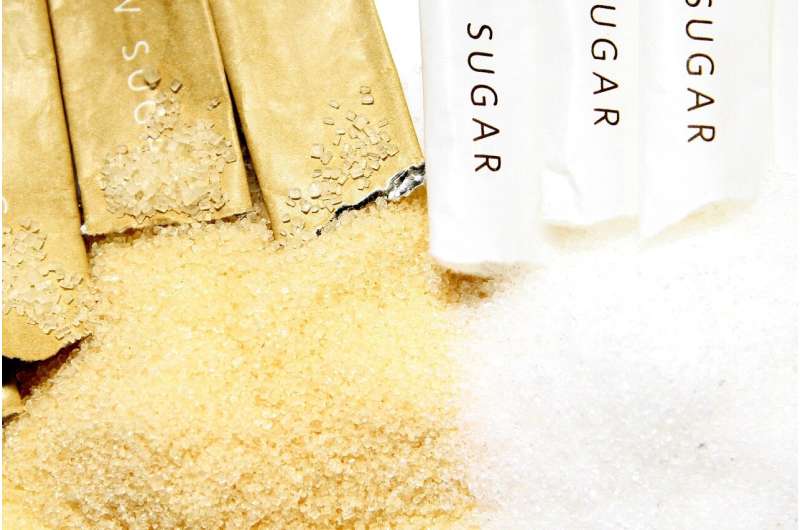 Although this overconsumption is known to contribute to Type 2 diabetes and other disorders, the exact ways in which eating too much sugar sets the stage for metabolic diseases on a cellular level has been less clear.

Now, a team led by Van Andel Institute scientists has found that surplus sugar may cause our cellular powerplants—called mitochondria— to become less efficient, reducing their energy ouput.

The findings, published today in Cell Reports, highlight the cellular implications of excessive sugar consumption and provide an important new model to study the initial metabolic events that may contribute to diabetes development.

“The body needs sugar, or glucose, to survive, but, as the saying goes: ‘All good things in moderation,'” said Ning Wu, Ph.D., an assistant professor at Van Andel Institute and corresponding author of the study. “We found that too much glucose in cells, which is directly linked to the amount of sugar consumed in one’s diet, affects lipid composition throughout the body, which in turn affects the integrity of mitochondria. The overall effect is a loss of optimal function.”

Using their new model, Wu and her colleagues demonstrated that excess glucose reduces the concentration of polyunsaturated fatty acids (PUFAs) in the mitochondrial membrane and makes mitochondria less efficient. PUFAs are vital players in supporting mitochondrial function and mediating a host of other biological processes such as inflammation, blood pressure and cellular communication.

Instead, excess glucose is synthesized into a different form of fatty acid that isn’t as efficient or as flexible as PUFAs. This upends the lipid composition of the membrane and puts stress on the mitochondria, damaging them and impacting their performance.

Wu and her colleagues were able to reverse this detrimental effect by feeding their mouse models a low-sugar ketogenic diet, which suggests that reducing glucose and restoring normal membrane lipid composition supports healthy mitochondrial integrity and function. They also found that consuming excess carbohydrates reduces the beneficial effect of PUFA supplements.