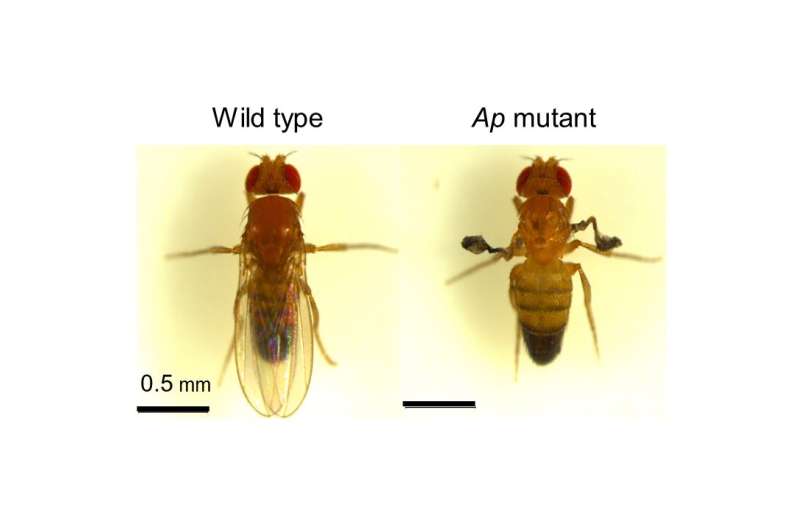 Researchers from Tokyo Metropolitan University have gained insights into the biochemistry of long-term memory. Studying fruit flies, they found that the Apterous (Ap) protein plays a crucial double role in retaining memories. Not only did it bind with the Chi cofactor to help maintain memories, but it also acted independently to regulate certain neurotransmitters and help long-term consolidation. Insights like these promise new approaches to the treatment of memory-related disorders.

Memories tend to be fluid. But when certain events are repeated or have a strong impact, memories of those events can be consolidated in our brains for long-term storage (long-term memory, LTM) and maintained over long periods of time. The biochemistry of memory is highly complex, and scientists are only now coming to terms with how it all works.

A team led by Professor Takaomi Sakai of Tokyo Metropolitan University have been studying the Drosophila fruit fly, a well-researched model organism, looking for answers to how memory works in animals. In their most recent study, they have uncovered the role played by a well-known developmental regulator called Apterous (Ap), a protein which plays a major role in the physical development of the flies. The word “apterous” means wingless; flies with a mutation in the Ap gene often do not have wings. Interestingly, it was known that Ap remained active even after physical maturation. Why this was the case remained a mystery.

Now, the team have confirmed that flies with an Ap mutation have problems with their long-term memory: the expression of Ap in adults was key to how they remembered past events, in this case, stress from courtship inhibition. Looking in more detail, they discovered that Apterous plays two very important roles in memory. Looking at fruit fly brains, they found Apterous in two locations, the mushroom bodies, structures in the brain of insects which are responsible for learning and memory, and in clock neurons, responsible for behavioral arousal and sleep.

In the mushroom bodies, Ap was found to work in concert with a cofactor called Chi, helping in the maintenance of long-term memories. More specifically, the Ap/Chi complex acts as a transcription factor, translating information in key genes to messenger RNA which in turn leads to protein production. However, in the clock neurons, Ap seemed to work alone. By comparing with Ap mutants, they found that Ap helped regulate the response of GABA receptors, responsible for responding to a key neurotransmitter known as gamma-aminobutyric acid (GABA). The right amount of activity from GABA receptors helped excite the large ventral-lateral (l-LNvs) clock neurons required to consolidate memories. In experiments to confirm this mechanism, the team could even counter some of the effects of Ap mutation by artificially suppressing the expression of GABA receptors. 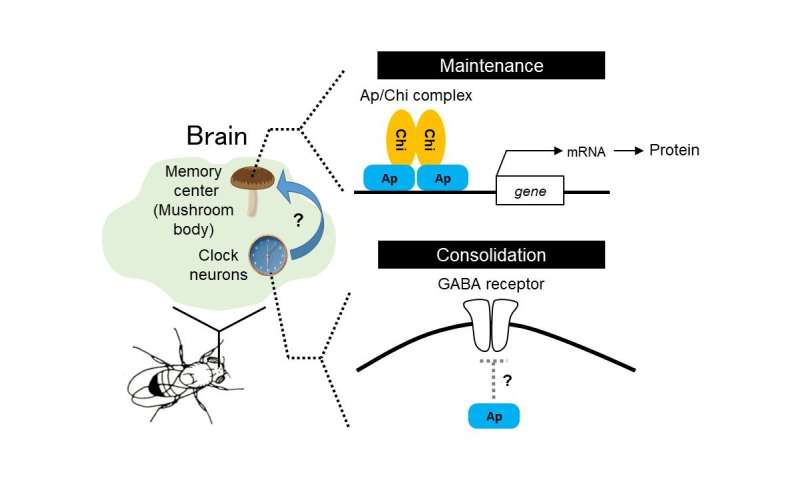