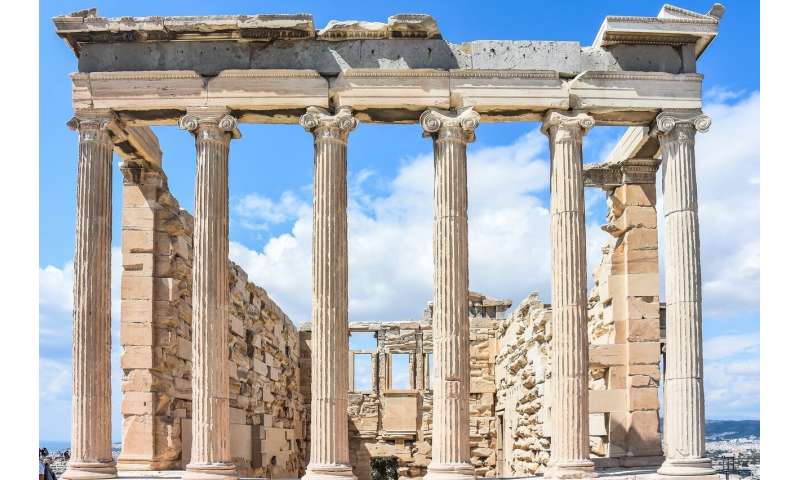 Athens hospitals are monitoring a surge in virus cases in Greece’s second city Thessaloniki and preparing “for the worst” as they expect an overflow of cases, director of a top Athens hospital told AFP.

In Thessaloniki, only four percent of beds remain vacant in intensive care units and that figure is just over 20 percent in Athens, according to the Greek Ministry of Health on Friday.

Greece has 588 ICU beds for COVID-19 patients in total and on Sunday severe cases requiring emergency intubation had reached 540 patients.

“We have not reached the peak of the pandemic in Greece yet, the situation can become worse and the pressure will be worse, too,” said Andreas Plemmenos, head of Voula Hospital, one of the biggest in Athens.

The Greek army is also setting up a mobile emergency medical unit in the parking area of the main military hospital in the northern city.

But the government has not excluded transfering patients from northern Greece to Athens.

In such a case, “things will be much more difficult”, Plemmenos said.

An increase of the number of patients requiring intubation has already alarmed health authorities.

“There is a geometric growth. Unfortunately between 30 percent to 40 percent of people in intensive care will die, that’s why we are concerned,” Plemmenos said.

One month ago, Greece had only 87 patients with coronavirus in its intensive care units but new cases have risen from 667 in late October to 2,500 and 3,000 daily.

The death toll was around eight daily but is now surpassing 100 on some days.

Since the beginning of the pandemic in February in Greece, around 1,630 people have died with more than 91,600 infected.

Plemmenos said for the numbers of cases to fall, “at least 20 days should pass” after the start of the second lockdown imposed in early November.

Greece weathered the first wave of the pandemic well in comparison to other European countries, but it is facing a resurgence of cases since late September.

“The second wave was expected but arrived earlier than expected,” Plemmenos said.

“The success of the country during the first wave had reassured people who since then haven’t observed the measures they should like keeping distances and wearing masks.”

Since the spring, Plemmenos’ hospital of 402 beds was reinforced with around a hundred more staff. A separate coronavirus unit of 24 beds was created in August.

“Initially, we only had three or four cases. Now it’s full,” he said. Last week, ten more beds were added to the unit.