Autism is an extreme version of the ‘male brain’ which makes it harder to read others’ emotions, breakthrough study reveals

Autism is an extreme version of the ‘male brain’ which makes it harder to read others’ emotions, a major study suggests.

Men, like people with autism, are typically less good with feelings and more likely to want to know how things work. 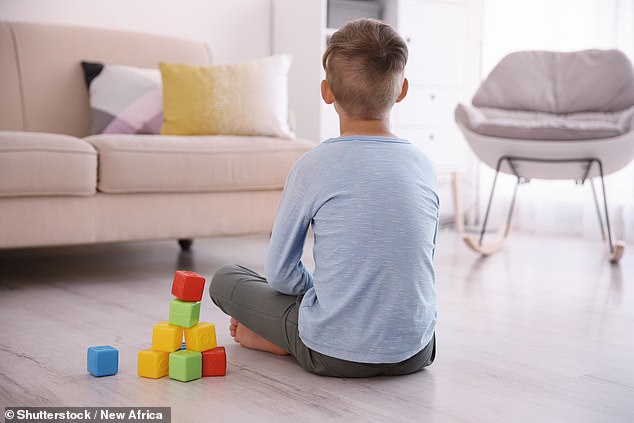 Compared to women, they tend to be more uneasy in social situations, less socially perceptive and may fail to understand why they have caused offence.

Researchers at the University of Cambridge, who analysed personality tests for more than half a million men and women, found both men and autistic people were more ‘systematic’ than ’empathetic’.

The opposite was seen in women, of whom 40 per cent scored highly for empathy, compared to just 24 per cent of men and 13 per cent of autistic men.

They conclude that being diagnosed with autism may mean having an extreme ‘male brain’, which can make it easier to obsess over a railway timetable than to work out how someone feels.

The male brain is seen most in men who work in science, technology, engineering and maths-based jobs, and could explain why men are two to three times as likely as women to be diagnosed with autism.

Professor Simon Baron-Cohen, director of the Autism Research Centre at Cambridge, proposed the extreme male brain theory for autism two decades ago, suggesting that men were better at ‘systemising’ by finding patterns and rules, while women were better at empathising.

THE SIGNS AND SYMPTOMS OF AUTISM

According to the Centers for Disease Control and Prevention, people with autism have trouble with social, emotional and communication skills that usually develop before the age of three and last throughout a person’s life.

Specific signs of autism include:

As senior author of the new study, he said: ‘These results only apply to groups of men and women, on average, not individuals. We cannot use it to say an individual will behave in a certain way.

‘But there are evolutionary reasons why it may make sense for more men to have a systemising brain, for survival reasons, to learn different methods of hunting for example.

‘Women on average may have developed better empathy, over millions of years, because it was important for child-rearing.

‘These results provide strong support for the theory that autism arises as an extreme version of the male brain.’

The study is based on 671,606 people who answered questions on a website for a channel 4 programme called Are You Autistic?

Participants, who included 14,354 people diagnosed with autism, answered questions designed to test their empathy, such as whether people found they were insensitive and if they could understand when people were upset or offended.

They also rated their agreements with statements which showed a systematic approach to life, such as ‘I enjoy looking through catalogues of products to see the details of each product and how it compares to others’ and ‘When travelling by train, I often wonder exactly how the rail networks are coordinated’.

This matters because more than half of people with autism have this personality trait, based on a follow-up study of more than 14,000 people.

The research, published in the journal Proceedings of the National Academy of Sciences, follows suggestions that autism is linked to over-exposure to the male hormone testosterone in the womb.

But the authors have denied claims of ‘neurosexism’ based on the differences they identify in male and female brains.

They also make it clear that autistic people do have empathy and care about others, concluding: ‘Difficulties with cognitive empathy tend to lead autistic people to avoid or be confused by social situations, rather than to act with cruelty.’