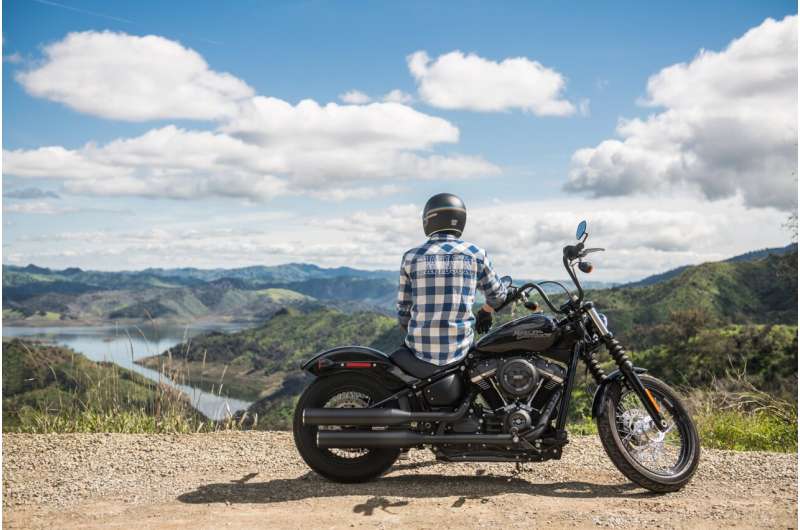 The e-commerce sector has led to a massive increase in the number of motorcycle couriers criss-crossing our city streets every day delivering packages and food to countless destinations. A new experimental investigation into the ergonomics of riding a motorcycle has now been published in the International Journal of Human Factors and Ergonomics.

Mohd Parvez and Abid Ali Khan of the Aligarh Muslim University in Aligarh, India, explain how riders spend many hours each day in the saddle and this comes with risks to their health. Poor posture, uncomfortable motorbikes, and the nature of the journeys the riders make might all contribute to discomfort and lead to long-term muscle and joint and other problems.

The team had volunteers ride a motorbike for a given period of time at a specific speed and looked specifically at whole-body vibration (WBV), which is considered to be one of the major ergonomic risk factors for motorcyclists, as described in the ISO 2631-1 assessment. Their results showed that WBV commonly exceeded the upper safety limit by more than five times. The effect was even worse for riders who adopted a posture where they lean forward over the fuel tank rather than riding upright with a straight back. In the leaning position, there is greater activity in the muscles of the upper back than in the more erect riding posture, which would lead to greater fatigue for the rider.

The team suggests that there now need to be ergonomic interventions to reduce the problem of WBV for couriers and other motorcyclists who spend many hours each day on a motorbike. Riding with an erect posture reduces WBV and upper back fatigue but increases discomfort in the buttocks and lower back. Interventions would need to take this into account in order to reduce the risk of work-related musculoskeletal disorders associated with motorcycling, they suggest.