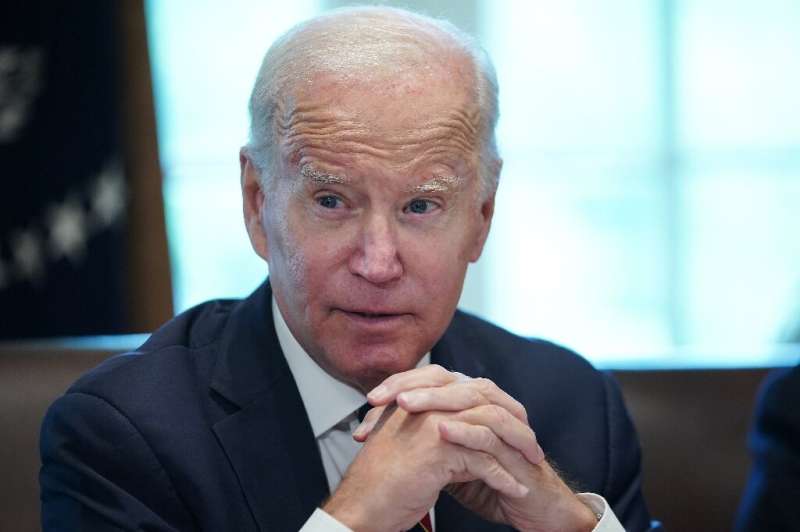 President Joe Biden will evoke John F. Kennedy’s famous 1962 speech on putting an American on the moon next week when he outlines his government’s goal of halving cancer deaths, the White House said Wednesday.

Biden will mark the 60th anniversary of JFK’s “Moonshot” speech with an event at the John F. Kennedy Library and Museum in Boston “to deliver remarks on the Cancer Moonshot and the goal of ending cancer as we know it,” the White House said.

While Kennedy used his speech to announce the program that ultimately put a human on the Moon for the first time in 1969, Biden will discuss what he calls the Cancer Moonshot initiative, which seeks to cut cancer death rates by half in the next 25 years.

Caroline Kennedy, the US ambassador to Australia and daughter of the assassinated JFK, told CNN she approved of the parallels drawn by Biden in the struggle to conquer space and the deadly disease.

“Sixty years after my father challenged Americans to land on the moon, President Biden is welcoming great challenges as new opportunities by setting us on a bold course to end cancer as we know it,” she said.

Biden’s son Beau died of brain cancer in 2015 when Biden was vice president to Barack Obama.

The following year, Obama asked Biden to lead the Cancer Moonshot plan. In February of this year, Biden relaunched the program, which seeks to provide government funding and support for everything from medical research to improving access to healthcare and better environmental conditions.

Biden’s focus on the cancer fight comes as NASA is once again looking to return to the Moon.

Two attempts to launch the agency’s huge Artemis 1 rocket from the Kennedy Space Center in Florida were shelved last week due to problems with a fuel leak. The next possible launch window is between September 19 and October 4.