Heart disease warning for bisexual men: Poor mental health, high rates of smoking and obesity put them at higher risk than any other orientation

Bisexual men may be more vulnerable to heart disease than their straight peers, new research suggests.

More than 30 percent of American men suffer from heart disease and it has long remained a leading cause of death.

But risk factors – like smoking and mental health challenges – are notably more common among gay and bisexual men.

As more and more men – especially younger ones – report non-heterosexual orientations, the authors of the new study caution that medical professionals should be extra-vigilant of these men’s mental and physical health. 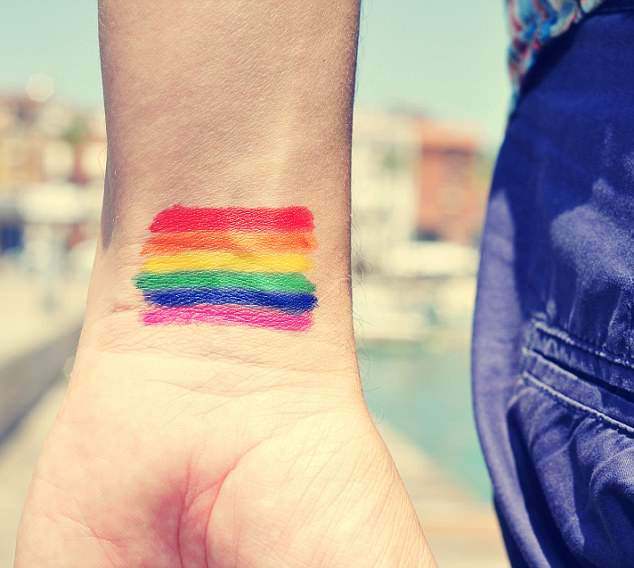 The heart is muscular organ, but over a lifetime it is also very sensitive to and impacted by all manner of lifestyle factors, including everything from what you eat to your emotional stress levels.

It is actually only a recent development that doctors recognize mental and emotional health as serious heart disease risk indicators.

Habits like smoking, drinking alcohol and poor diet have long been recognized as being behavioral manifestations of poor mental health that are also problematic for the heart.

But mental health itself were not considered as a direct risk factor for heart disease.

Though studies on this relationship have not yet established causality, we do know that stress itself  releases chemicals like adrenaline and cortisol that can contribute to high blood pressure.

And year after year, studies show that men who are gay and bisexual live with higher levels of mental distress than heterosexual men do.

Rates of depression are twice as high among bisexual adults, according to a report from the Human Rights Campaign.

The new study surveyed 7,731 men between 20 and 59 and found similarly staggering in the mental health of men depending on their sexual orientation.

Curiously, out of all the groups of men included, the lowest rate of mental distress – 9.9 percent – was among those who identified as heterosexual but also reported having sex with men.

But 23 percent of bisexual men said that psychological stress often plagued them.

‘Clinicians should be educated about sexual minority health and should routinely screen bisexual men for mental distress as a risk factor for heart disease. This is particularly important as healthcare organizations increasingly include sexual orientation as part of demographic questionnaires in electronic health record.’

Bisexual men also had the highest rates of smoking, obesity, high blood pressure and diabetes – all of which put them at elevated risks for heart disease down the line.

‘One explanation for heightened health disparities among bisexual-identified individuals (termed the double closet phenomenon) posits that they experience higher levels of stress from having to hide different aspects of their lives from heterosexual and sexual minority peers,’ wrote the study authors.

So far, the rates of heart disease are not higher among this group of men.

But most men don’t develop heart disease until they are 65 or older, however.

This means that the bisexual demographic itself is growing, and so too might the numbers of those men who develop heart disease later in life.