Cannabis oil could treat epilepsy: Landmark study reveals it can reduce the severity of fits by more than 40 per cent

Cannabis oil could be used to treat the rarest and most severe forms of epilepsy.

Known as CBD, the chemical has been incorporated within a new drug, called Epidiolex.

In early trials, the experimental drug was given to sufferers of Lennox-Gastaut syndrome, a form of epilepsy which triggers severe seizures.

Patients treated with the cannabis-derived compound experienced a 41.9 per cent reduction in ‘drop seizures’—a type of fit that results in severe loss of muscle control and balance. 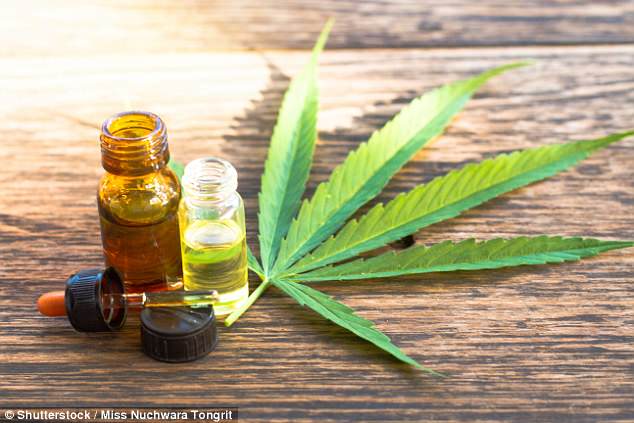 Cannabis oil could be used to treat the rarest and most severe forms of epilepsy. Known as CBD, the chemical does not produce a ‘high’ and has been incorporated with a new drug, called Epidiolex that can help treat Lennox-Gastaut syndrome (stock image)

Crucially, cannabidiol oil does not contain any THC, the psychoactive component of cannabis. In other words, CBD does not get you high.

In the latest study researchers looked at patients who suffer from Lennox-Gastaut, a severe form of epilepsy which causes extreme seizures and significant mental disability.

There are currently six medications approved to treat this condition but patients are often still struck down with extreme bouts of fitting.

This study, led by Orrin Devinsky, professor of neurology, neurosurgery, and psychiatry at NYU School of Medicine, took 225 patients with the condition.

These people ranged in age from two to 55 and were found around the world.

As part of the double-blind study, 76 patients received a large dose, 73 received a moderate dose and 76 were given a placebo.

Study co-first author, Anup Patel, chief of Neurology at Nationwide Children’s Hospital, added: ‘This landmark study provides data and evidence that Epidiolex can be an effective and safe treatment for seizures seen in patients with Lennox Gastaut Syndrome, a very difficult to control epilepsy syndrome.’

‘This new study adds rigorous evidence of cannabidiol’s effectiveness in reducing seizure burden in a severe form of epilepsy and, importantly, is the first study of its kind to offer more information on proper dosing,’ added Dr Devinsky.

Despite its success, the treatments often result in unwanted side-effects, which include: sleepiness, decreased appetite, diarrhoea, fever and vomiting.

The unwanted affects were described as mild to moderate. 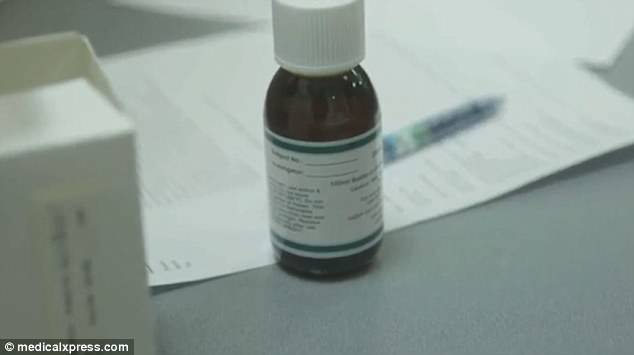 Lennox-Gastaut is a severe form of epilepsy which causes severe seizures as well as significant mental disability. Patients treated with CBD in the form of Epidiolex (pictured) experienced a 41.9 per cent reduction in ‘drop seizures’

WHAT IS CANNABIS OIL AND IS IT LEGAL IN THE UK?

Government advisers made it legal to buy cannabis oil in 2016

Government advisers made it legal to buy cannabidiol (CBD) oil in 2016 after they admitted that it has a ‘restoring, correcting or modifying’ effect on humans.

However, the oil’s legal status has confused thousands across England and Wales, after the MHRA back-tracked on its position just weeks after.

Suppliers now have to obtain a licence to sell it as a medicine, following the decision in October two years ago – but some weave the strict rules.

Manufacturers are able to avoid regulation by selling it as a food supplement – ignoring the lengthy process of gaining a medicinal licence.

CBD oil, which can reportedly help with back pain, anxiety and epilepsy, has yet to be approved for use on the NHS in Scotland.

It comes in many forms, the most popular being an oil – which users spray under their tongue – or gel tablets which melt slowly in the mouth.

However, cannabis oil – which contains THC, the compound that produces the ‘high, is illegal under UK laws.

But Billy Caldwell, from Castlederg, Northern Ireland, made headlines last April when he became the first Briton to be prescribed it on the NHS.

Cannabis oil, which reportedly has no side effects, influences the release and uptake of ‘feel good’ chemicals such as dopamine and serotonin.

‘These are real medications with real side effects, and as providers we need to know all we can about a potential treatment in order to provide safe and effective care to our patients.’

These findings come hot on the heels of serious pressure from independent organisations, charities and healthcare professionals to legalise the use of CBD.

Earlier this week, the Royal College of Nursing (RCN) voted to decriminalise cannabis for medical use.

It will lobby governments across the UK after a resolution at its annual general meeting of members in Belfast was passed. 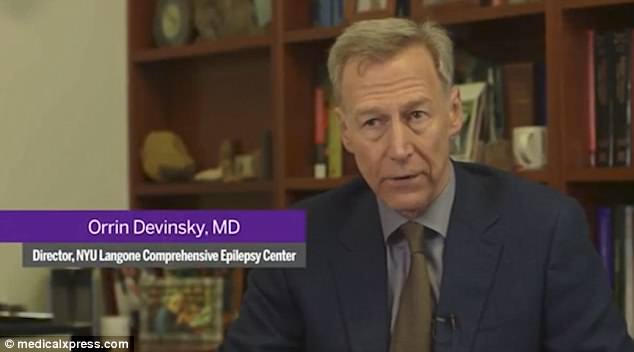 This study is not the first example of CBD being used to treat severe forms of epilepsy.

Here, the compound resulted in a 39 per cent reduction in seizures.

The research was published in the New England Journal of Medicine.