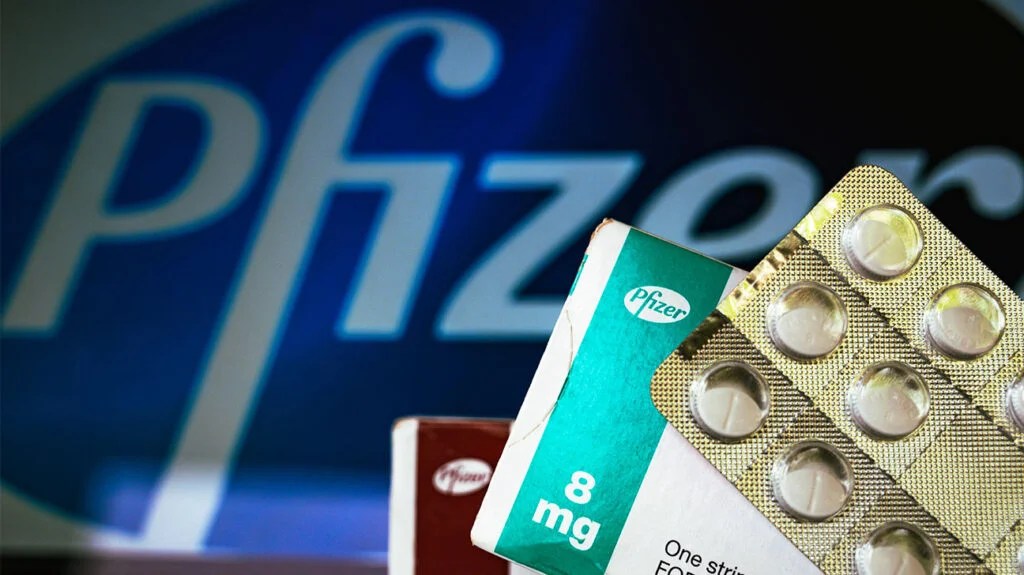 Although scientists developed vaccines to help protect people from COVID-19 in record time during the pandemic, developing an antiviral that targets SARS-CoV-2 — which is the virus that causes COVID-19 — has proved more complex.

There are a number of antivirals in development. Ridgeback Biotherapeutics and Merck Sharp & Dohme have just received approval for their oral antiviral molnupiravir to be used in COVID-19 patients in the U.K.

The decision came following the results of a phase 3 clinical trial that demonstrated a reduced risk of death or hospitalization by 50% compared with placebo. Merck is closely followed by Roche/Atea and Pfizer, who have their own candidate drugs in phase 2 and 3 trials.

Some jurisdictions are pinning a great deal of hope on the development of antivirals to tackle hospitalization rates. In fact, the U.K. government recently announced that it had ordered 730,000 doses of COVID-19 antivirals.

Although most orders were for molnupiravir, a quarter of a million were for Pfizer’s candidate drug PF-07321332 and HIV antiretroviral drug ritonavir, now formally called PAXLOVID. This was despite the pharmaceutical company not having published any clinical trial data for the candidate drug at the time.

Now, Pfizer has published details of a phase 1 clinical and preclinical trial. The results show that its candidate drug PAXLOVID is safe in humans at concentrations that are effective against SARS-CoV-2 in laboratory tests. This is true both when the drug is used on its own and when it is used alongside ritonavir.

Dr. Adam Bailey, an assistant professor in the Department of Pathology and Laboratory Medicine at the University of Wisconsin–Madison, explained the rationale behind this duo of drugs to Medical News Today.

“These are both protease inhibitors. Drug cocktails that have the same target can often be a successful way to reduce the likelihood of drug [resistant] mutations cropping up. Instead of striking upon a single mutation that confers resistance to one drug, the virus must acquire two or more different mutations to generate resistance to both drugs simultaneously.”

Pfizer started its venture by looking back at drugs that it had developed in preclinical trials during the 2003 severe acute respiratory syndrome (SARS) outbreak caused by the coronavirus SARS-CoV-1.

The researchers found that one of the drugs they had developed for intravenous use, which is currently in separate clinical trials, was effective against SARS-CoV-2.

Protease inhibitors work by preventing viral replication. Inhibiting viral replication should slow or halt infection. By administering PF-07321332 along with the existing Pfizer protease inhibitor ritonavir, the researchers expect the second drug to help slow the metabolism, or breakdown, of PF-07321332. This means that the drug should remain active in the body for longer.

In a series of experiments outlined in the journal Science, the researchers showed that the drug demonstrated antiviral activity in epithelial cells from the lungs and reduced viral load in mice.

In a small trial of 18 healthy adults, researchers from Pfizer then tested the safety of 150 milligrams (mg) and 250 mg of PF-07321332 taken twice per day both with and without 100 mg of ritonavir. They found that the drug was safe and well-tolerated with and without ritonavir.

The company is now carrying out phase 2 and 3 trials to determine whether or not PAXLOVID is effective in COVID-19 patients at risk of standard and severe illness. They also want to understand whether or not it prevents transmission of the disease in close contacts of people with COVID-19.

A challenge for the next phase of trials could be demonstrating the drug’s effectiveness against COVID-19, as symptoms often appear after viral replication has peaked.

This caused problems when investigating remdesivir’s effectiveness against COVID-19 in clinical trials, Dr. Bailey told MNT. People receive remdesivir intravenously, whereas they can take Pfizer’s candidate drug orally. This presents some hopes that it could be given earlier or given to high risk people as a preventive option.

“Individuals often have minimal symptoms when SARS-CoV-2 is reaching peak replication; the time during which antivirals would be most effective […]. This is true for most viral infections, but if given as soon as a person becomes symptomatic, or as prophylaxis following a high risk exposure, they can still be effective, such as oseltamivir for influenza infection.”

Despite these potential challenges, both Pfizer and Ridgeback Biotherapeutics and Merck Sharpe & Dohne’s developments are exciting prospects. This is according to Prof. Monica Gandhi, a professor of medicine at the University of California, San Francisco (UCSF) and the director of the UCSF-Gladstone Center for AIDS Research.

She told MNT: “This first-of-its-kind oral protease inhibitor for SARS-CoV-2 is a very exciting development. COVID-19 is unlikely to be eliminated but will become endemic, making tools for its ongoing control paramount. Vaccines are the mainstay of prevention, but treatment will be needed for those who decline vaccination or for those with moderate breakthrough infections on the vaccine.”

For live updates on the latest developments regarding the novel coronavirus and COVID-19, click here.