Home » Health News » COVID-19: What is a Paxlovid rebound? 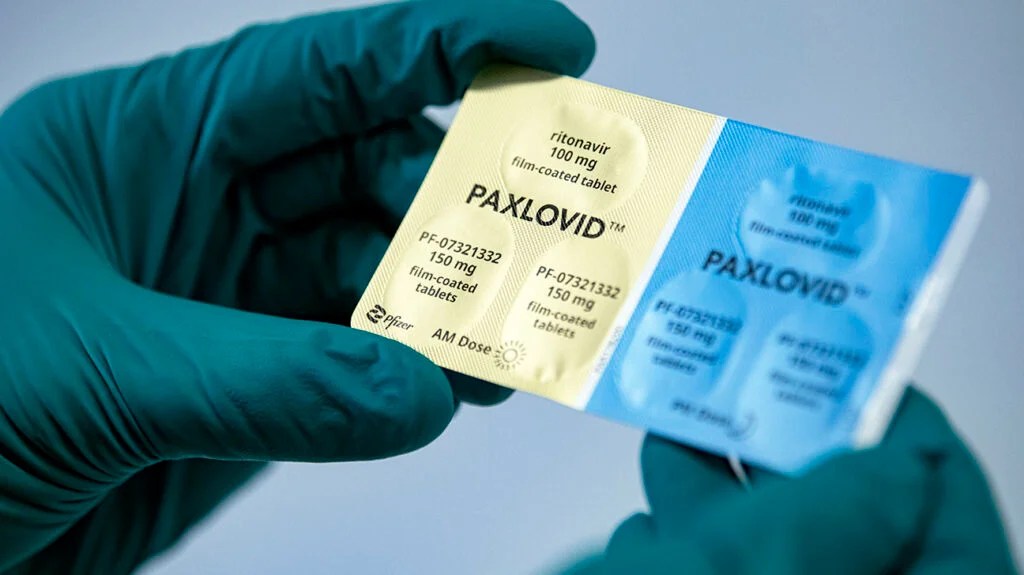 On December 22, 2021, the FDA granted emergency authorization for the use of , Pfizer’s drug for treating mild to moderate COVID-19.

A United States White House press release described it as “an oral antiviral pill which reduces the risk of hospitalization or death by about 90%.”

Yale’s infection diseases specialist Dr. Scott Roberts tells Yale Medicine: “I think it is the beginning of a game-changer. It’s really our first efficacious oral antiviral pill for this virus. It shows clear benefit, and it really can prevent hospitalization and death in people who are at high risk.”

Since that time, however, some people taking Paxlovid have seen a return of their COVID-19 symptoms after treatment ends. This includes the two most prominent White House occupants, President Joe Biden and his wife, Dr. Jill Biden, whose Paxlovid rebounds have been widely reported.

While Paxlovid has been, in general, very successful in treating COVID-19, the press coverage has left some with questions about Paxlovid and the chances of their experiencing a rebound.

What is a rebound, and why does it happen?

Dr. Robert Wachter, professor of medicine and chair of the Department of Medicine in the School of Medicine at the University of California, San Francisco, explained rebound to MNT.

“It’s not entirely clear why it happens, but we think it’s mostly that the virus and your immune system are in a tug of war,” added dr. Wachter.

Dr. Amesh Adajla, assistant professor at Johns Hopkins School of Public Health told us that “[i]t appears to be more frequently reported in the past several months [versus] earlier in the pandemic.”

Is rebound COVID-19 a new phenomenon?

“We know that COVID symptoms fluctuate a lot, so rebound is not really new,” said Dr. Davey Smith, professor of medicine at the University of California, San Diego.

“People have been more in-tune with this after treatment with Paxlovid. Rebound of symptoms is even common for people who were not treated with anything,” he pointed out.

Dr. Rong Xu is a professor of biomedical informatics and the director of the Center for AI in Drug Discovery in the School of Medicine at Case Western University.

In answer to this question, she told MNT:

“There are many anecdotal reports [about COVID-19 rebounds] — e.g., on social media — and CDC-issued health advisories. Therefore, it is not a new phenomenon, and it is also not unique for Paxlovid. But there is a dearth of data in systematically characterizing COVID-19 rebound[s]. In addition, our recent study shows that COVID-19 rebound is more likely to happen for BA.5 than the BA.2.12.1 subvariant.”

Why didn’t clinical trials detect this?

“They did,” said Dr. Wachter, “but in a very small percentage of people.” Dr. Smith agreed, noting that “[c]linical trials have shown this phenomenon since the beginning.”

“Of course, real-life experience has been different; while the published evidence still cites a relatively low probability of rebound with Paxlovid, most of us believe it is far more common — like in the 10-20% range,” he added.

“Just think about it: both Bidens, Fauci, virologist Peter Hotez… And my wife got it, and many friends — it simply can’t be 2–5%. But we really don’t have a good number for it.”

“There may be differences between trial population and real-world patients,” said Dr. Xu. “Omicron subvariants may also play some role, as our recent study indicates.”

Dr. Adajla also suggested “that [the lack of clear information about the prevalence of rebound symptoms] may be a result of trials occurring during times when non-Omicron variants were prevalent.”

Who is most at risk of COVID-19 rebound?

Dr. Adajla pointed out that while “[r]ebound is anecdotally being reported in users of Paxlovid, […] it can occur in individuals who are not prescribed any antiviral as well.”

“We do not know who is at greater risk for rebound of symptoms. Looks like it can happen to anyone,” said Dr. Smith.

According to Dr. Wachter:

“There are no great demographic or disease predictors — young/ old, vaccinated or not, severe initial case or milder. Seems to be pretty random. Some people think there may be some connection to starting on Paxlovid quickly, which has led some to recommend waiting a few days. (Paxlovid works as long as you start it by day 5.) But there’s no strong evidence backing this up.”

Dr. Xu pointed out, however, that the research in which she is involved suggests otherwise:

“Rebound can happen 2 and 8 days, or even 30 days, after the last course of the drug,” she added.

How long does it last?

“Great question! We don’t know yet, and we are actively investigating it,” answered Dr. Xu.

According to Dr. Wachter, “[an] average case lasts about 5 days [and] “[i]t is virtually always mild.”

“Only a handful of rebound cases that required hospitalization have been reported, and I’ve never heard of a rebound case leading to death,” he told us. “The downsides are: you’re infectious again, so [you] should go back into isolation, you may feel crummy again, [and that] it is unclear whether rebound is a risk factor for long COVID, but it might be.”

There may be some occasional cases of long-lasting rebound, but according to Dr. Wachter, these are likely very rare:

“I’ve heard of one person who continued to test positive for 20 days, but that’s distinctly unusual. Typical is that someone turns negative on about day 8, turns positive again (rebound) on day 12-13, and then turns negative (and stays negative) on day 18 or so.”

Dr. Smith largely agreed that rebound COVID-19 tends to be mild and short-lived. “It differs for everyone, but usually only lasts a few days and is generally mild,” he noted, while also admitting that “Dr. Fauci said that his rebound was more severe than his original symptoms.”

Could longer courses of Paxlovid help?

“Maybe,” said Dr. Smith, “but this needs to be studied before it is widely recommended.”

“Likely,” said Dr. Xu, “but we don’t know yet,” pointing again to the lack of good data.

“Longer courses of Paxlovid are being studied,” noted Dr. Adajla, “to see if [the] duration of antiviral treatment has any bearing on the incidence of this phenomenon, but much more work is necessary to understand what governs rebound.”

Dr. Wachter expressed concern that the answer to this question remains unknown at the time of writing.

He did not mince words about this issue: “I think it’s scandalous that this hasn’t yet been tested in a clinical trial. This is really the big question.”

Still, he surmised that “a 7- or 10-day course [of Paxlovid] would prevent most cases of rebound, but there has not yet been a reported clinical trial.”