When you subscribe we will use the information you provide to send you these newsletters. Sometimes they’ll include recommendations for other related newsletters or services we offer. Our Privacy Notice explains more about how we use your data, and your rights. You can unsubscribe at any time.

Covid case rates have formed a central tenet of various government responses since early last year. These rates show whether their coordinated efforts produce results, which have proven encouraging for some individual nations. But the overall picture shows a concerning trend, with cases reaching a peak not yet seen since the pandemic began.

Where are Covid cases the highest?

While some countries, namely England, Wales, the US and Israel, have managed to vaccinate significant swathes of their populations and now approach restriction-less life, the global case rate is rising.

Caseloads are smashing previous records set in late 2020, with more people diagnosed over the last seven days than any other week since the pandemic began.

Data from scientists at Johns Hopkins University shows a total increase in caseloads of 12 percent. 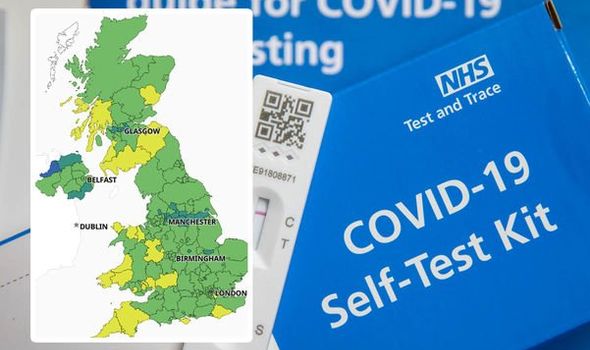 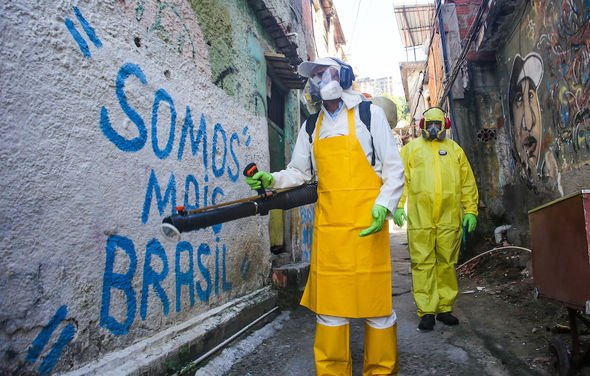 Two countries are shouldering most of the case burden, Brazil and India.

The nations, both in the developing world and lacking the vaccine resources of other countries, have vast and densely packed populations.

They have covered approximately 4.5 and 8.3 percent of their people with jabs, respectively while beating back daily case increases of 200,000 and 30,000. 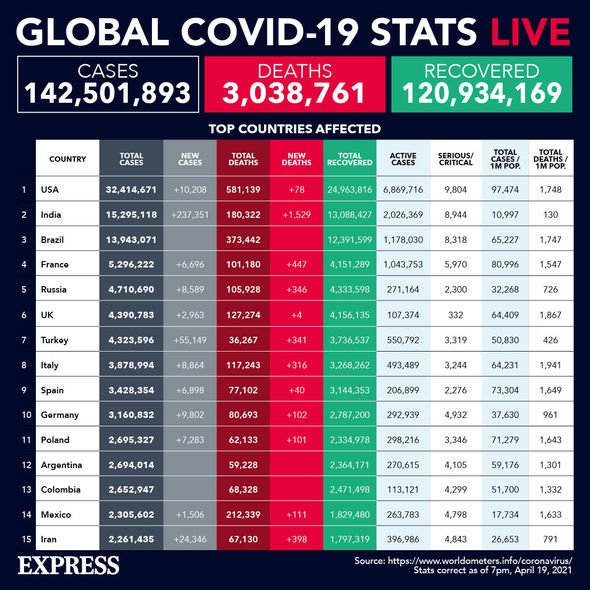 India is now home to the second most significant outbreak after taking the unenviable position from its South American counterpart in March.

The World Health Organisation (WHO) has expressed its concern at the revelations.

Speaking from a briefing focussed on the eastern Pacific region and Papua New Guinea, the organisation’s chief said the news was “worrying”.

Tedros Adhanom Ghebreyesus focussed his attention on the potential for a “much larger epidemic” despite smaller numbers in the area but addressed the latest global rates. 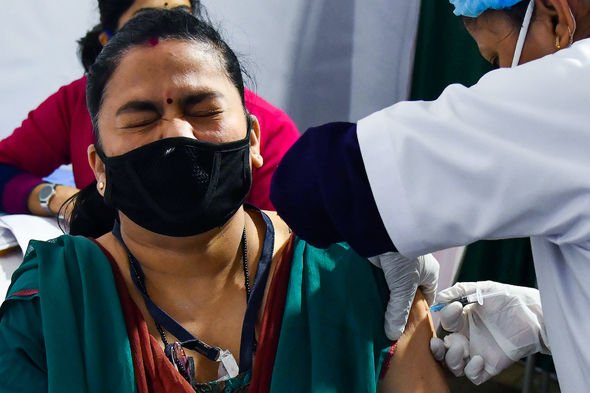 He said: “Globally, the number of new cases per week has nearly doubled over the past two months.

“This is approaching the highest rate of infection that we have seen so far during the pandemic.”

He said: “Globally, our message to all people in all countries remains the same.”

“We all have a role to play in ending the pandemic.”

Rich nations currently out-vaccinate all others, according to the United Nations, with roughly one person covered every second.

Poorer countries have had trouble crossing this dividing line, with many yet to issue their first dose.

Experts have championed the developed world’s role in assisting other nations with vaccinations by exporting help or jab supplies.