Cancer symptoms: Top 14 early signs to look out for

Gareth Alexander, 46, was initially told the pain he was feeling was muscular. It did not subside though, so IT worker Gareth was sent for an X-ray, which revealed a tumour in his chest.

In June 2019, he was diagnosed with myeloma—a rare and incurable blood cancer, reports Belfast Live.

Myeloma is especially hard to spot as its symptoms are often vague and dismissed as ageing or other minor conditions.

Around 6,000 new myeloma cases in the UK are diagnosed every year. 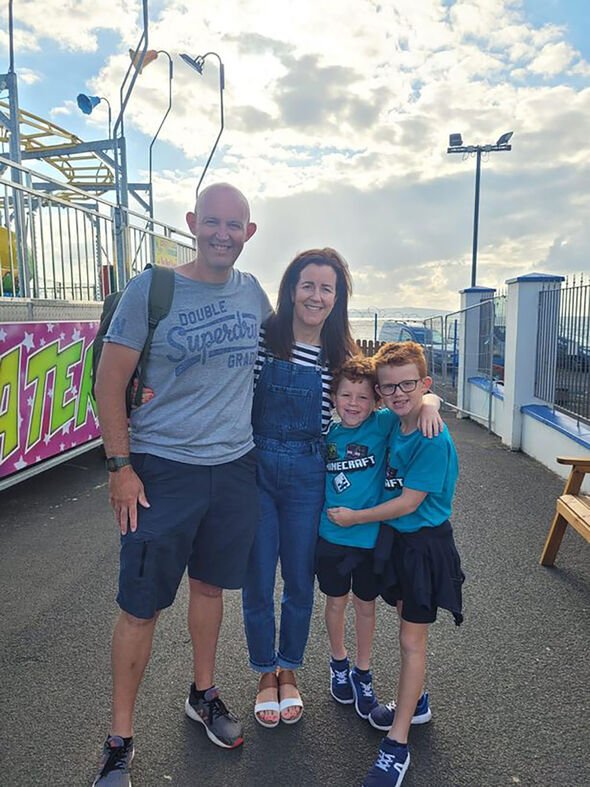 Gareth, from Bangor, Northern Ireland, said: “It was the start of 2018, I was 42 and I was getting chest pains.

“It was very similar to a chest pain I’d had about ten years ago which was muscular and would flare up when I was lifting something really heavy.

“Within 3-6 months it was back to normal and I was able to play a bit of golf and cricket and hadn’t any problems with my chest again.

“It happened again at the start of 2018 and it felt like the same pain.

“I went to a couple of GPs who gave me the same diagnosis as previous and to be honest that is exactly what it felt like.

“I was expecting it to disappear again but it didn’t at all.

“I couldn’t swim or play football, I struggled lifting the kids and that kind of stuff.” 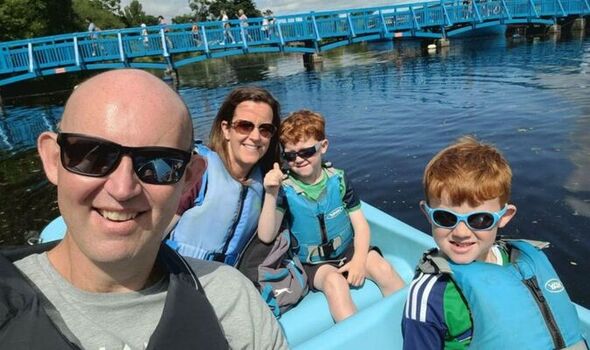 He added: “The start of 2019 then the GP recommended a bit of physio… I ran out of sessions, I had got private healthcare with work and needed a consultant referral to carry on doing it.

“It was a thoracic consultant and his initial reaction was something similar but sent me for a CT scan anyway. I got it within a week and it showed a tumour on my chest.

“At that stage they were looking at potential chest surgeries and trying to remove tumours and bits and bobs.

“Whenever I went to get my biopsy stuff done it came back as myeloma. I had never heard of it and didn’t know what they were talking about.”

The dad-of-two, who works in IT, was referred to the Bridgewater Suite at Belfast City Hospital.

“It’s not a great prognosis but [the consultant] did give you hope… She was able to give me examples of patients of hers who were able to carry on with their normal life and go back to doing sporty things and all the rest.

“I went to a myeloma event a while ago and other patients had more or less the exact same symptoms as I had,” he explained.

Gareth says his biggest worry was his two sons as he explained how much of a shock his diagnosis was. 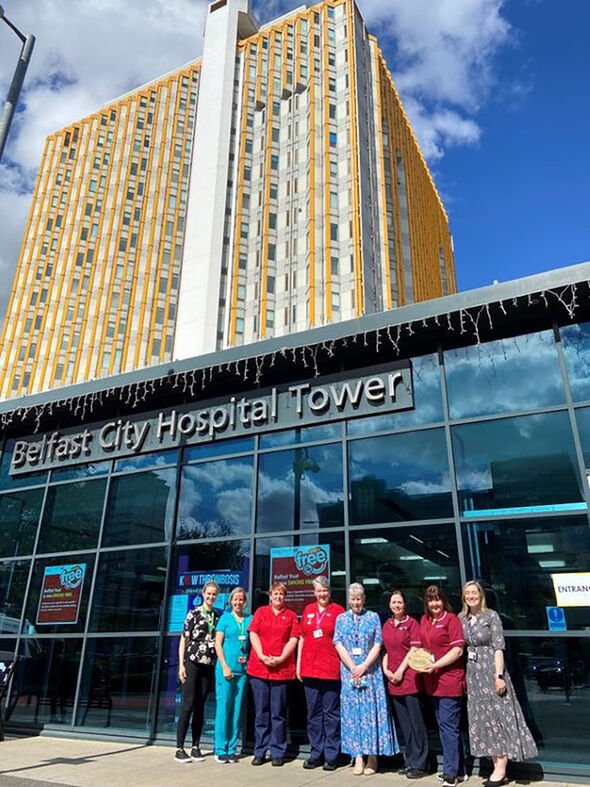 He said: “Even at the chest surgery stage of diagnosis, the chest surgeon was saying ‘This is going to be a massive surgery we are going to do’ but at least at that you are thinking, ‘That’ll be it done’.

“Then you hear it is myeloma and there is no cure… The treatment then started with radiotherapy that sort of completely shrunk down or got rid of the tumour on my chest.”

Gareth then had six cycles of chemotherapy which finished in December 2019.

“The radiotherapy completely removed the pain of the chest. Once I got to that stage I thought, ‘I know this isn’t great but at least I’ve no chest pain anymore’. It was a relief.

“The chemo was popping into the City a few days a week and I didn’t really have any great suffering,” he said.

Gareth then had a stem cell transplant which was delayed for a few months due to Covid.

“The first day the cancer wards reopened I was pretty much first through the door. It’s a four week stay in hospital… It kind of leaves you completely weak and with the immune system of a newborn baby.

“You have to build yourself up from nothing again really. I did a lot of walking again and eventually got back out on my bike with my cousin once a week and within a few months I was feeling reasonably fit and able to get on with normal duties.

Gareth has praised the doctors, nurses and other staff who looked after him at Belfast City Hospital.

“Every single time I went anywhere near the place they were absolutely brilliant. In the early days before Covid the waiting room was just packed, every hour of every day.

“The doctors and nurses were just fantastic.

“My consultants are wonderful. They really are.

“There are 2 specialist myeloma nurses Jackie and Christine who are fantastic. Not only do they offer advice about the illness but also all the things that are affected by it. They can refer you to nutritional advice, family advice and financial planning – all things that worry you after diagnosis.

“Also after I had my transplant a personal trainer Joe would come to my room to do a few exercises to build up strength again. After I got home he continued to do this over zoom which was great.”

Gareth explained how he remains positive and added: “The initial diagnosis is seven years maybe type thing but then you do hear more stories about people who have had it for 20 years and are still fine.

“There is obviously a massive amount of research going into blood cancer treatments in general at the moment.”

Gareth says his friend has recently received the same diagnosis as him after suffering back pain.

He is now urging anyone with pain which they feel is not normal to seek help.

Belfast City Hospital has now received a national award for its commitment to patients living with incurable blood cancer.

The hospital’s haematology team was this month presented with the Myeloma UK Clinical Service Excellence Programme (CSEP) Award in recognition of its outstanding care and dedication to patients with myeloma, an incurable blood cancer which claims the lives of 3,000 people in the UK each year.

Belfast City Hospital is the first hospital in Northern Ireland to receive the award.

Staff were praised for their commitment to improving patients’ quality of life and eagerness to adapt and truly listen to their needs.

The accolade, awarded by charity Myeloma UK, recognises hospitals’ commitment to raising the bar for treatment and providing compassionate and personalised care to patients.

“As a team we focus on ensuring patients and their families receive the best possible care and support.

“We are particularly proud of our fantastic nurse-led clinics, home-delivery service and close working relationships with other specialities.

“We continue to look for ways to improve and expand our service whilst constantly advocating for our patients.”