Home » Health News » Dangerous counterfeit drugs are putting millions of US consumers at risk, according to a new study 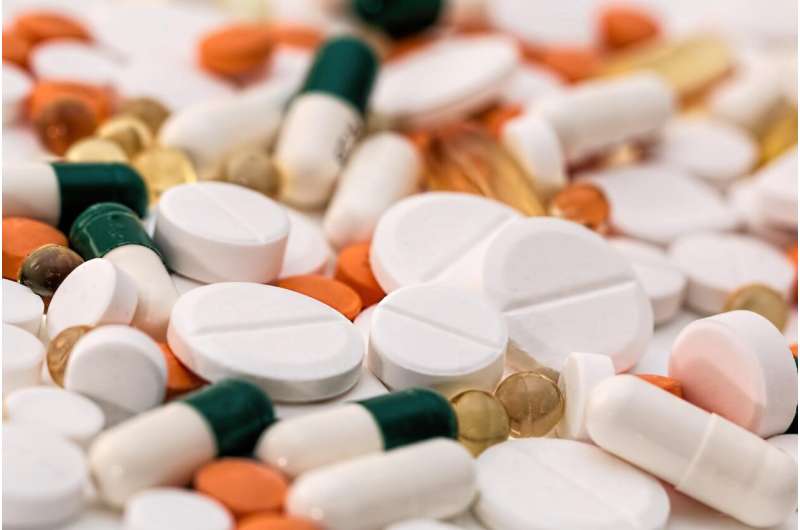 The Food and Drug Administration took 130 enforcement actions against counterfeit medication rings from 2016 through 2021, according to my new study published in the journal Annals of Pharmacotherapy. Such actions might involve arrests, confiscation of products or counterfeit rings being dissolved.

These counterfeiting operations involved tens of millions of pills, more than 1,000 kilograms (2,200 pounds) of active ingredient powder that could be turned into pills in the U.S. and hundreds of millions of dollars in sales. Unfortunately, with over 11,000 rogue pharmacy sites selling drugs on the internet, these actions barely scratch the surface.

The FDA’s Office of Criminal Investigations conducts and coordinates criminal investigations into manufacturers and individuals violating federal drug laws. The agency maintains a database with links to press releases for their enforcement actions. Overall, in 64.6% of cases in that five-year period, the counterfeit products were sold over the internet, and in 84.6% of the enforcement actions taken, the products were obtained without a prescription.

Many of the counterfeit drugs were for controlled substances like opioids such as oxycodone and hydromorphone and stimulants such as those commonly used to treat attention-deficit/hyperactivity disorder, as well as benzodiazepines, which are used for anxiety and sleep. China, India, Turkey, Pakistan and Russia were the most common countries supplying U.S. consumers with counterfeit drugs.

In addition, from November 2021 to February 2022, counterfeit versions of drugs used for chronic conditions—such as the transplant medication tacrolimus, sold under the brand name Limustin, and the anticoagulant rivaroxaban, or Xeralto—were found on Mexican pharmacy shelves.

In the U.S., the Drug Quality and Security Act of 2013 secures the medication supply through a national electronic track-and-trace system that allows a specific medication to be followed from the manufacturer to the pharmacy. While the medications in licensed U.S. pharmacies are secure, a Kaiser Family Foundation survey found that 19 million people in America obtained prescription medications that are likely counterfeit through non-U.S. licensed internet pharmacies or while traveling abroad. The National Association of Boards of Pharmacy found that 96% of the 11,688 internet pharmacies they analyzed did not comply with U.S. federal or state laws. Of these, 62% did not reveal their physical location and 87% were affiliated with “rogue networks of internet drug outlets.”

The FDA offers some guidance to help consumers determine whether an online product is legitimate.

Opioids, benzodiazepines and stimulants are highly addictive and dangerous when taken inappropriately or when used together. While these counterfeit medications may look legitimate, the active ingredients that are supposed to be in these controlled substances are frequently replaced with more dangerous alternatives like fentanyl. Four in 10 counterfeit opioid pills containing fentanyl harbor a potentially lethal dosage.

According to the Drug Enforcement Administration, the U.S. confiscated 9.5 million counterfeit pills from April 2020 to April 2021—more than the previous two years combined. This is a likely driver of the 100,306 drug overdose deaths in the U.S. over that time.