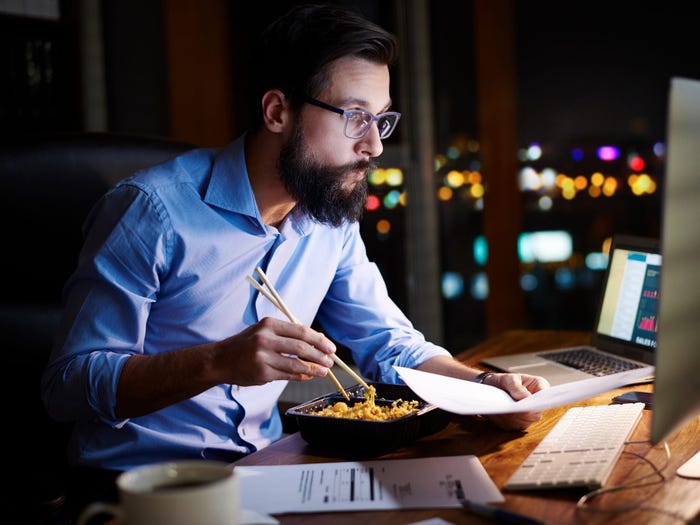 Midnight snackers, rejoice — there's new evidence that you don't have to eat early in the day to lose weight.

A small new study suggests meal timing doesn't make a difference for weight loss, as long as you're eating the same total amount of calories.

By the end of the study, participants from both groups had lost weight and had lower blood pressure, regardless of when they ate. That suggests eating early didn't have any advantage, which surprised researchers, according to study author Dr. Nisa Maruthur, associate professor of medicine, epidemiology and nursing at Johns Hopkins University in Baltimore.

"We thought that the time-restricted group would lose more weight," Maruthur said in a press release. "Yet that didn't happen. We did not see any difference in weight loss for those who ate most of their calories earlier versus later in the day. We did not see any effects on blood pressure either."

Eating at night may lead to more junk food, though, particularly if there's alcohol involved

Previous research has found that eating at night might be linked to poorer food choices, however. A September study found that eating later was linked to consuming more processed foods, and more calories overall. Those nighttime snacking tendencies were also more likely to include alcohol, and there's good evidence that tipsy people tend to reach for unhealthy snacks and overindulge.

But according to this latest research, there's no reason for late night eating to be inherently unhealthy. And when it comes to weight loss, calories still seem to matter more than when you eat.

"We have wondered for a long time if when one eats during the day affects the way the body uses and stores energy," Maruthur said in the press release. "Most prior studies have not controlled the number of calories, so it wasn't clear if people who ate earlier just ate fewer calories. In this study, the only thing we changed was the time of day of eating."

These findings will be presented at the American Heart Association's Scientific Sessions 2020 this month.

The researchers are also compiling more detailed findings from the study, and looking at data about how meal timing might affect blood sugar, insulin, and other hormones.

People who eat chili peppers may be less likely to die of heart disease and cancer, research shows