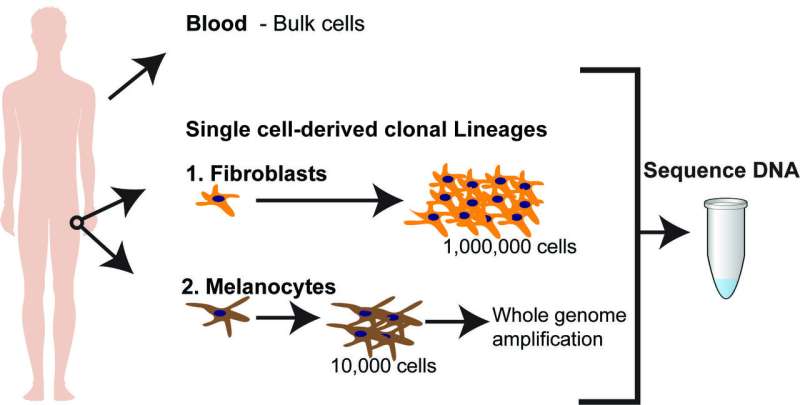 For the first time, scientists have measured the different types of genomic DNA changes that occur in skin cells, finding that mutations from ultraviolet (UV) light is especially common, but Black individuals have lower levels of UV damage compared to white people. Dmitry Gordenin and colleagues at the National Institute of Environmental Health Sciences, report these findings January 14 in PLOS Genetics.

The DNA in our skin cells suffer damage from sources inside and outside the body, leading to genomic changes such as mutations that may lead to cancer. UV light is the major source of these mutations, but byproducts of cellular metabolism, like free radicals, and DNA copying errors that occur during cell division also cause genomic changes. These mutation-causing mechanisms are well known, but previously, no one had been able to accurately measure the relative contributions from each source.

The researchers suspect that Black individuals may be better protected from UV light due to having higher levels of the skin pigment melanin. Supporting this idea, is the fact that Black people have much lower rates of skin cancer compared to white people. Overall, the new study provides an accurate estimate of the genomic changes that occur in skin cells due to different types of DNA damage, and establishes the normal range of somatic genomic changes across a wide range of ages and of different races, providing a baseline for future research.