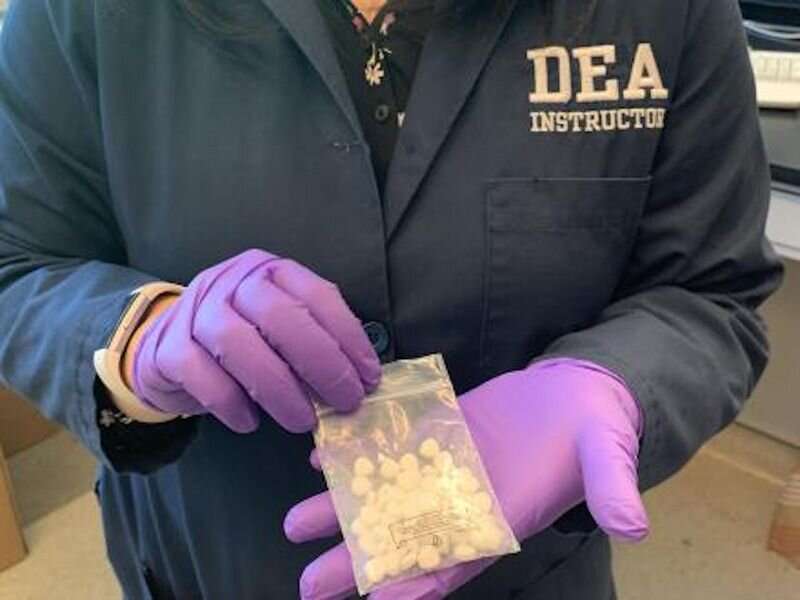 Nitazenes: You’ve probably never heard of these highly toxic drugs, and neither have many Americans who abuse opioid street drugs.

That lack of awareness could prove deadly, experts warn, because nitazenes are increasingly being added into heroin and street versions of opioid pills—and triggering fatal overdoses.

“Laboratory test results indicate that the potency of certain nitazene analogs [e.g., isotonitazene, protonitazene, and etonitazene] greatly exceeds that of fentanyl, whereas the potency of the analog metonitazene is similar to fentanyl,” explained a team of researchers from the Tennessee Department of Health.

Deaths linked to drugs are on the rise. In their report issued Sept. 16, Jessica Korona-Bailey and colleagues said that “four times as many nitazene-involved overdoses were identified in Tennessee in 2021 than in 2020, and this number could be underestimated because of low testing frequency.”

Overall, deaths in Tennessee known to be linked to the synthetic opioids rose from 10 in 2020 to 42 one year later, with a majority of those killed being young males (average age 40).

What’s worse, naloxone—the antidote injection that can save the life of someone suffering an opioid overdose—may not help if given in a single dose in cases involving nitazenes.

“Naloxone has been effective in reversing nitazene-involved overdoses, but multiple doses might be needed,” the Tennessee researchers advised.

The growing danger of nitazene-tainted opioids in illicit drug supply isn’t specific to Tennessee, of course.

In June, the Washington, D.C.-based branch of the U.S. Drug Enforcement Agency issued an alert on the same class of drugs being spotted in that area.

“A drug that was never approved for medical use, nitazenes are being sourced from China and being mixed into other drugs,” the DEA explained in a statement.

One nitazene, isotonatazene (nicknamed ISO), was especially prevalent in the D.C. area.

“First identified around 2019 in the Midwest, this dangerous drug has moved into the Southern states and, more recently, along the Eastern seaboard,” the agency explained.

“Much more potent than heroin and morphine [similar to fentanyl], ISO is being mixed into and marketed as other drugs to make drugs more potent and cheaper to produce. The major concern: This drug can and has caused deadly overdoses in unsuspecting victims,” according to the DEA.

ISO is now often mixed in with street heroin, or pressed into the makeup of counterfeit opioid pills “falsely marketed as pharmaceutical medication [like Dilaudid ‘M-8’ tablets and oxycodone ‘M30’ tablets],” the DEA explained.

“People have to keep in mind, with all the synthetic drugs out there and the way they’re being mixed together, you never know what you’re actually buying,” DEA Intelligence Analyst Maura Gaffney said in the statement.

So far, the spread of nitazenes remains relatively low, but “we want to get this info out and warn people,” said Jarod Forget, Special Agent in Charge of the DEA’s Washington Division.

“If we can educate and inform our communities about the dangers of taking counterfeit prescription pills or other drugs, we stem the proliferation of these deadly opioids, stop all of these senseless deaths, and help keep our neighbors and loved ones safe,” Forget said in the statement.

According to the latest national data, U.S. drug overdoses hit a record high in 2021—more than 108,000 lives lost. Three-quarters of those deaths involved synthetic opioids such as fentanyl or nitazenes.