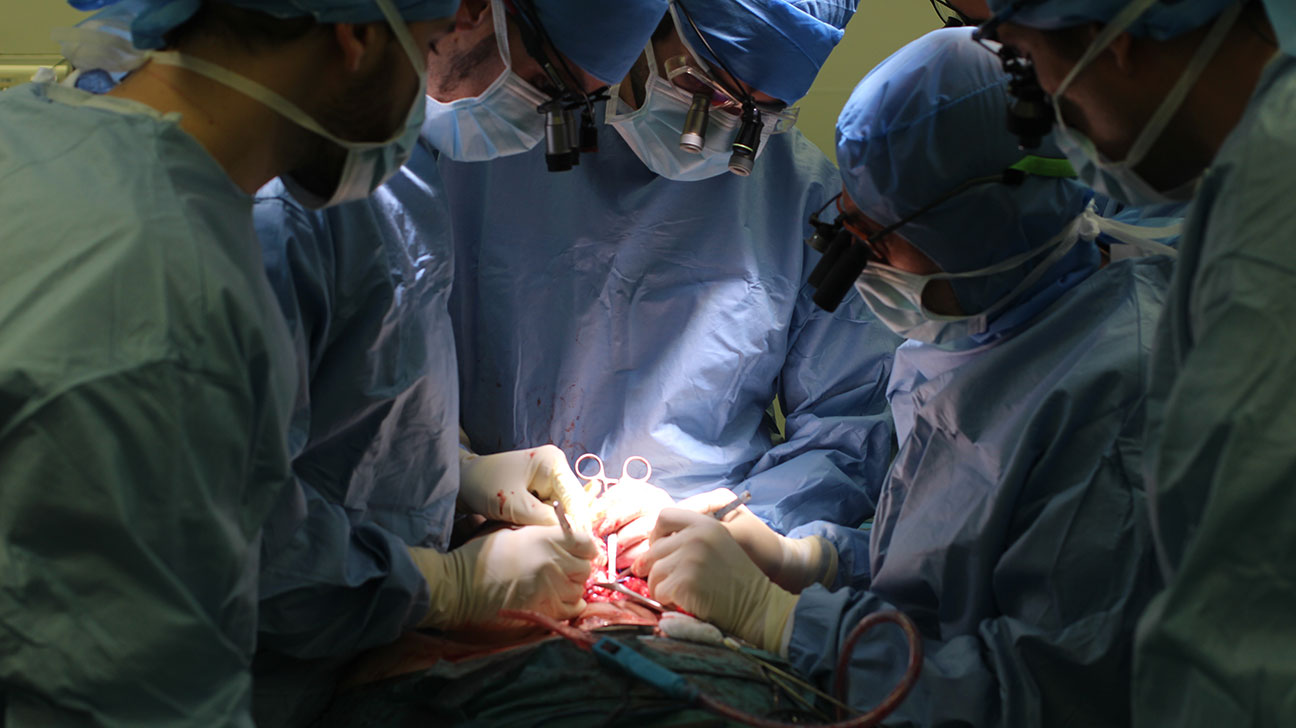 Facial transplants have gone from the realm of science fiction to reality after the first operation was performed in 2005. Now, surgeons are performing procedures that would’ve seemed impossible just 13 years ago.

Recently, for the first time ever, doctors have performed a second face transplant on a single patient. Jerome Hamon, a 43-year-old French citizen, received his third face at Georges-Pompidou hospital in Paris on January 15.

Hamon, who suffers from a genetic condition that causes disfiguring tumors, had his first transplant in 2010. Six years later, he was given routine antibiotics to treat a cold, which counteracted his immunosuppressive therapy. He began to show signs of tissue rejection, until finally the transplant failed due to necrosis in 2017.

This is just the latest breakthrough for facial transplantation. In total, 40 face transplants have been done around the world since the initial operation was performed in France in 2005.

But a facial transplant has never been done twice on a single patient before.

According to Dr. Frank Papay, chairman of the Dermatology & Plastic Surgery Institute at Cleveland Clinic, one of the major advancements that made this second transplant possible is the technique of adding more composite tissues to the upper and lower jaw to improve the vascularity of those anatomic systems.

Hamon’s case is especially groundbreaking because in many transplant situations, bodies that have rejected organs are generally unable to accept a second transplant.

For a surgery as intricate as a face transplant, the risk is even more real. Of his new face, donated by a 22-year-old, Hamon told reporters “I’m 43… so I’ve become 20 years younger.”

The future of face transplants

For Papay, who’s performed all of Cleveland Clinic’s facial transplants (as well as the first transplant in the U.S.), Hamon’s surgery is a step in the right direction.

“I do see the potential for more surgeries like this,” he said. “In some instances, when we discuss consent with patients, failure means mortality. The fact that in France they were able to revise and add another face onto this patient gives us a safety valve in case something like rejection or injection or failure happens — and I think that’s great.”

The success of this second operation is also notable considering that there’s no sure time frame for how long a transplanted face might last. Some doctors believe that they likely last as long as a kidney transplant, which is typically 15 years.

One of the most significant concerns with face transplants, as with any transplanted organ, is rejection.

But a potential key could lie in stem cell research. The National Stem Cell Foundation has estimated that stem cell therapies could be used to help patients develop a tolerance to transplanted tissue. This would lessen the chance for immunosuppressive drug reactions like the kind that caused Hamon’s first rejection.

Stem cells could even be used to potentially grow tissue in a lab to be used in surgeries.

Growing a ‘face’ from stem cells?

Pluripotent stem cells, which can renew and regenerate into any type of cell in the body, show promise for growing organs like a liver or a kidney. These dynamic cells could someday even “grow” into a new face using a patient’s own skin, though experts caution that this kind of technique is still years away.

Most stem cell research is still in early stages and the impact on face transplants is even more fraught. The skin cells required to construct a human face and replicate both the dermis and the epidermis are significantly more complicated than a single organ.

However, strides are being made.

Scientists at Columbia University successfully used pluripotent stem cells in recreating both keratinocytes and fibroblasts, which are the two major types of skin cells, in a facial reconstruction study done on patients with bleeding disorders.

There’s even a chance that 3-D printers could be the future.

Advancements in techniques like cell printing — a type of 3-D printing used to rearrange cells — have given hope that better, safer face transplants are on the horizon.

For now, however, Papay believes that the near future of face transplants lies in the importance of immune tolerance.

In Hamon’s operation, physicians put the 43-year-old through extra procedures to diminish the chance of rejection. Hamon underwent a monthlong procedure to remove the antibodies from his blood that caused the first rejection.

Papay said that success in immunosuppression will be the key toward better outcomes.

“We still have to improve the pharmacology of immunosuppression, which appears to be greater than the technical risk,” Papay said. “If we can figure that out, it would open up a whole new world for face transplantation. That would be the Holy Grail. Moving forward, I feel the advancements should focus on immune tolerance in a safe, long-term matter.”