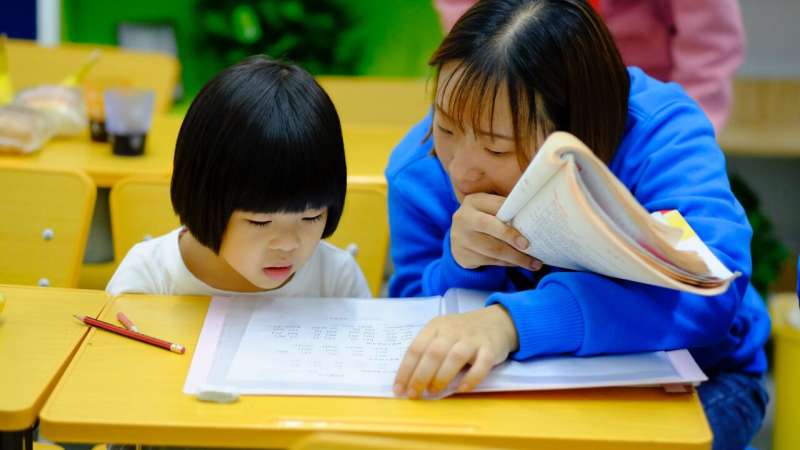 Behavioral scientists have long researched how to help children cope with extreme adversity—such as poverty or exposure to violence. Yanping Jiang, a researcher at the Rutgers Institute for Health, thinks she’s found the answer in rural China.

Building on previous studies of children in China whose parents are living with HIV or have died from AIDS-related complications, Jiang analyzed the efficacy of resilience-based interventions on mental and behavioral health in children. She found that simultaneously focusing on kids, caregivers and community members produces better outcomes than interventions that focus on children in isolation. The study is published in the Journal of Child and Family Studies.

“The children and their families we studied experienced multiple levels of adversity, from the stigma of having HIV-positive parents to growing up in orphanages,” said Jiang, lead author of the study and an instructor in the Department of Family Medicine and Community Health at the Rutgers Robert Wood Johnson Medical School. “We wanted to see if multilevel-resilience interventions that focused on the children as well as those close to them could improve emotional well-being.”

In the 1990s, an outbreak of HIV infection in China’s Henan province was traced to unhygienic commercial blood and plasma collection practices. Working with Xiaoming Li and Sayward Harrison of the University of South Carolina, Jiang hypothesized that programs aimed at increasing mental and behavioral health in affected children would be more effective if they included initiatives to address family cohesion and reduce community stigma.

The benefits, however, were relatively short-lived. After 18 months, the ChildCARE program wasn’t associated with meaningful changes in mental health outcomes.

“What this suggests is that for kids from disadvantaged environments, we need to think of ways to sustain the effects of interventions over time,” Jiang said.

The study confirmed that multilevel programs such as ChildCARE can strengthen mental and behavioral health of children affected by extreme adversity. Jiang highlighted this in another recent paper, published in the journal Pediatric Clinics of North America.

Lessons learned from China can be applied to other contexts, said Jiang.