There has been a sharp rise in the use of cannabis-containing products in the past few years. This is mostly due to the legalization of medical and recreational cannabis use in several US states. Components of cannabis include tetrahydrocannabinol (THC), cannabidiol (CBD), and cannabinol (CBN).  One method by which cannabis is analyzed is through GC-MS. 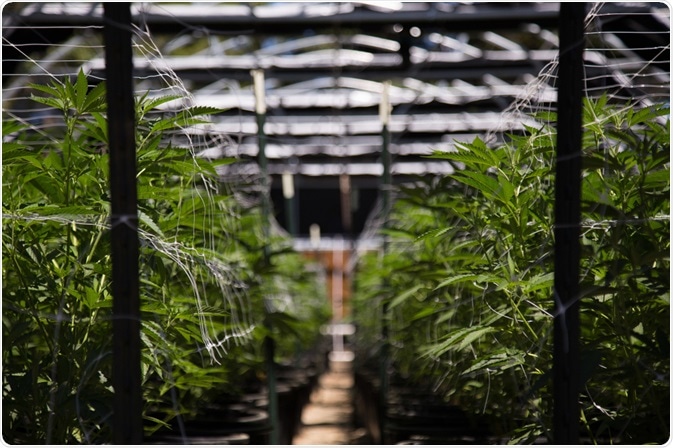 Why is there a need to analyse CBD and THC?

Although cannabis is supposed to have low toxicity, recent studies show that cannabis and its ingredients may potentially be a risk factor for psychotic symptoms. Thus, there is a need to analytically examine the concentrations of its active ingredients from different places and in time.

What methods are used for gas chromatography-mass spectrometry?

The various solvents used to process cannabis include n-Hexane, acetaldehyde, chloroform, vanillin, hydrochloric acid, alcohol, ethyl ether, methanol, acetone, and ethyl acetate. All these reagents are of analytical grade and can be readily purchased.

In one study, CBD and THC extraction was performed by soaking 25 g of cannabis plant in 500 mL of n-hexane for 10 days. The mixture was then sonicated and the solvent was evaporated so that the sample could be analyzed.

The process of gas chromatography-mass spectrometry (GC-MS) requires extensive sample preparation. To do so, 500 µL of solution are transferred into a 2 mL gas chromatography vial. The vial can be heated in a bath for 12 minutes to evaporate and decarboxylate the solvent. The residue is then dissolved in 1.5 mL ethanol and shaken before subjecting to gas chromatography analysis.

Processing is accomplished through the combination of gas chromatography and mass spectrometry. A capillary tube is used in gas chromatography, a process in which the column dimensions (length, diameter, and thickness) and the phase properties are defining. The differing affinities of molecules for the stationary phase of the column allows for separation of the molecules as they travel along the gas chromatograph.

Used together, mass spectrometry and gas chromatography allow for the identification of a compound at a higher resolution than analyzing the sample individually on either of these methods.

What conditions are needed to perform the analysis?

The column size is 15 m x 0.25 mm, and the phase is 5% diphenyl and 95% dimethylpolysiloxane. Although different types of analytical columns can be used to separate cannabinoids, columns with small diameters, thin films, and non-polar stationary phases are most commonly used. However, non-polar columns lack sufficient polarity to separate cannabidiol and cannabichromene. In such cases, an intermediate polarity column, such as 35% diphenyl with 65% dimethyl silicone, may be used.

The vector is a hydrogen atom, and the temperature is kept at 280°C. The cannabinoids can be separated in less than 3 minutes using a short and small-diameter column. However, a wide-bore column with a diameter of 530 µm is sometimes preferred due to higher sample capacity; the elution rate with such columns would be approximately 9 minutes.

Dr. Surat graduated with a Ph.D. in Cell Biology and Mechanobiology from the Tata Institute of Fundamental Research (Mumbai, India) in 2016. Prior to her Ph.D., Surat studied for a Bachelor of Science (B.Sc.) degree in Zoology, during which she was the recipient of anIndian Academy of SciencesSummer Fellowship to study the proteins involved in AIDs. She produces feature articles on a wide range of topics, such as medical ethics, data manipulation, pseudoscience and superstition, education, and human evolution. She is passionate about science communication and writes articles covering all areas of the life sciences.