HEALTH NOTES: We drink less often (but still get drunk)

Britons are drinking alcohol far less often than they were a decade ago, a new survey suggests.

Fewer than one in 20 say they drink wine, beer or spirits daily, according to a poll of 1,032 Britons by medical tech company Allurion.

Polls conducted a decade ago estimated this figure to be roughly one in ten. 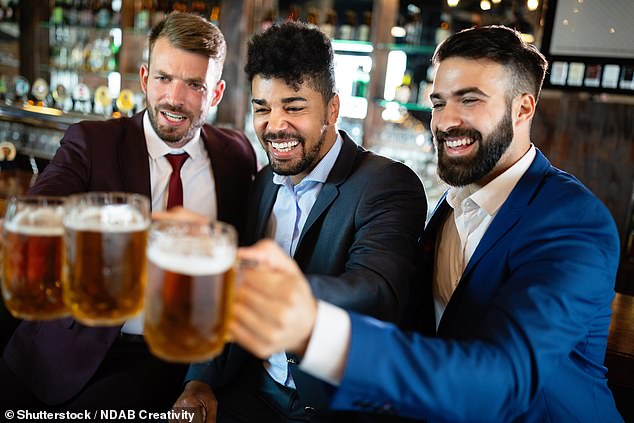 Fewer than one in 20 Britons say they drink wine, beer or spirits daily, according to a poll of 1,032 Britons by medical tech company Allurion (file photo)

The new survey, which polled 1,000 residents of seven nations, also found Britons are boozing less often than our European neighbours.

Nine per cent of French people drink wine at least once a day, 16 per cent do so in Italy, and 15 per cent of Spaniards drink beer daily.

However, other research suggests Britain still tops the chart for the most amount of alcohol drunk in one sitting.

A global report from 2019 found that people in the UK get drunk once a week on average – more than any other nation.

Runners, pull your socks up!

Joggers are familiar with ‘runner’s stomach’ – cramping, nausea and diarrhoea triggered by intense exercise. But could compression socks prevent it?

Known medically as exercise-induced gastrointestinal syndrome, it happens when blood is redirected from the gut to the leg muscles during running, depriving it of nutrients and oxygen. 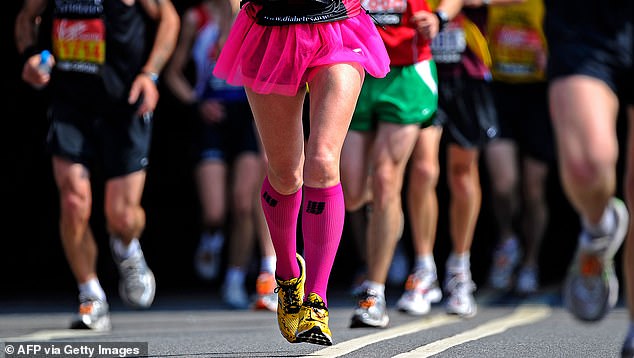 Australian researchers recruited 46 competitors in a marathon and asked half to wear the socks, which help push blood up from the legs.

Blood tests measuring a protein indicating gut inflammation, taken before and after the race, showed that those who didn’t wear the socks saw protein levels jump by an average of 107 per cent 24 hours after the race, compared to 38 per cent in the sock-wearing group.

Obese women are much more likely than those of a healthy weight to suffer catastrophic side effects of the contraceptive Pill.

It is estimated that up to 12 in every 10,000 women who take the combined pill for a year suffer a serious blood clot in a vein, called venous thromboembolism. Now a review by Italian researchers has found that for those who are obese, the risk is 24 times that of someone of a healthy weight.

The researchers explain that those carrying excess weight are already at increased risk of clots, regardless of the Pill, while the extra boost of the female sex hormone oestrogen can thicken the blood, increasing the risk.

The researchers say progesterone-only pills may be safer for these people.

Terminally ill people in Leeds are being offered the support of ‘end-of-life doulas’ to ease pressure on GPs and hospitals.

GP Gill Pottinger said doulas, who offer non-medical support, were helpful in cases where patients had no family around and where patients wished to die at home.

Emma Clare, a director of End of Life Doula UK, said: ‘We might offer emotional support for one client and administrative help for someone else. This can range from helping with advance plans, to refusing treatment to getting power-of-attorney arrangements in place.’