Home » Health News » Her Apartment Might Have Put Her Son’s Health at Risk. But ‘I Have Nowhere Else to Go.’

ATLANTA — When Louana Joseph’s son had a seizure because of an upper respiratory infection in July, she abandoned the apartment her family had called home for nearly three years.

She suspected the gray and brown splotches spreading through the apartment were mold and had caused her son’s illness. Mold can trigger and exacerbate lung diseases such as asthma and has been linked to upper respiratory tract conditions.

But leaving the two-bedroom Atlanta apartment meant giving up a home that rented for less than $1,000 a month, a price that is increasingly hard to find even in the nation’s poorest neighborhoods.

Since then, Joseph, her 3-year-old son, and her infant daughter have teetered on the edge of homelessness. They have shuffled between sleeping in an extended-stay motel and staying with relatives, unsure when they might find a permanent place to live.

A nationwide affordable housing crisis has wreaked havoc on the lives of low-income families, like Joseph’s, who are close to the brink. Their struggle to stay a step ahead of homelessness is often invisible.

Rents soared during the pandemic, exacerbating an already-severe shortage of available housing in most U.S. cities. The result will be growing numbers of people stuck in substandard housing, often with environmental hazards that put them at higher risk for asthma, lead poisoning, and other medical conditions, according to academic researchers and advocates for people with low incomes. These residents’ stress levels are heightened by the difficulties they face paying rent.

“People are living in despair and hopelessness,” said Ma’ta Crawford, a member of the Greenville County Human Relations Commission in Greenville, South Carolina, who works with families living in extended-stay motels.

Housing instability — such as having trouble paying rent, living in crowded conditions, or moving frequently — can have negative consequences on health, according to the federal Office of Disease Prevention and Health Promotion. In addition to potentially facing environmental risks, people who struggle with housing insecurity put off doctor visits, can’t afford food, and have trouble managing chronic conditions.

Losing a home can also trigger a mental health crisis. The suicide rate doubled from 2005 to 2010, when foreclosures, including those on rental properties, were historically high, according to a 2014 analysis, published in the American Journal of Public Health, that looked at 16 states.

Rents jumped 18% nationally from the first three months of 2021 to early 2022. And there is no county in the country where a minimum-wage worker could afford a two-bedroom rental home, according to an August report from the National Low Income Housing Coalition. Nationwide, only 36 affordable housing units are available for every 100 people in need, forcing many families to cobble together temporary shelter.

In the Southeast, evictions are more common than anywhere else in the nation, says an analysis published this year in the Proceedings of the National Academy of Sciences.

Despite President Joe Biden’s promises to address the affordable housing shortage, researchers and activists say inflation — and Democratic deal-making — is only worsening the health threat. 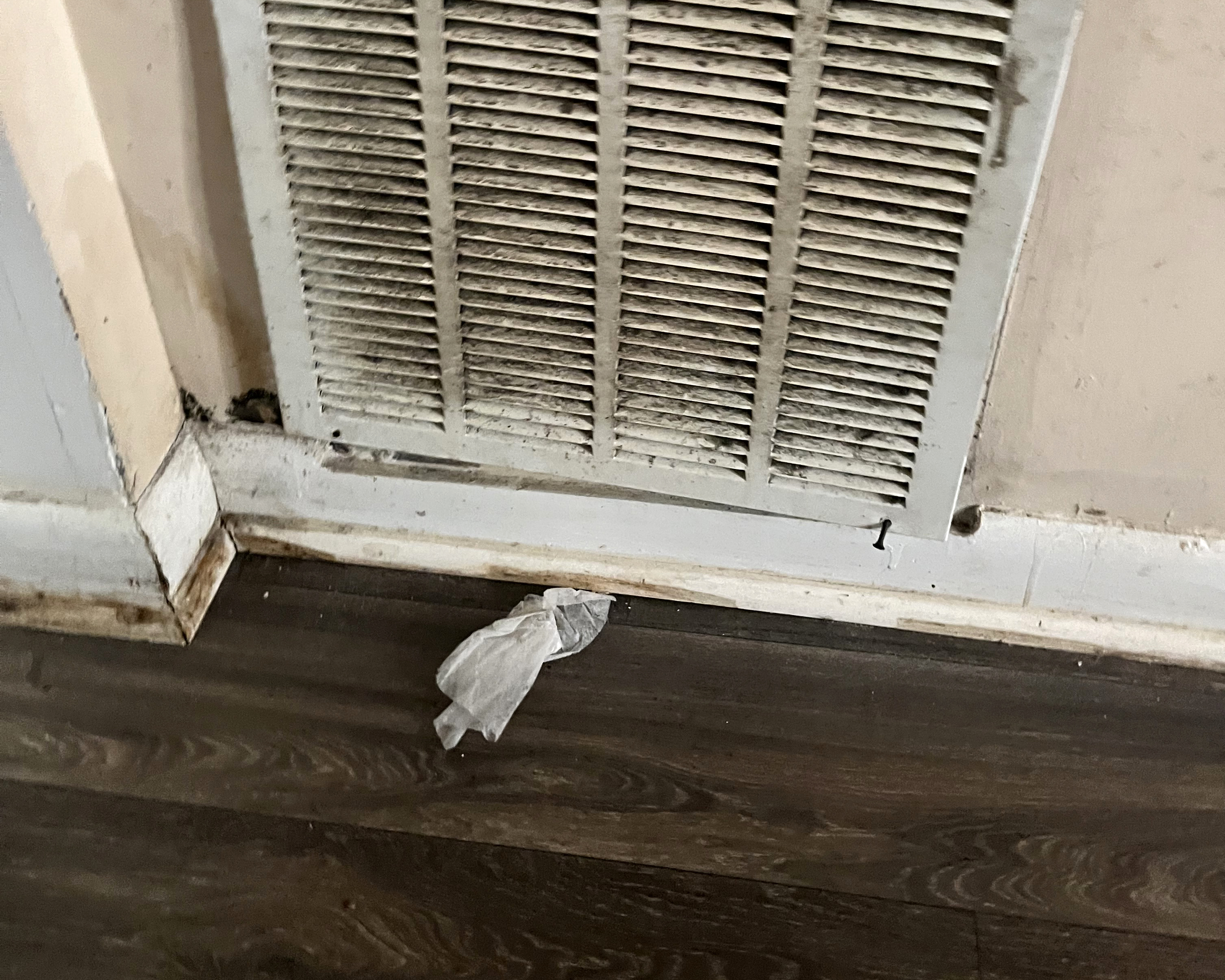 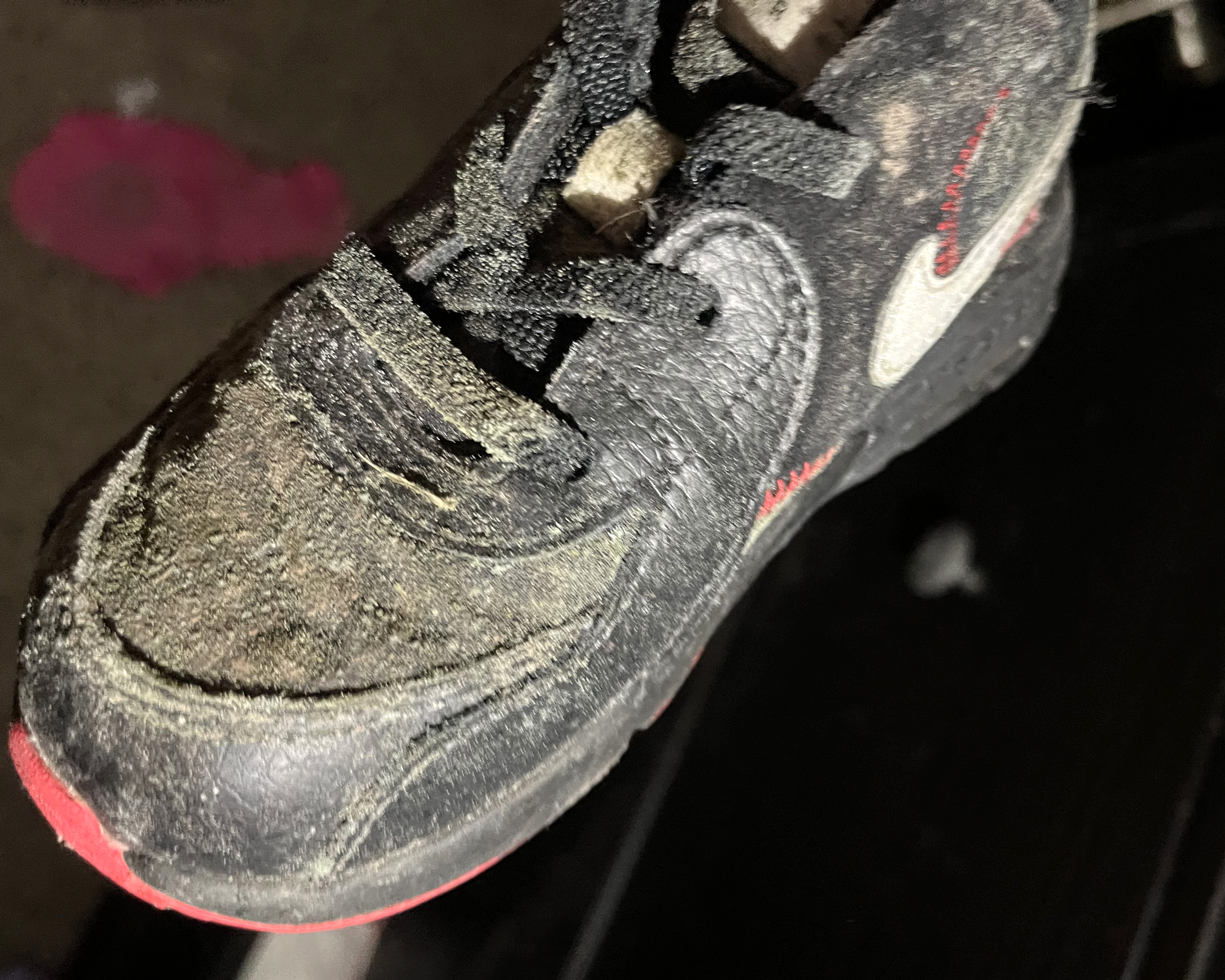 Last year, the Biden administration included billions of dollars in the “Build Back Better” bill to increase the number of Housing Choice vouchers — a difficult-to-get benefit that helps people with low incomes pay rent. Under the voucher program, also known as Section 8, recipients put 30% of their income toward rent, and the federal government pays the remainder. Currently only 1 in 4 people who qualify receive the vouchers because of limited funding.

But lawmakers stripped out the provision that raised the number of vouchers, a compromise to pass the bill that became known as the Inflation Reduction Act.

About 2.3 million households rely on the program to help pay rent. Joseph applied years ago but has yet to receive any benefits.

The day before her son was born in September 2019, Joseph moved into an apartment complex in southwestern Atlanta, one of the poorest sections of the city. A year later, she upgraded to a two-bedroom unit in the same complex that cost $861 a month, far less than the typical apartment in metro Atlanta.

Recently, Joseph returned to the two-bedroom apartment to show KHN its condition. What appeared to be mold surfaced after a pipe burst and the air conditioning broke, but the complex owners did little to fix the situation, Joseph said.

The gray and brown splotches were on her mattress, sofa, and other plastic-wrapped belongings. They covered boxes of diapers stacked on dressers, an Elmo doll lying facedown, a child’s sneaker, and pink onesies.

A property manager at Seven Courts Apartments, where Joseph lived, declined to comment when reached by phone. The management company did not respond to repeated requests for comment.

A few months after leaving the apartment, Joseph and her two children moved in with her sister near Orlando, Florida, with their remaining possessions — a car and some clothes.

A lack of affordable housing can force families with low incomes, like Joseph’s, to endure health risks such as mold, vermin, and water leaks, said Alex Schwartz, a housing expert at the New School in New York City. And the trauma of evictions, foreclosures, and homelessness can undermine physical and mental well-being, Schwartz said. 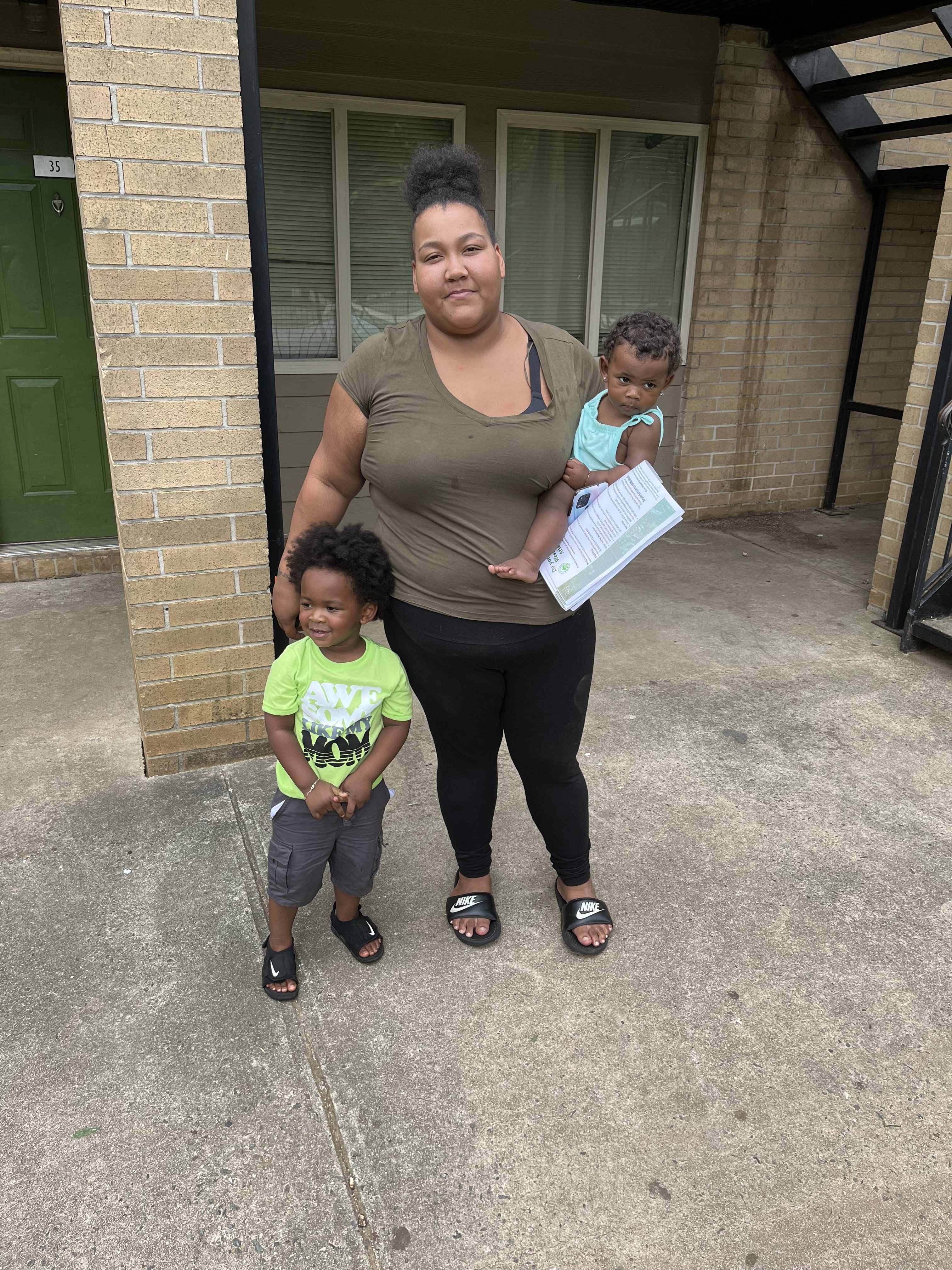 For five years, Nancy Painter lived in an apartment in Greenville, South Carolina, that had mold and cracks in the walls, ceiling, and floor. Sometimes, Painter said, she carried a can of bug killer in both hands to fend off roaches.

An autoimmune disease makes her extremely susceptible to colds and other respiratory illnesses, and arthritis causes her crippling pain. But she stayed in the apartment until last year because the rent was $325 a month. Painter moved out only after the landlord made plans to renovate the unit and raise the rent.

Painter, 64, now lives on about $1,100 in Social Security disability benefits. Her poor health left her unable to keep working in a fast-food job. She pays more than 70% of her income for a room in a house she shares with other adults who can’t find affordable housing.

Such renters should put no more than 30% of their income toward housing so they have enough left over for other basic needs, according to federal government formulas. “My options are so slim,” Painter said. “All I want is a small place where I can have a garden.”

The problems are especially acute among Black people and other groups that have been denied good jobs, mortgages, and opportunities long beyond the Jim Crow era, said Dr. Steven Woolf, a professor of population health and health equity at Virginia Commonwealth University. Life expectancy can vary by 15 to 20 years between different neighborhoods in the same city, he said.

Federal lawmakers routinely fail to prioritize the nearly 50-year-old housing voucher program, said Kirk McClure, a professor emeritus of urban planning at the University of Kansas. The U.S. offers less help with housing than do other rich countries, like the United Kingdom and Australia, where voucher programs allow everyone who meets income requirements to get help, McClure said.

“In the wealthiest society in the world, we could give every poor person a voucher,” McClure said. “This doesn’t require anything magical.”

Officials from the U.S. Department of Housing and Urban Development, which oversees the voucher program, did not respond when asked whether the administration planned to push for more housing vouchers.

The fair-market rent — which is determined annually by the federal government based on a rental home’s size, type, and location — for a two-bedroom home in the U.S. reached $1,194 a month, on average, in 2019, according to a 2020 report from the National Low Income Housing Coalition. A family of four living on poverty-level income could afford $644 a month, the report said. In the city of Atlanta, the median rent for apartments of all sizes is $2,200, up nearly 30% since January 2021, according to the real estate website Zillow.

A lack of child care has kept Joseph from pursuing full-time jobs. But she can’t qualify for one state child care assistance program since she doesn’t have full-time employment, and another state program she sought out won’t have openings until next year.

She sued the Seven Courts Apartments’ owner in small claims court in June for $5,219 to compensate her for the ruined belongings and rent she has already paid. A settlement could allow her to move into a new home.

“I am stuck because I have nowhere else to go,” Joseph said.