The vaccine was developed and released in the 1990s. 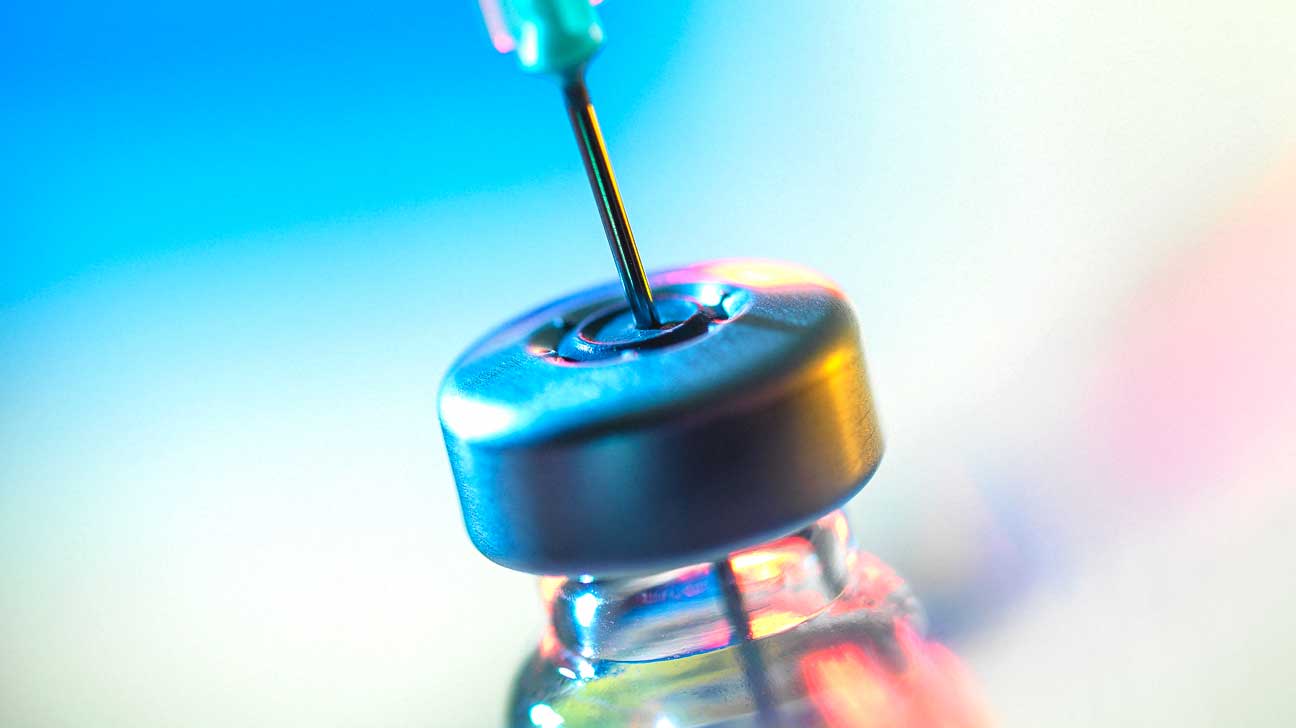 Lyme disease is the fastest-growing vector-borne (bug-transmitted) infection in the United States today, according to the Centers for Disease Control and Prevention (CDC), and stopping the spread of the disease is difficult.

Lyme disease is shared with humans through tick bites. Today, tick populations are booming. In turn, so are the number of Lyme disease cases.

Researchers know how to prevent a Lyme disease infection. Each day, after all, pet owners protect their animals with flea and tick collars and medicines.

A human Lyme disease vaccine, however, is nowhere to be found.

That wasn’t the case just under two decades ago. A Lyme disease vaccine was available, and it was effective.

“The vaccine LYMErix was developed by SmithKline Beecham [now Glaxo SmithKline] and licensed in the 1990s,” says Dr. Meghan May, associate professor of microbiology and infectious diseases at the University of New England College of Osteopathic Medicine in Biddeford, Maine.

But despite this success, LYMErix didn’t last long. In fact, it was pulled from the market just a few short years after it was introduced.

Where did the Lyme disease vaccine go?

Soon after LYMErix was available to consumers, it fell under a shadow of suspicion.

Reports surfaced that a few patients who had received the Lyme disease vaccine had developed arthritis. Members of the media also picked up on these reports and warned consumers there might be a connection, despite a lack of research or verified evidence.

“Within a year, reports suggested that a small number of vaccinated people were experiencing side effects,” May says.

In 1999, a class action lawsuit was filed against the drug company by 121 people who had received the vaccine and had developed arthritis. They claimed the vaccine caused harmful side effects and that the pharmaceutical company was hiding the evidence.

Around the same time, an infamous study in the journal Lancet connected another type of vaccine with autism. Today, that Lancet autism study has been retracted and proven false, but it helped fuel an anti-vaccine movement.

The media reports about the Lyme disease vaccine added to the hesitation, and people began to avoid LYMErix.

In April of 2002, the company announced that sales for LYMErix had fallen from 1.5 million doses in 1999 to about 10,000 expected for that year. That was despite the fact that cases of Lyme diseases were on the rise. The company stopped producing and selling the vaccine that year.

After the company pulled the vaccine, the U.S. Food and Drug Administration (FDA) conducted several additional tests to verify or refute the lawsuit’s claims. They were unable to replicate the adverse events and side effects that opponents of the vaccine reported in the lawsuit and elsewhere.

“The company settled the class action suit based on economic concerns for a product showing poor performance in the market,” Gaffney-Adams says. “The final agreement included $1 million in legal fees but provided no financial compensation to the supposed vaccine victims.”

Despite it still being approved and licensed in the United States and despite studies to refute the claims of side effects, Glaxo SmithKline has never reintroduced LYMErix.

What is Lyme disease?

Lyme disease, or Borrelia burgdorferi, is a tick-borne illness. It doesn’t circulate in the blood like many bacterial infections. Instead, it hides in your body’s tissues. That makes it more difficult to detect and harder to treat.

If an infected tick bites you, you may begin to show signs of Lyme disease in one to four weeks.

“Primary Lyme disease is what most of us are familiar with,” May says. “The symptoms include fever, fatigue, body and joint aches, and in some cases, the characteristic ‘bulls-eye’ rash where red rings appear around the site of the tick bite.”

If caught early, Lyme disease can be treated with antibiotics.

If it’s not caught, untreated Lyme disease may progress and become a bit more serious.

If it’s still not diagnosed at this stage, the bacteria may invade the central nervous symptom and cause problems, such as mental status changes and effects on mood, sleep, and memory, May says.

“Loss of muscle control, [muscle] tics, a lack of coordination, and potentially deadly heart complications” are also possible, she adds.

Today, 95 percent of cases of Lyme disease are reported in just 14 states, according to the CDC. The majority of these states are in the Northeast U.S. and Great Lakes region.

That doesn’t mean other states don’t have Lyme-infected ticks, however.

“Lyme disease may be infectious — caused by a bacterium — but it is not contagious,” says Laurie Endicott Thomas, MA, author of No More Measles! The Truth About Vaccines and Your Health. “It is not spread from person to person, so vaccinating a lot of people would not protect the remaining unvaccinated people through herd immunity.”

Ticks thrive in warm weather and spring and summer days. In warmer climates, tick season may stretch into fall and even winter.

That’s problematic because tick populations are on the rise, and warmer weather patterns extend the length of time when ticks might be active.

“One thing that is very clear is that we can reduce or avoid these complications by either preventing infection, such as with a vaccine or by preventing tick bites, or by making sure that patients are treated as early and aggressively as possible,” May says.

The future of Lyme disease prevention

In 2017, the FDA approved a Fast Track designation for a new Lyme disease vaccine.

French company Valneva’s vaccine for Lyme disease, VLA15, completed initial trials in early 2018. The next phase should be complete by the end of the year.

“The FDA giving VLA15 Fast Track status was very helpful in regard to getting a vaccine soon,” May says. “It means that it will be prioritized during all steps of the licensing process. The FDA made this decision because of the increasing severity of the problem.”

Of course, Lyme disease isn’t the only tick-born disease that humans should be worried about. Others, including Rocky Mountain spotted fever, Heartland virus, and an alpha-gal allergy, are all possible complications of a tick bite.

As this research moves forward, so too does the potential for another human vaccine for Lyme disease. In the fight against Lyme disease, treatment and prevention go hand in hand as scientists look for ways to stop the slow climb of cases and prevent long-term complications.