Can viruses change our behaviour? From Covid-19 to colds, the astonishing truth of how infections trick us into spending more time socialising (and spreading germs!)

Can viruses such as the one that causes Covid-19 attack our brains and change our behaviour — thereby prolonging an outbreak?

That’s the suggestion from U.S. researchers who say that the coronavirus may be manipulating the behaviour of infected people, sometimes even before they show symptoms, so they become more sociable.

In fact, such behaviour-changing effects of viruses — so-called behavioural host manipulation — are not new, and have previously been reported for the flu and rabies viruses, among others. 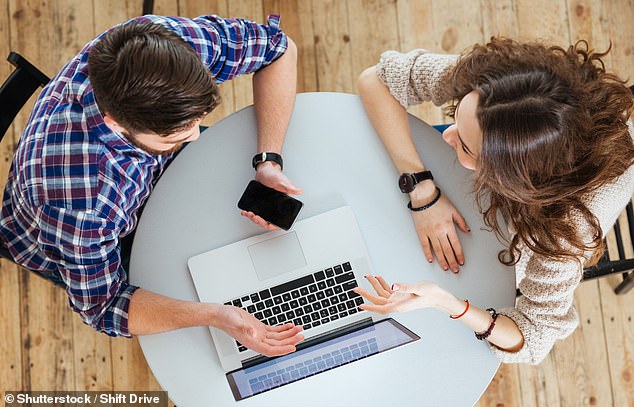 Can viruses such as the one that causes Covid-19 attack our brains and change our behaviour — thereby prolonging an outbreak? [File photo]

The theory is that pathogens do this to maximise their reproduction rate (known as R0) and in turn, their spread and survival.

Now researchers from the State University of New York at Albany, have explained how the Covid-19 virus could be changing the behaviour of those it infects to make them more likely to pass it on to others.

One idea is that it may do this in the incubation period, when people are infected but show no symptoms, so they are more likely to socialise.

The researchers suggest the virus may act on an area of the brain called the anterior cingulate cortex (ACC), which is involved in social behaviour and emotional regulation.

By manipulating the ACC, instead of observing distancing rules, people would be drawn to ‘gather socially’, they wrote in the journal Medical Hypotheses.

They stress their theories are based on the effects of other infections in changing behaviour and there are no known manipulations associated with Covid-19.

‘Only time will tell how it manipulates its host for its own survival and replication.’ 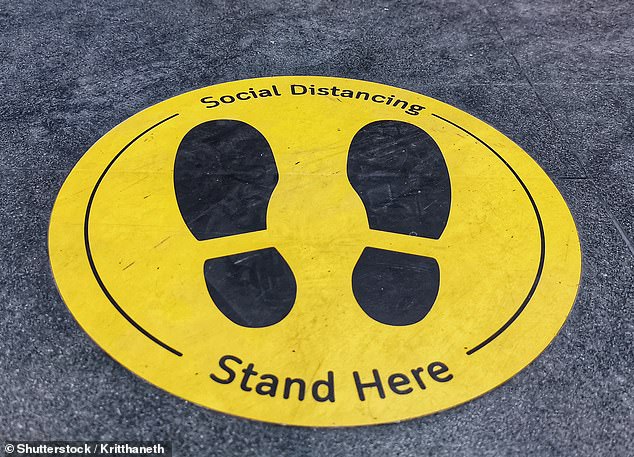 The researchers suggest the virus may act on an area of the brain called the anterior cingulate cortex (ACC), which is involved in social behaviour and emotional regulation. By manipulating the ACC, instead of observing distancing rules, people would be drawn to ‘gather socially’, they wrote in the journal Medical Hypotheses [File photo]

Dr Frank Ryan, a consultant physician and evolutionary virologist in Sheffield, says the Covid-19 virus may also interfere with hormone levels to change our behaviour.

‘While there are effects on behaviour through virus-induced changes in the nervous system, Covid has the potential also to change the endocrine system that produces hormones that regulate many functions, from sleep to reproduction and social behaviour,’ he says.

‘Human behaviour is complex and in my experience endocrine disturbance is sometimes accompanied by behavioural changes,’ he says, adding that the doctors treating patients will, however, naturally focus on the physical aspects of the infection.

But support for the idea that Covid-19 affects social behaviour comes from evidence with other similar viruses.

In a 2010 study using the flu vaccine (as a proxy for infection because of ethical problems in deliberately infecting people), which contains a modified form of the virus, U.S. researchers found that in the two days after being exposed, the number of people patients met doubled, from an average of 54 to 101, compared to the two days before immunisation, reported the Annals of Epidemiology.

Can you run up the stairs?

I do Pilates and kayak as well as generally running up and down the stairs, but currently I’m going cold- water swimming and biking every day — I’m in Northern Scotland.

I stay in the water for two seconds, and get a high when I get out. I heard it wards off dementia and depression, so if it can hit the two Ds, I’m doing it.

Get your five a day?

I went on the grapefruit diet when I was 25 which led me to having my stomach pumped in a hospital — the fruit filled my intestines and there was no room for anything else.

When I was 45 I did the juice diet and was sick on a train — they told me I’d drunk the equivalent of three football fields, but if you put it in the condenser how do you know?

I also tried the Paleo diet, when I only ate things with a pulse. I don’t worry about my weight any more — it just levelled ten years ago.

My dad died of a heart attack because he only ate sausages — he was a sausage manufacturer. My mum died of anger . . . I think they were [aged] 100 and 90.

My worst injury was a fractured back when I got flipped off a horse in 2019 and afterwards I fell down the stairs. It took a few months to recover and I haven’t ridden since.

You mean like ecstasy . . .? Yes, antidepressants — lots of them.

Three babies when I had caesareans.

Ever have plastic surgery?

No — there was a moment I cared and now I don’t.

I can take a lot but I’m not going to suffer, so I never went through childbirth — I had caesareans. I don’t believe in not taking the drugs.

Fish oil — that’s it. Everybody says it keeps your brain going.

I’ve had a career on it and an OBE.

I can’t figure that one out — you just have to go back to sleep.

What keeps you up at night?

Netflix — that’ll go on all night because you know it’s an addiction.

Flying, but I do it anyway. It’s got better over the years.

Ruby’s new book, And Now For The Good News…: The Much-Needed Tonic For Our Frazzled World, is published by Penguin (£14.99).

The two days immediately after exposure to flu are important because this is when people are most infectious, but display no symptoms — so are more likely to spread the disease.

The researchers ruled out the so-called knowledge effect — that people felt safer after the vaccine and were therefore more sociable — because four weeks after the jab, socialisation rates had dropped back to pre-vaccine levels, suggesting that the immediate two days are important.

‘Human social behaviour changed on the introduction of the virus,’ say the researchers. ‘This is the strongest indicator yet discovered of pathogen-related behavioural change in humans.’

The virus that has attracted most attention from research into behavioural effects is rabies, an infection of the brain and nerves caught from the bite or scratch of an infected animal.

It’s been found that it can manipulate the nervous system and make animals more aggressive, and more likely to bite, scratch and spit, increasing the spread of the virus, which kills 59,000 people a year worldwide.

A 2017 study in Scientific Reports from Alaska University found that the virus blocks chemicals in the human brain that play a crucial role in regulating behaviour.

It’s not just viruses that may be manipulating us. Take Toxoplasma gondii, a single-celled parasite — its natural host is the cat, where it poses no great problem. But mice and rats infected with it become less fearful of cats, and are therefore more likely to be devoured. And that’s good news for the parasite because it gets into the cat, the only animal in which it can reproduce, and pass to other species.

Toxoplasma gondii is thought to infect one in three humans worldwide, and researchers have found it can make them less fearful, reckless and turn us into bad drivers. According to a 2007 research analysis by parasitologists at Charles University, Prague, infected people are 2.65 times more likely to be involved in traffic accidents.

One theory is that it increases testosterone, which may increase risk taking. ‘Results obtained during the past 15 years strongly suggest that it influences the behaviour not only of rodent hosts but also of humans,’ the researchers wrote in the journal Schizophrenia Bulletin.

Meanwhile, a virus found in algae may also affect us, and reduce our navigation skills.

While studying mental ability in adults, researchers serendipitously discovered DNA from an algae virus in throat samples. ATCV-1 is a type of chlorovirus, that infects green algae, which is common in lakes and ponds, but until then was not thought to infect humans.

Researchers from Johns Hopkins University in the U.S. then discovered that people infected with the virus had reduced performance on mental tests of visual processing. Why is unclear. ‘Exposure to ATCV-1 was associated with significant changes in the regulation of over 1,000 genes,’ say the researchers, whose study appeared in the 2014 Proceedings of the National Academy of Sciences.

‘If confirmed, these findings hint that other yet-unknown viruses may have subtle effects on human health and behaviour.’

Some experts even believe symptoms such as coughing and sneezing that we develop due to a viral infection may be another way viruses manipulate behaviour to maximise their spread.

The commonly held view is that we cough, sneeze or vomit (in the case of norovirus) as this helps get rid of the harmful cells from our bodies.

But this is a ‘daft theory’, says Greg Towers, a professor of molecular virology at University College London.

‘It seems more likely that respiratory viruses such as the common cold have evolved to make us cough and sneeze to transmit the virus in an effective way. No studies prove that you sneeze to get rid of viruses — this is conjecture.

‘Given that the virus is inside your cells, it is daft to suggest that you’re trying to get rid of it. It doesn’t work like that, so it’s a daft theory. The transmission theory is more likely.’

He adds: ‘In another example, norovirus makes us projectile vomit and have diarrhoea at the same time, both of which very effectively spread particles.

‘Viruses’ evolution alongside us has enabled them to manipulate any part of our biology.’