Home » Health News » How worried should you be about BA.2? 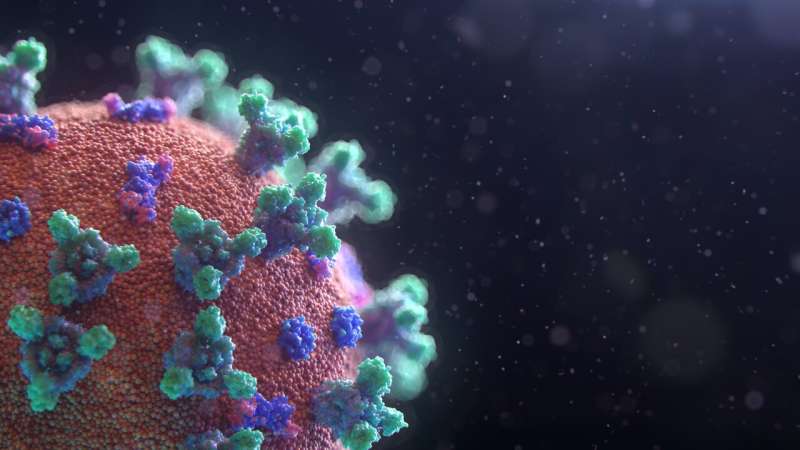 The omicron variant swept around the globe, bringing a significant surge in COVID-19 cases and a resurgence of public health concerns about the pandemic a few months ago. That wave has long since receded, but the omicron variant of SARS-CoV-2 has further mutated.

Now, after spurring another wave of cases in Europe, the BA.2 subvariant of the omicron variant of the coronavirus has been declared the dominant strain by the World Health Organization. In several major cities in the U.S., scientists have detected elevated levels of BA.2 in wastewater surveillance and are monitoring COVID-19 cases there.

But that doesn’t mean this mutated version of the omicron variant is on the verge of causing another massive wave of cases, says Alessandro Vespignani, director of the Network Science Institute and Sternberg Family Distinguished Professor at Northeastern.

“So far, in the United States, we don’t see a huge rebound [of COVID-19 cases],” Vespignani says. “There are some indications that there might be some bumps ahead. Those bumps should not be comparable to what we went through in January and February with BA.1,” he says, referring to the scientific classification for the original version of the omicron variant.

Vespignani, who leads a team of infectious-disease modelers that has been developing a set of projections about the possible futures of the COVID-19 pandemic since the crisis began, says there will likely be some small waves of cases due to BA.2 here in the U.S. if what has happened over recent weeks in Europe is any indication.

“Although, even there, we see that these bumps are slowing down and, in some places, already declining,” he says. “So it tells us that BA.2 provides some new energy to omicron, but not enough to generate a big wave.”

As a subvariant of the omicron variant, BA.2 bears a lot of similarities to BA.1. Because it evolved from the omicron strain of SARS-CoV-2, it’s essentially “omicron plus a bunch of mutations,” says Jared Auclair, who is an associate teaching professor of chemistry and chemical biology at Northeastern, leads the Biopharmaceutical Analysis Training Lab, and runs the university’s COVID-19 testing facility, the Life Sciences Testing Center in Burlington, Massachusetts.

While BA.1 is highly infectious, BA.2 seems to be about 30% more infectious, Auclair says. That’s probably what’s driven BA.2 to dominance, he says. Scientists are still monitoring BA.2 to determine its severity, but all indications suggest that it’s similar to the original omicron strain.

BA.2 isn’t a brand new strain. The subvariant was circulating in January, but it only recently gained dominance. (A variant doesn’t actually have to drive case counts up to be considered dominant, Vespignani says. It is considered dominant when it is the source for the highest percentage of cases.)

However, there has been an uptick in cases due to BA.2 in some parts of the U.S. recently. Why now?

Immunity from the original omicron wave has probably started to wane now, Vespignani says. A lot of people may have gotten sick and recovered from COVID-19 in the winter, but likely have fewer antibodies leftover from fighting that infection in their bodies now. There were also people who did not get COVID-19 during that wave, and could get it now.

Another major factor: After the original omicron wave subsided, a lot of people began behaving much more normally. Mask requirements have been lifted, people have gone back to work, and large social gatherings are back.

“This is what I would consider to be the norm of what we should expect moving forward,” Auclair says. The virus will continue to mutate, and now with vaccines and treatments we have the toolbox to handle it like we would other viruses, such as the flu, which also mutates, he says. “In the long-run, the story continues. We’re going to see variants, and this just happens to be another one.”

Vespignani says more omicron mutations aren’t what concerns him. “My big fear is if there is a jump in the evolution of the virus,” he says, such that a new variant emerges that is more severe and can evade the immune response generated by vaccines. But, “if the virus keeps evolving on the omicron branch and keeps this lower severity, and we know the vaccine and boosters provide protection, I would say that we are in a situation that has a good outlook.”