Severe COVID-19 is associated with massive dysregulation of the host immune response, resulting in inflammation and the condition known as a cytokine storm. For the most part, however, the virus is barely noticeable or only mild among the young and healthy, suggesting that the route and intensity of an immune response could determine the severity of the disease.

Animal models have done much to aid our understanding of disease progression and immune response, though differences between animal and human phenotype limit the applicability of such studies.

In a paper recently uploaded to the preprint server bioRxiv* by Kenney et al. (July 19th, 2021), mice bearing human fetal lung tissue xenografts are explored for their applicability to SARS-CoV-2 disease research, with potentially significant findings regarding the cause and characteristics of a well-regulated interferon response.

The research group generated mice grafted with human fetal lung tissue (FLT), and further grafted with human hematopoietic components or not. The mice bore subcutaneous pieces of FLT on each flank and were assessed for health afterward. Analysis observed infiltration of murine blood vessels into the tissue in the days following, without any evidence of poor health.

Upon viral challenge, 67.14% of the cellular content of the tissue was human, around half of which were epithelial cells, with most of the murine component being myeloid cells. In addition, the group note a human hematopoietic compartment within the tissue containing a myeloblast progenitor and lymphoid cluster, which produce immune factors such as CD8+ T cells, was also present.

Some mice were inoculated in one or both xenografts using a SARS-CoV-2 isolate, and the presence of viral RNA was monitored throughout the animal. Little viral RNA was noted in the blood, or in an uninfected FLT located on the opposite flank of an infected FLT graft, strengthening the idea that the platform can be used to accurately model SARS-CoV-2 infection in human tissue without additional compounding effects from the animal, or interference in the normal functioning of the animal. 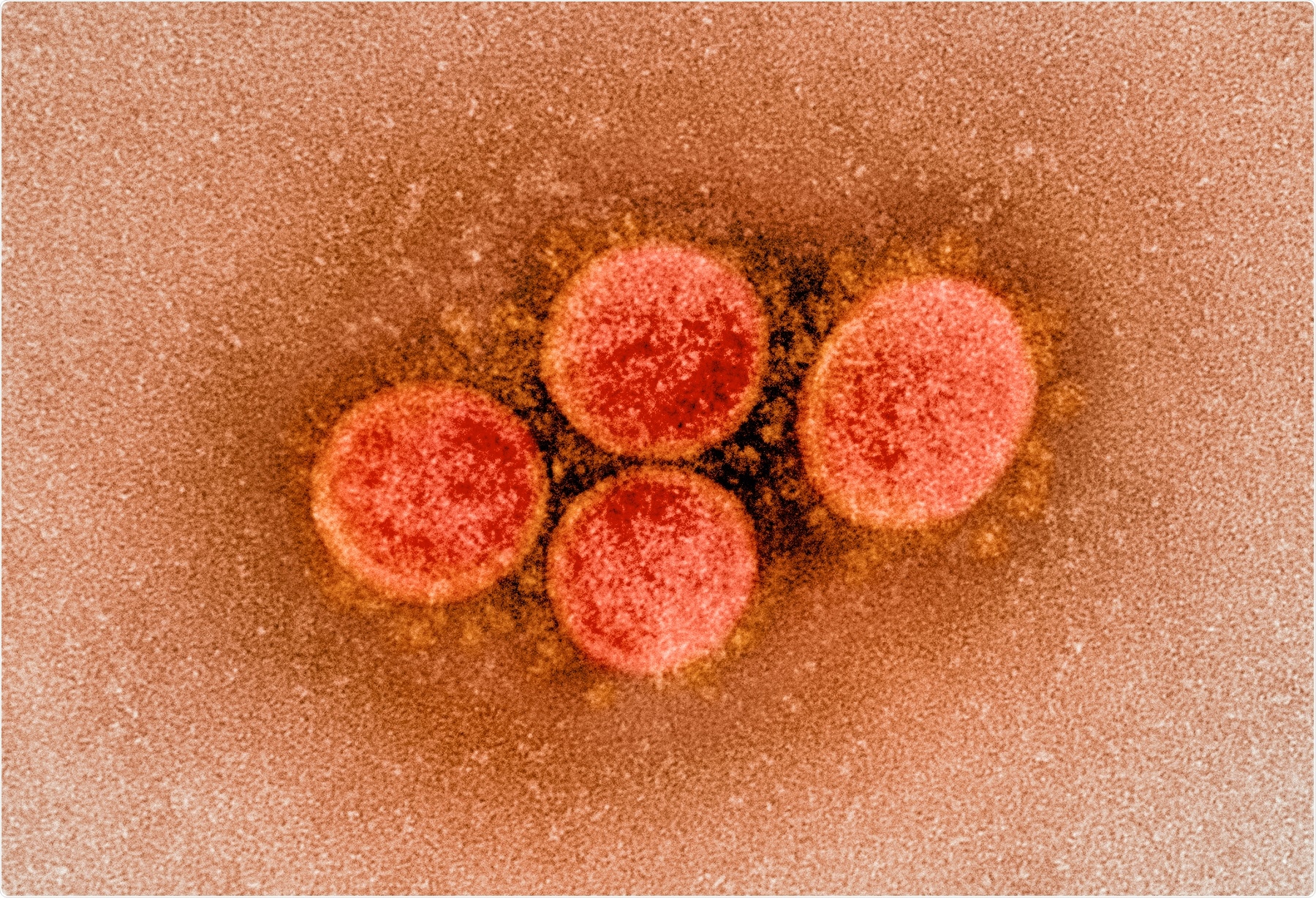 Two groups of mice were employed, being immunodeficient or not, with the former exhibiting a robust type-1 interferon response and prolonged inflammation upon viral challenge. In contrast, the non-immunodeficient mice were able to control inflammation. Furthermore, the inflammation observed in the former group was associated with a robust macrophage-mediated interferon response. Further, viral replication was seen to be maintained within the xenograft in immunodeficient mice for 12 days post-infection, making it suitable for application in many types of research.

Compared to transgenic mice made to express the ACE2 receptor in the lungs, the group states that their xenograft model more faithfully replicates several features associated with severe COVID-19 in humans, particularly regarding lung damage. The high levels of lingering inflammation observed in the immunodeficient mice replicated well the upregulated levels of cytokines and T cell signaling pathways seen in severe COVID-19.

As mentioned, some of the mice were additionally grafted with human hematopoietic stem cells around one-month post-grafting of FLT. Ultimately, 84.25% of the FLT tissue was human in these mice, compared with 67.14% without this additional step. Also, the percentage of murine component of the tissue that was made up of myeloid cells was also significantly reduced, instead of being more highly made up of macrophages. 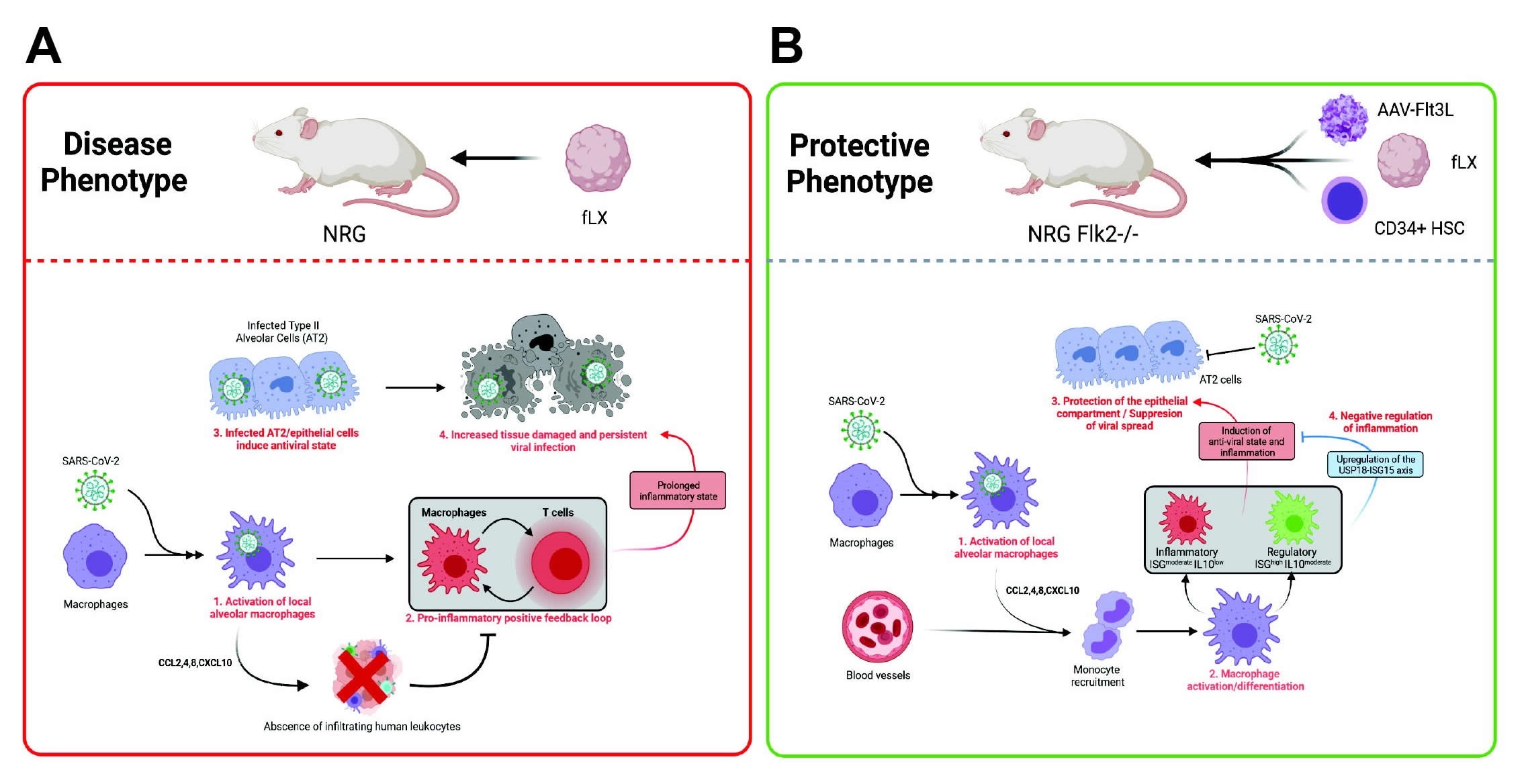 Importantly, non-immunodeficient mice were effectively protected from SARS-CoV-2 infection and were seen to mount a balanced interferon response against infection. USP18, a major type 1 interferon signaling inhibitor, was seen to be strongly upregulated in these mice, associated with the non-significant increase in inflammatory chemokines also observed. In addition, macrophages were strongly activated amongst these mice and bore high levels of viral RNA at all time points post-infection, suggesting that infiltrating macrophages are the primary mediator of the protective interferon response.