Home » Health News » Is Covid about to trigger a 'tsunami' of type 2 diabetes?

Is Covid about to trigger a ‘tsunami’ of type 2 diabetes? Doctors predict 200,000 new cases – double the number of an average year – as a direct result of the pandemic

Britain’s top diabetes experts have warned of a ‘tsunami’ of new type 2 diabetes patients as a direct result of the Covid pandemic.

By the end of next year, doctors expect to diagnose at least 200,000 new cases of the chronic condition – twice the number seen in an average year.

GPs have already revealed astonishing rises of the condition that occurs when a patient’s blood glucose, or sugar, is too high – often because of age, obesity and lack of exercise – which can lead to heart failure, blindness and even amputations.

Some local clinical commissioning groups have been seeing a 56 per cent surge in type 2 diagnoses. If experts’ estimations play out, a wave of diabetes patients could result in a ‘crisis upon a crisis’.

Professor Andrew Boulton, president of the International Diabetes Federation and a professor of medicine at the University of Manchester, told The Mail on Sunday: ‘The impact of Covid means we’re now dealing with a number of different type 2 crises all at once. My fear is we’re going to see a tsunami in the next two years of diabetes and its complications.’ 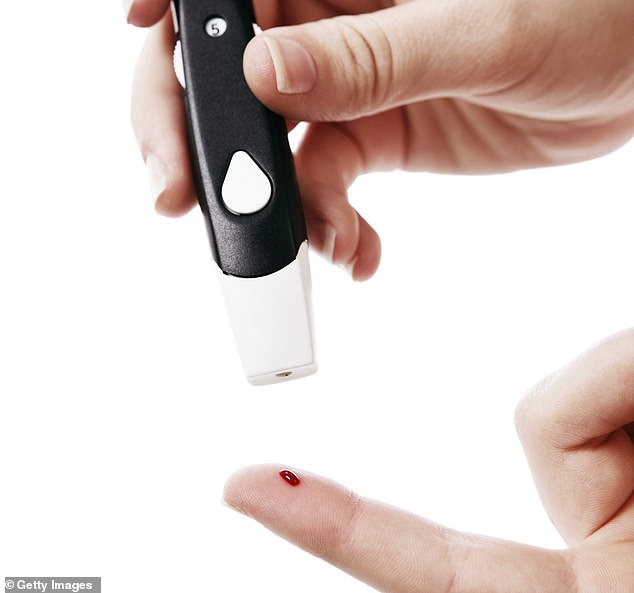 Experts blame three factors for the surge. Firstly, the backlog of undiagnosed cases due to a lack of face-to-face GP appointments.

Then there’s lockdown weight gain – the average Briton has gained 3 lb since the start of the pandemic, according to NHS data. But most intriguing is emerging data suggesting that Covid itself can trigger the condition in those vulnerable.

British studies show nearly one in 20 hospitalised Covid patients were diagnosed with diabetes within five months of contracting the virus. This is three times more than the number of Britons who develop diabetes during an average five-month period.

Dr Kevin Fernando, a GP in North Berwick and a diabetes adviser to the Royal College of GPs, says: ‘The emerging evidence demonstrates a clear link between the two conditions.

‘Some practices, like mine, are now taking the initiative to check for diabetes before the disease creates long-term problems.’ 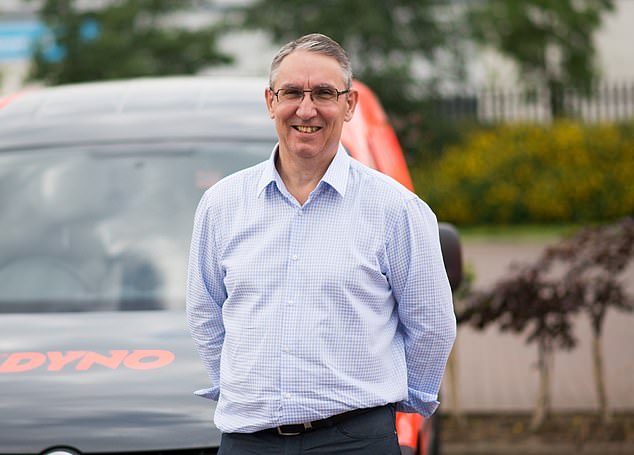 Lockdown victim: Cliff Barry, 52, a plumber from Wiltshire, was diagnosed with type 2 diabetes in July, after gaining a stone during the first lockdown

Dr David Strain, a diabetes expert at University of Exeter Medical School, says: ‘Before Covid it was rare for patients to present their GP with advanced type 2 diabetes complications.

‘Now, because our surveillance has been so severely disrupted, it’s becoming more common. It could take until 2023 to find all these patients, by which point they will be at high risk of complications.’

Some 4.9 million Britons have diabetes, 90 per cent of which is type 2. Sufferers of the condition fail to produce enough insulin – the hormone that converts sugar in food into energy – causing blood sugars to spike.

Uncontrolled blood sugar levels can lead to a range of long-term complications, including eye problems, nerve damage and potential limb loss, as well as heart disease.

While type 1 diabetes is genetic, obesity is the main trigger for type 2, for reasons not fully understood. Doctors suspect the culprit is excess fat around the pancreas, which affects the organ’s ability to produce adequate insulin.

The condition can be well controlled with check-ups, medication, diet and exercise routines. But delays to treatment increases the risk of deadly complications – more than 36,000 Britons with diabetes die prematurely every year.

Doctors say the arrival of Covid and a clampdown on regular check-ups, has ‘destroyed’ concerted efforts to spot type 2 early.

Since the symptoms of type 2 diabetes are initially mild – fatigue, constant thirst and repeated infections – most would have been denied a GP appointment in person, where warning signs are spotted.

New figures collected by GP surgeries nationwide show that fewer than 37,000 diagnoses were made between April last year and March this year.

Over the same period in previous years, on average more than 100,000 diagnoses were made.

‘The true figure for the number of people who have developed type 2 recently is more likely to be more than 100,000,’ says Professor Martin Rutter, a diabetes expert at Manchester University NHS Foundation Trust.

Doncaster-based GP Dr Dean Eggitt says that since March last year, new diagnoses of diabetes have risen 56 per cent in his area.

‘People who used to walk to work every day suddenly began working from their kitchen, where they spent all day snacking,’ he says.

Other studies have suggested that Covid could also cause type 1 diabetes. Scientists at Imperial College London found that children who tested positive for Covid were twice as likely to develop type 1 diabetes than those not infected.

Small lab studies in the US and Italy looking at samples of pancreas tissue found the virus could destroy insulin-producing cells.

Dr Strain adds: ‘Doctors are seeing hundreds of people who didn’t have diabetes before they went into hospital with the virus, and are suddenly diabetic. It could take years to work out just how prevalent the link is, but we think we’ll see raised diabetes rates as a result.’

Another theory is that one of the drugs often given to Covid sufferers in hospital, dexamethasone, may trigger the condition in those with abnormally raised blood sugar levels. A side effect of dexamethasone is an increase in blood sugar.

Then there’s the problem of those already diagnosed but denied help.

More than 7.4 million regular check-ups for type 2 diabetes patients didn’t take place in 2020, according to a recent University of Manchester study.

Professor Boulton said: ‘Diabetes patients were understandably frightened to go to clinics because they were told they were vulnerable to Covid.

‘Now we’re going to see a lot more complications, like permanent nerve damage, because issues weren’t picked up in time.’

‘There are a lot of patients who have type 2 who could easily put their condition into remission if they lost weight – but all plans to do so have gone out the window since Covid hit.’

Cliff Barry, 52, a plumber from Wiltshire, was diagnosed with type 2 diabetes in July, after gaining a stone during the first lockdown.

‘I was suddenly working from home and found myself constantly going to the cupboard for a snack,’ says Cliff. ‘I started eating a load of crisps and chocolate and stopped exercising, or even just going for walks.’

In March 2021, cliff developed a constant fatigue and thirst, and suddenly lost a stone and a half in the space of five weeks.

A check-up with his GP in July led to an immediate referral to hospital. Tests confirmed that Cliff was suffering from type 2 diabetes, and he was started on daily insulin injections to control the condition.

But Cliff quickly grew ‘frustrated’ by delays he faced when attempting to access help monitoring his condition, so he turned to a private clinic, the London Diabetes Centre, which offered diet plans to control his blood sugars. Today, his condition is under control.

‘I probably waited too long to go and get checked out,’ he says.

‘I thought people were worse off than me – and I didn’t want to trouble the NHS.’