Home » Health News » LED stool for people with back pain

Millions of people left in agony from back pain could be helped by sitting on an LED stool.

The device, developed by German scientists, lights up when you slouch and then recommends ways to correct your posture.

It uses two sensors that monitor your posture and these can be fitted into office or car seats.

The LED stool can send a video message to your mobile phone or tablet with exercises for your back. 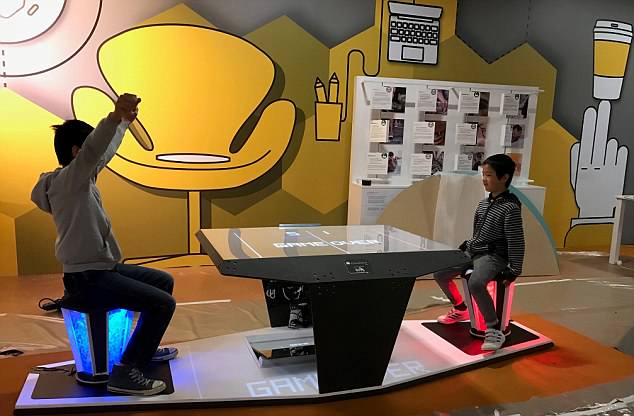 Pictured: a presentation of the LED chairs at the MS Wissenschaft (‘Science’) ship in Germany 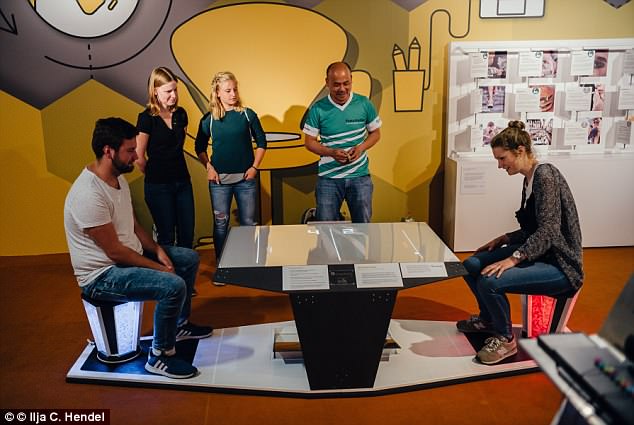 Back pain, ranked as the highest contributor to disability in the world, normally improves within a few weeks or months.

Four in five people will be affected at some point in life, with most cases being caused by lifting heavy objects or bending awkwardly.

But half see a recurrence of the problem within a year, and for some people back pain can last for years or come back in waves.

An array of evidence has recently shown painkillers to be ineffective at stopping back pain over the long term.

Truong Le, from the firm, said: ‘We discovered there was a strong demand for equipment to promote people’s back health while sitting.’ 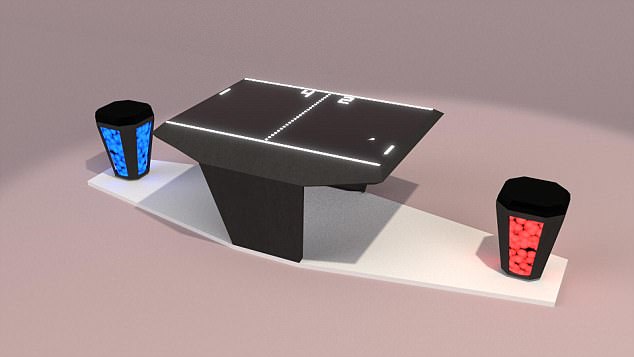 The designers of the LED stool have even included a ping-pong game, which the user controls with their hips (pictured) 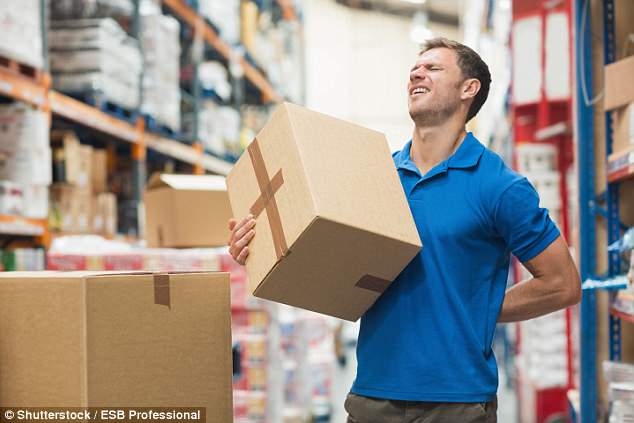 DOES EXERCISE HELP BACK PAIN?

Being highly active reduces the risk of chronic lower-back pain by 16 per cent, research suggested in July 2017.

Regular moderate activity lowers the risk of such discomfort by 14 per cent, a study review found.

Yet, exercise has no impact on short-term back pain or that which causes hospitalisation or disability, the research adds.

Dr Joel Press, physiatrist-in-chief at the Hospital for Special Surgery in New York, who was not involved in the study, said: ‘We were meant to move. We were not meant to be stagnant in any way.

‘Swimming is another low-impact activity that puts less load on your back’.

Dr Press advises back-pain sufferers avoid sports that involve a lot of twisting and turning, such as golf and tennis.

The researchers, from the Finnish Institute of Occupational Health in Helsinki, analysed data from 36 studies that included a total of 158,475 people.

The studies’ participants did not have back pain at the start of the investigations.

Physical activity was defined as sport and intentional exercise, as well as walking and climbing stairs.

The participants were considered active if they engaged in physical activity at least twice a week for a minimum of 60 minutes.

The company, based in Munich, conducted ‘many interviews’ with sufferers of back pain and other businesses and experts.

How does the stool work?

The stool is fitted with sensors and LED lights.

Because they are soft and malleable, these can be fitted in seats, mats, steering wheels and even in the ceilings of cars.

These sensors detect a person’s weight distribution and uses it to determine whether a person is sitting improperly or has been in the same position for too long.

The device then sends an electrical pulse. This can be sent to the LEDs, which will light up, indicating for the sitter to change position or exercise.

They can also be sent to a device. The device will show a video, which indicates how to move and what exercises the sitter can do to alleviate pain.

The scientists have made an app for the sensors which will be available on tablets, computers, and phones.

They have even included a game in the prototype version based on ping-pong, which the user controls by motioning with their hips.

The researchers presented their device at the ‘Workplaces of the Future’ exhibit in Germany.

How do you treat back pain?

In the past most patients with back pain were prescribed some form of painkiller by their doctor.

But recent studies have repeatedly rendered paracetamol ineffective against back pain and opioids highly dangerous.

Physiotherapists argue the only way to treat it is through stretching and exercises.