Loud snoring thins the skull and may be deadly, study finds

For unclear reasons, people with sleep apnoea have skulls that are up to 1.23mm thinner, a US study found today.

Researchers claim skull erosion of up to 1mm is sufficient to cause life-threatening spontaneous cerebrospinal fluid leak (sCSF-L), which occurs when the liquid that cushions and protects the brain and spinal cord flows away through a thin area.

This can lead to dementia-like symptoms, as well as coma, stroke and even death.

Sleep apnoea occurs when the walls of the throat relax and narrow during sleep, which interrupts breathing and is a key cause of snoring. It affects around 18 million adults in the US. 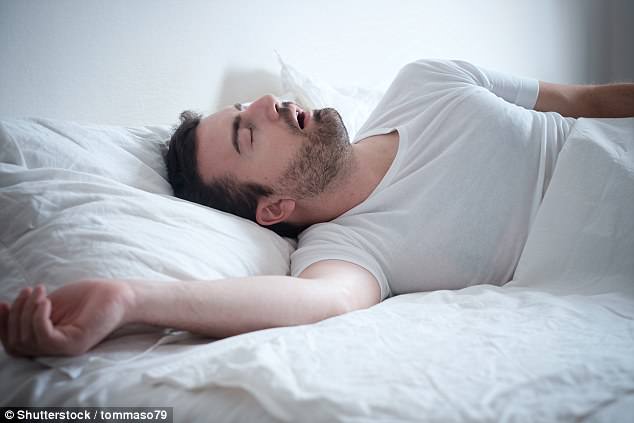 Study author Dr Rick Nelson, from the University of Indiana, said: ‘Obstructive sleep apnea (OSA) may mechanistically contribute to the development of disorders related to skull thinning, such as sCSF-L.

‘Consistent with the rise in obesity in the United States, the rates of sCSF-L have more than doubled in the past decade.

‘Future studies are needed to identify the mechanism of how OSA may lead to skull thinning and how this may increase the risk of sCSF-L.

‘Patients with skull thinning on CT imaging may be at increased risk of OSA and those patients should be considered for OSA screening.’

The researchers scanned the skulls of 114 people aged between 40 and 60, of which 56 had moderate-to-severe sleep apnoea.

The findings were published in the journal JAMA Otolaryngology – Head & Neck Surgery. 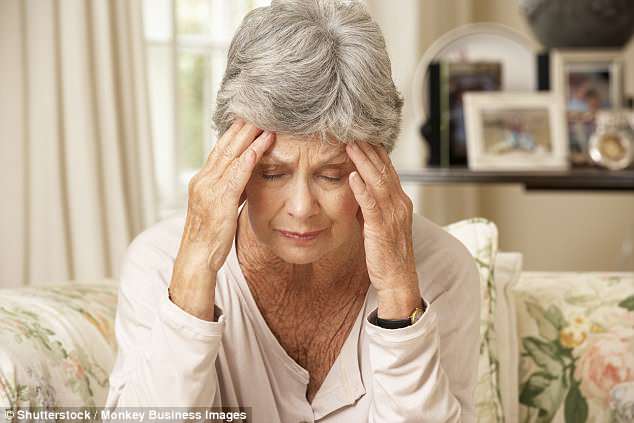 Researchers claim skull erosion of up to 1mm is sufficient to cause life-threatening spontaneous cerebrospinal fluid leak, which can cause crippling headaches (stock)

What is sleep apnoea?

Sleep apnoea is the most common sleep disorder in the UK, the NHS has reported.

It occurs when the muscles and soft tissues in the throat relax, which blocks the airways.

The resulting lack of oxygen in the brain causes sufferers to wake regularly through the night.

Common symptoms include loud snoring, gasping and grunting during sleep.

Although snoring is a symptom of sleep apnoea, not all those that snore have the disorder.

The condition has serious physical health consequences, including an increased risk of heart attack and stroke.

Most sufferers manage their symptoms by wearing an oxygen mask at night or an oral device to keep their airways open.

Difficulty breathing while asleep accelerates memory decline in people at-risk of the condition, a study found.

Daytime sleepiness and sleep apnoea are also linked to impaired attention, memory and thinking in people who are genetically susceptible to the degenerative condition, the research adds.

Study author Dr Susan Redline, from Harvard University, said: ‘Given the lack of effective treatment for Alzheimer’s disease, our results support the potential for sleep-disordered breathing screening and treatment as part of a strategy to reduce dementia risk.’

WHAT IS SPONTANEOUS CEREBROSPINAL FLUID LEAK?

Spontaneous cerebrospinal fluid leak (sCSF-L) is the loss of liquid that cushions and protects the brain and spinal cord through a hole or tear.

It’s cause is often unclear but may be due to a trigger such as lifting, stretching, playing sport, riding a roller coaster or falling.

sCSF-L’s main symptom is a headache that gets worse when upright and better when lying down. These headaches are usually at the back of the head.

In rare cases, dementia and Parkinson’s-like symptoms have been reported, as well as coma, stroke and even death.

Treatment usually starts with rest and hydration to reduce headaches.

If this does not relieve discomfort, patients may have some of their own blood injected into the spinal canal to try and repair the leak.

In extreme cases, surgery may be required to remedy any tears.