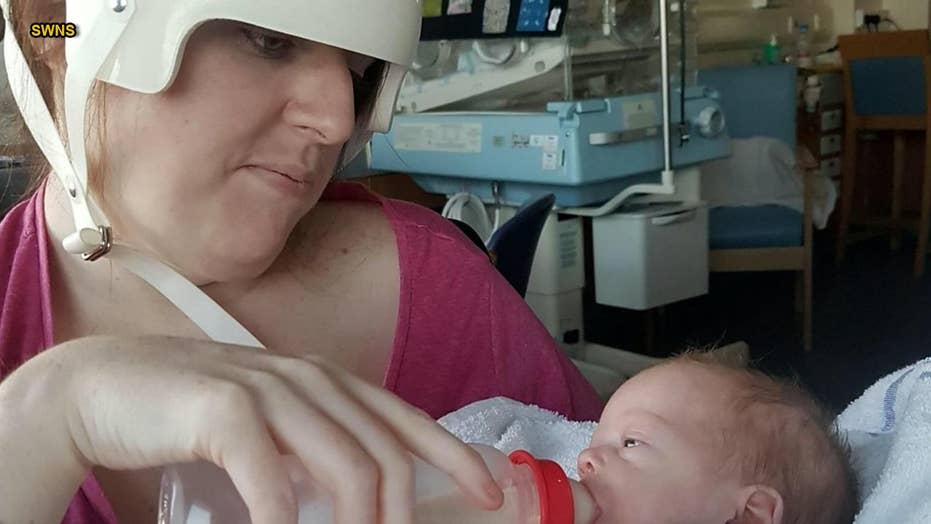 A new mom was left paralyzed but is lucky to be alive after she developed preeclampsia and suffered a stroke 29 weeks into her pregnancy.

A new mom was left paralyzed but is lucky to be alive after she developed preeclampsia and suffered a stroke 29 weeks into her pregnancy. Claire Winnett, 24, said it started with uncontrollable shaking in her arm that resulted in an emergency trip to the hospital. 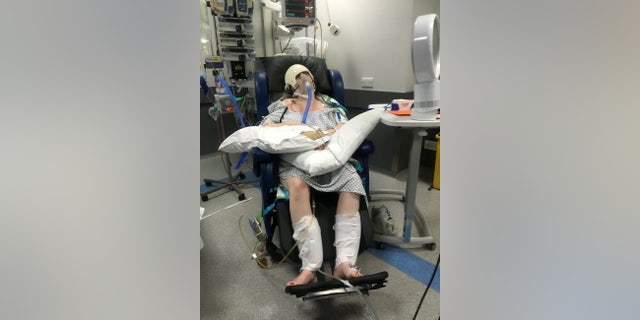 At just 29 weeks pregnant, doctors faced a race against time to safely deliver her daughter Sienna, in a bid to save both mom and baby.
(SWNS)

There, Winnett, of Doncaster, England, was diagnosed with preeclampsia, and doctors discovered bleeding on her brain. She was forced to deliver baby Sienna via emergency C-section, and then was whisked away for another brain surgery to save her life, SWNS reported. Sienna weighed just 2 pounds, 4 ounces at birth.

“The doctor said I could have died but before they could operate they wanted to save the baby,” Winnett told SWNS. “They said we were both lucky to survive. It’s so rare for this to happen during pregnancy. We both could have died. I had no idea how serious it was until afterwards.”

Winnett was in a coma for 10 days following the surgery while Sienna was placed in the hospitals NICU. 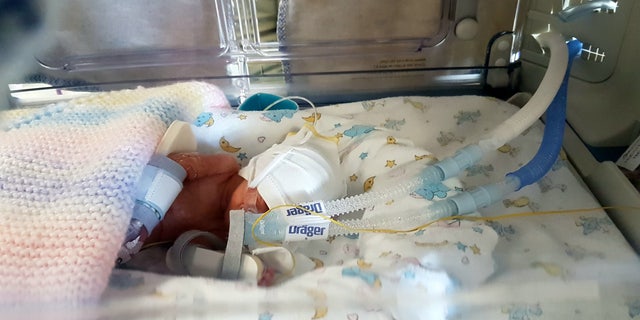 Preeclampsia is a condition that only occurs in pregnant women and can cause high blood pressure or protein in the urine after 20 weeks of pregnancy. It affects at least 5-8 percent of pregnancies, according to the American Pregnancy Association. Severe preeclampsia can cause headaches, blurred vision, inability to tolerate bright light, fatigue, nausea/vomiting, urinating small amounts, pain in the upper right abdomen, shortness of breath and tendency to bruise easily.

If it is not treated it can lead to serious complications such as liver or renal failure or future cardiovascular issues. 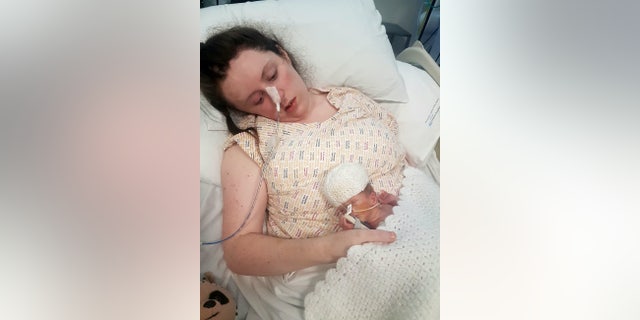 Winnett was placed in a 10-day coma following her surgery and finally met her daughter 12 days after giving birth.
(SWNS)

“I was terrified,” Adam, Winnett’s partner, told SWNS. “I honestly didn’t think Claire would make it. They told me she might not make it through the surgery. I had no idea what would happen to both of them. I had to pray for Claire.”

Winnett and Sienna were both able to go home from the hospital after a two-month stay.
(SWNS)

Winnett said she finally had the chance to hold her daughter at 12 days old, and after two months they were both able to go home. Winnett is still in physical therapy and is unable to walk, but has regained movement in her toes.

"The pre-eclampsia was undiagnosed and I had no idea it had caused high blood pressure,” Winnett told SWNS. “That's what caused the stroke. I just couldn't believe it. But it was all worth it to bring Sienna into the world. I don't know what I'd do without her. If I'd have survived without her I'd have felt guilty. She is helping me to get stronger. I want to get better for her. I want to be able to play with my daughter."