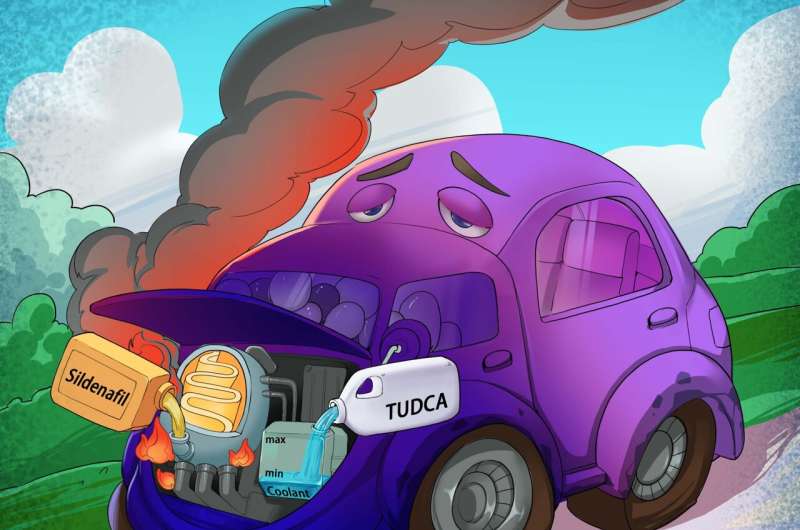 Almost one third of babies born with hypoplastic left heart syndrome, or HLHS, die from heart failure before their first birthday. By uncovering cellular processes that drive heart failure in these young patients, a new study may hold the answers to identifying and treating those at highest risk of early death.

“HLHS is one of the most lethal types of congenital heart disease,” said Cecilia Lo, Ph.D., chair of the Department of Developmental Biology at Pitt, and senior author of the study. “What causes heart failure in HLHS patients who die before one year of age is unknown, and the only treatment option is a heart transplant, which often is not possible. If we can find the cause, then there is hope for therapy.”

To get to the heart of severe HLHS causes, Lo and Xinxiu (Cindy) Xu, Ph.D., first author of the study and a postdoctoral researcher in Lo’s lab, collected skin cells from three healthy people and 10 HLHS patients, who had either milder disease, surviving past age five without a transplant, or severe HLHS, meaning they died or required a heart transplant in their first year of life.

First, Xu reprogrammed patient skin cells into so-called induced pluripotent stem cells, which can become any type of cell. Next, she added a mixture of growth factors and nutrients that prompt the stem cells to develop into heart cells.

By observing the heart cells under a microscope, the researchers noticed clear differences among cells from different patient groups. Just as a living heart squeezes and releases to pump blood, so too do heart cells in a dish, even without blood to circulate. Cells from patients with milder HLHS looked and behaved similarly to those from healthy people, pulsing quickly and steadily. In contrast, cells from the severe group throbbed in a more languid manner, eerily reminiscent of what doctors see in the hearts of many living HLHS patients.

Looking more closely, the researchers found that heart cells from both patient groups had defective mitochondria, the energy-generating centers, but this dysfunction was worse in the severe group. Heart cells from severe HLHS patients also failed to rally natural defenses against stress caused by the mitochondrial defect.

Having identified what was wrong at a cellular level, the researchers now had targets for therapies. They found that sildenafil, commonly known as Viagra, and TUDCA rescued the mitochondrial defect in heart cells from patients with severe disease.

Xu explained that if the heart is a car, the mitochondrion is like an engine. She thinks of sildenafil as engine oil, “lubricating” mitochondrial function, preventing it from overheating. TUDCA, on the other hand, is like coolant, also protecting the engine from overheating. Either of these drugs can reduce stress caused by defective mitochondria, helping heart cells from severe patients to achieve what patients with milder HLHS accomplish naturally.

“We chose these drugs because we know they are safe and already approved in the clinic for other conditions,” added Lo. “This means it will take less time to get treatments to patients compared with developing entirely new drugs.”

For HLHS patients, this could mean new therapies—that don’t rely on heart transplant—are on the horizon to treat heart failure.

The findings could also lead to development of tests that prioritize patients for early heart transplant.