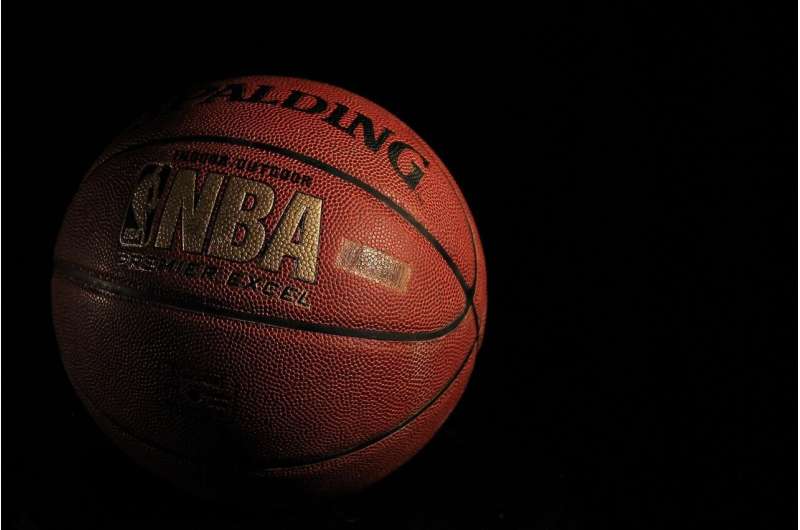 A landmark study by Australian researchers into jet lag and its impact on NBA performance reveals the Boston Celtics may have a distinct disadvantage in the NBA Finals home games because of jet lag.

Senior author Dr. Elise Facer-Childs, and her team from the Monash University Turner Institute for Brain and Mental Health in Melbourne, studied the impact of travel-related jet lag on performance. The study has been published in the journal Frontiers in Physiology.

The authors argue the effects of jet lag are significant and suggest that the NBA—and other sporting codes—should factor this in when scheduling games where teams have to travel long distances over a number of time zones in a short time period.

“NBA teams are often exposed to jet lag due to frequent travel across multiple time zones, with some teams being disproportionately affected based on their geographical location traveling eastward could be of particular concern to teams located on the east coast who have to travel back to play home games without adequate recovery time.”, says Dr. Facer-Childs.

“Eastward travel—where the destination time is later than the origin time—requires the athlete to shorten their day (known as a phase advance). During phase advance, athletes often struggle to fall asleep at an earlier bedtime, leading to sleep loss and, consequently, potential impaired physiological performance and motivation the next day”.

“Schedulers could mitigate these effects by compensating eastward travel with increased recovery time to allow athletes to resynchronize to the new time zone.”

The researchers looked at data from 10 regular seasons of 11,481 games of NBA from the 2011-2012 to 2020-2021 season. They found that eastward (but not westward) jet lag was associated with impaired performance for home (but not away) teams. In detail, compared to home teams with no jet lag, home teams that traveled eastward and experienced jet lag had a:

The research data showed that when eastward travel was followed by an adequate recovery window, home teams performed similarly to when they did not travel at all.

“Allowing time for the circadian system to realign naturally to the destination’s light-dark cycle could, therefore, mitigate the observed eastward travel disadvantage.”

However, if schedules can’t be altered to ensure a level playing field between teams that may have jet lag compared to those who do not, then the research paper recommends that team doctors and sleep specialists implement evidence-based interventions to manage eastward jet lag including specifically timed light exposure and avoidance and/or melatonin supplementation via tablets.

The NBA has been aware of the impact of travel fatigue on performance in the NBA Finals since the 1980s when the league was dominated by two teams located on opposite sides of the country: the west coast Los Angeles Lakers and the east coast Boston Celtics.

However, in 2014, the NBA changed the Finals back to a 2-2-1-1-1 format, as all NBA teams now traveled privately, reducing the impact of travel fatigue.

“However, while private jets can make cross-country flights less cumbersome for players, they do not protect against circadian disruption caused by crossing multiple time zones (i.e., jet lag), especially when teams are not given sufficient time to adapt to the new destination’s 24-hour environment (approximately 1 hour per day),” said first author Josh Leota.

The research may have implications for the NBA Finals currently underway in the US between the Golden State Warriors and the Boston Celtics.

“Our data show that, during the regular season, home (but not away) teams playing with eastward jet lag are particularly disadvantaged. We speculate that away teams aren’t as impacted due to the controlled environment of traveling NBA teams. Team management can mitigate jet lag effects by maintaining a structured schedule (e.g., transportation, meal timings, athlete treatment sessions, and trainings) while on the road compared to when athletes travel to their individual homes and attend to familial and social obligations.”

“According to the 2022 NBA Finals schedule, the Boston Celtics will be playing home games 3 and 6 with the possibility of 1 hr eastward jet lag. In this particular case, the Boston Celtics might benefit from chronobiology-informed strategies designed to mitigate eastward jet lag symptomatology and maximize competitive success. We note that we did not analyze playoff games in our study. It is plausible that the increased stakes of the post season likely have already led teams that are returning home to forgo social commitments in favor of game preparation and circadian resynchronization.”