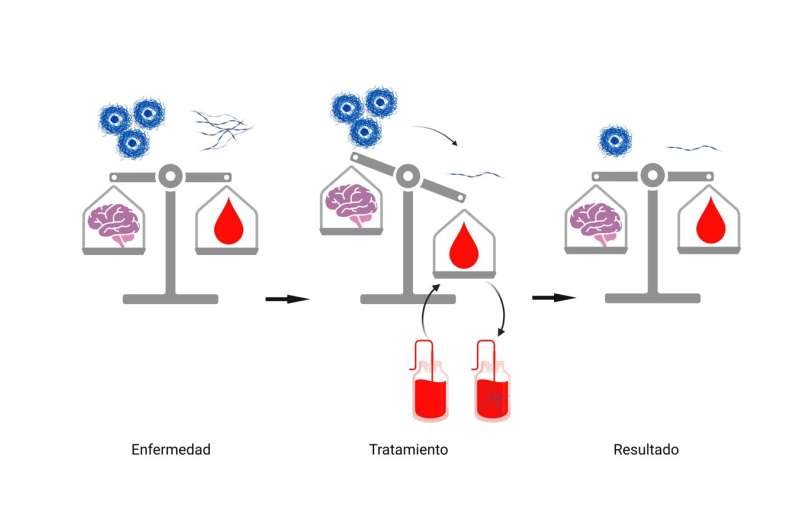 A new study conducted by University of Malaga researcher Inés Moreno, in collaboration with the University of Texas, has identified a potential non-invasive therapy that could check the progress of Alzheimer’s disease, the major form of dementia in the elderly population.

In a preclinical model, Moreno has managed to reduce the amount of toxic proteins in the brain—the aggregate of which is the main cause of neuronal death in Alzheimer’s disease.

These proteins are also present in blood, and according to Moreno, they are in equilibrium with the brain—if they increase in the brain, they increase in the blood, and vice versa. Based on these results, Moreno proposes removing these toxic aggregates as a target for Alzheimer’s disease therapy. The paper was published by the scientific journal Molecular Psychiatry.

“Removing the toxic proteins from the brain is the goal of most of the current therapies for Alzheimer’s disease,” explains Moreno, who is part of the UMA group NeuroAD.

Acting at a circulatory level 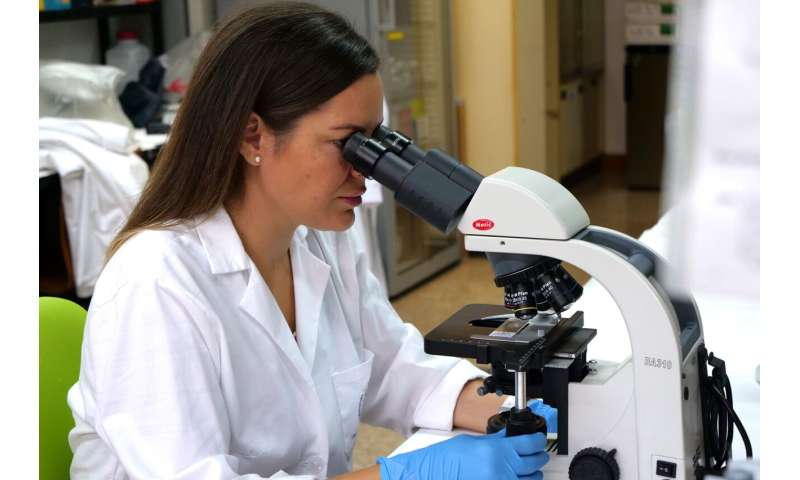 The scientist points out that nowadays the analysis of blood samples is already used, in some cases, for the diagnosis of the disease as an alternative to neuroimaging. However, so far it has never been used for the purpose proven in this paper. Consequently, this new use “opens the door to potential non-invasive therapeutic strategies to be implemented at a circulatory level.”

The results, as evidenced in animal models, show that this treatment could improve memory and learning capacity as well as correct cognitive impairments, being able not only to remove toxic proteins, but also modify key factors in the development of this disease.