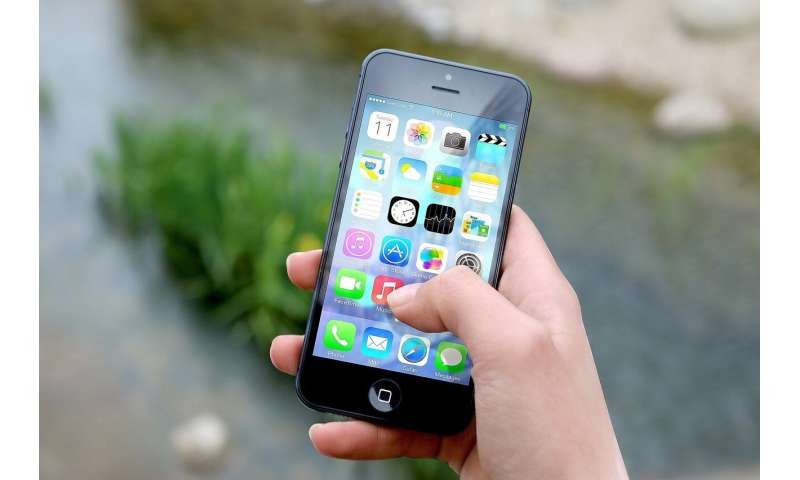 How does the use of mobile devices affect children’s brains? A team from the Barcelona Institute for Global Health (ISGlobal), a center supported by the “la Caixa” Foundation, has conducted the first epidemiological study to explore the relationship between brain volume in preadolescents—more than 2,500 Dutch children—and different doses of radiofrequency electromagnetic fields (RF-EMF). No association was found, although the authors did not rule out the possibility of an association between using mobile devices with a wireless Internet connection and smaller volume of the caudate nucleus.

Most previous research on this subject has separately assessed the association between brain development and different RF-EMF sources, without finding clear associations. The new study, published in Environment International, aimed to investigate brain volume alterations using an integrative approach that considered multiple sources of RF-EMF. This approach allowed a more comprehensive assessment of the possible impact of RF-EMF exposure on the adolescent brain.

The study used data on more than 2,500 children aged 9-12 years from the Generation R Study, a birth cohort based in Rotterdam, the Netherlands. Parents completed a questionnaire on their children’s use of mobile devices. RF-EMF doses to the brain from different sources were estimated and grouped according to three exposure patterns: telephone calls, screen activities, and other environmental factors such as mobile telephone antennas. Magnetic resonance imaging (MRI) scans were used to determine the volume of various parts of the brain.

The authors found no association between alterations in total or lobe-specific brain volume and overall RF-EMF dose. Nor was brain volume associated with the use of mobile devices for telephone calls, which are the primary contributors of RF-EMF exposure to the brain. However, a link was found between smaller volume of the caudate nucleus—a brain structure involved in memory and coordination of movements—and RF-EMF dose from the use of devices with screens (mobile phones, tablets and laptops) with a wireless Internet connection.

“The main objective of the study was to determine whether there were any associations between exposure to RF-EMF and brain volumes,” commented ISGlobal researcher Alba Cabré, lead author of the study. “Our findings show that this is not the case. The possible association between the RF-EMF dose received through the use of these devices for screen activities and the volume of the caudate nucleus is a secondary finding for which we currently have no explanation. When you surf the Internet on a mobile phone, tablet or laptop using a wireless connection, the brain’s exposure to RF-EMF is much lower than it is when you make phone calls, for example, because of the distance between the device and your head. In any case, this result should be interpreted with great caution, since the influence of other factors and the possibility of a chance finding cannot be ruled out.”

One possible explanation for the findings, besides the brain’s exposure to RF-EMF, is the influence of social or individual factors related to certain uses of mobile devices. ISGlobal researcher Mònica Guxens, coordinator of the study, commented: “We cannot rule out the possibility that brain alterations may somehow be related to the way in which children use mobile devices.” She added: “More research is needed on mobile communication devices and their possible associations with brain development, regardless of whether the relationship is due to RF-EMF exposure or other factors related to the use of these devices.”