Obese people overeat because they enjoy their food LESS than those who are thinner, claims study

Overweight people actually enjoy food less than those who are skinny, a new study has revealed.

The research, conducted by a team at Bangor University in Wales, found skinny and overweight people experience no difference in how often they feel hungry during the day.

However, whereas people of a healthy weight tended to eat when they were hungry and reported enjoying their meals: overweight people did not.

Instead, they usually ate when they reported feeling a craving for a particular food, but weren’t necessarily hungry – and said afterwards that they didn’t enjoy it as much as the healthier people.

The scientists theorised that this may partly account for why overweight people eat more in each meal: they are trying to compensate for feeling less satisfied. 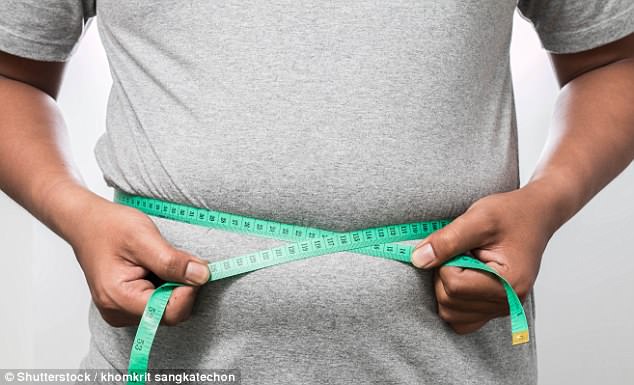 How they conducted their study

To complete their study, which has been published in the journal Eating Behaviours,  the scientists developed a smartphone app, which they gave the study’s 53 participants, of whom 20 were a healthy weight, and 33 were obese.

Over the course of two weeks, the study’s participants were asked to input when they experienced pangs of hunger and then how satisfied, on a scale of one to 10, they were if they decided to eat.

Obesity is a condition in which someone is very overweight and has a lot of body fat.

Obesity is a risk factor for diabetes, heart disease and stroke, some types of cancer, and numerous other serious health problems.

It is generally caused by people eating more calories than they burn off – particularly if their food is high in fat or sugar.

The best way to prevent or tackle obesity is to eat a healthy, balanced diet and to do regular exercise – the NHS recommends between two-and-a-half and five hours per week.

Calculating a person’s BMI involves measuring their height and weight and considering their age and gender.

Work out yours or your child’s with the NHS BMI calculator.

They were also asked how often they experienced cravings for a specific food, and generally what their relationship to food was.

Surprisingly, obese participants had one fewer ‘food-wanting’ incidents per day (an average of five, compared with six in healthy participants).

In both groups, they ‘resisted’ around a third of food-wanting events, and ate for a similar period of time: an average of 18 minutes.

From these results, the scientists summarised that obese people didn’t feel hungrier than healthy people.

However, the scientists found that obese and healthy people had significantly different eating patterns and relationships to food.

They found healthy people mostly ate when they were hungry, and afterwards on average highly rated their feelings of satisfaction.

Obese people, conversely, did not necessarily eat when they were hungry.

Instead, they often ate when they had specific cravings for food, and after eating did not report feeling very satisfied.

The researchers suggest that a lack of satisfaction when they eat may drive obese people to eat more to get that feeling of enjoyment.

Dr Hans-Peters Kubis, an author on the study, wrote in the Conversation that: ‘We are exposed to food cues many times a day, particularly cues for highly palatable foods high in sugar and fat. A lot of our eating is based on reward, not hunger. 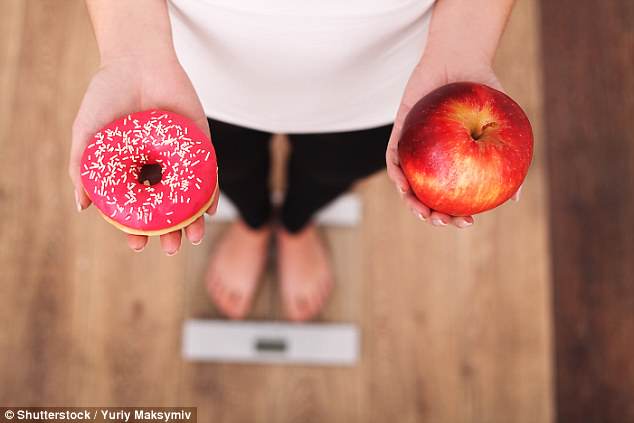 Obese people reported they ate when they felt a craving for a particular food, the study says

‘Some brain imaging studies have suggested that obese people respond more to food cues, but may respond less to food consumption. Our study is important in demonstrating this reward deficiency in daily life.

‘A lack of reward could contribute to overeating, as it could result in a greater quantity of food being eaten in an attempt to compensate for the lack of enjoyment.

‘To help people manage their weight, more attention needs to be paid to the reward value of eating.’