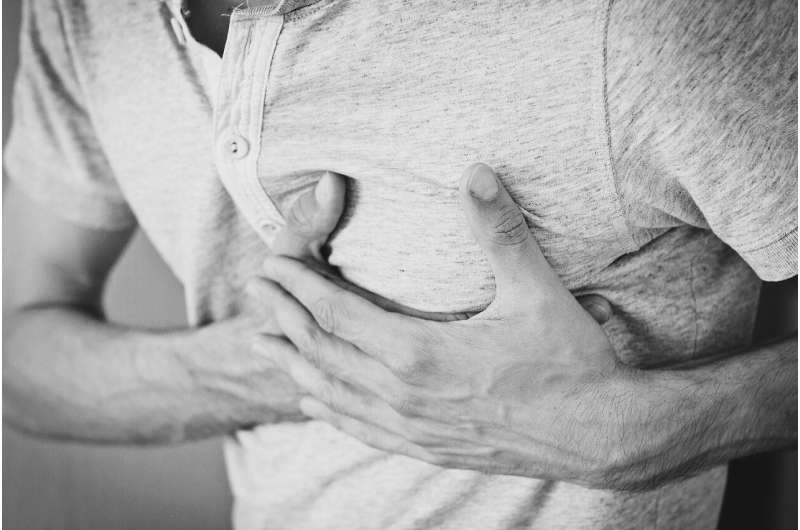 A study of more than 2,600 young heart attack survivors younger than age 55 found that those who reported more perceived discrimination in their day-to-day lives had a higher risk of worse outcomes in the year after a heart attack, according to preliminary research to be presented at the American Heart Association’s Scientific Sessions 2022. The meeting, held live in Chicago and virtually, Nov. 5–7, 2022, is a premier global exchange of the latest scientific advancements, research and evidence-based clinical practice updates in cardiovascular science.

“Perceived discrimination acts as a chronic stressor that adversely impacts cardiovascular disease through increased stress levels and inflammation,” said Andrew Arakaki, M.P.H. and a doctoral candidate in the department of chronic disease epidemiology at the Yale School of Public Health in New Haven, Connecticut. “Perceived discrimination is also associated with other psychosocial factors, such as low social support and distrust in the health care system, which may affect patients’ recovery after a heart attack.”

The researchers examined health data for participants in the VIRGO (Variation in Recovery: Role of Gender on Outcomes of Young AMI Patients) study to analyze post-heart attack health outcomes, including chest pain, physical limitations, patient-reported general physical and mental health status, treatment satisfaction and quality of life. Participants were ages 18-55 years old and had been hospitalized for a heart attack in the U.S. between 2008to 2012. Two-thirds of the 2670 participants (67%) were women; 76% self-identified as white adults, 17% as Black adults and 6% identified their race as “other,” which included American Indian/Alaska Native, Asian, Pacific Islander and East Indian. The researchers noted that Hispanic versus non-Hispanic was defined as an ethnicity separate from race, with 7.7% of participants identifying as Hispanic.

The analyses of the questionnaires scores and data found:

“Future research is needed to understand how to support patients with high levels of perceived discrimination during heart attack recovery, and whether perceived discrimination is a stronger determinant of outcomes among people from diverse racial, ethnic or social groups or those who live in under-resourced communities, or if other social determinants of health may also play a role,” he added.

“The findings regarding the relationship between perceived discrimination and health outcomes, quality of health outcomes, quality of life outcomes, and mental and physical health sharing an increased risk were not surprising given that we know that psychosocial stressors have an impact on cardiovascular health and cardiovascular disease,” said Michelle A. Albert, M.D., M.P.H., FAHA, president of the American Heart Association, the Walter A. Haas-Lucie Stern Endowed Chair in Cardiology and professor of medicine at the University of California at San Francisco.

“What is needed in the literature are studies that assess the relationship between everyday discrimination and specific cardiovascular health outcomes, as well as health outcomes in general, especially data at multiple time points,” she said. “Health care professionals need to really understand the impact of structural racism and structural discrimination on health outcomes within this vein. That means that we need to double down on having culturally competent doctors and other health care professionals who understand the lived experiences of their patients, as well as who will listen to the concerns of their patients.”