Sometimes sex can be stressful, but these steps may help you get your groove back. 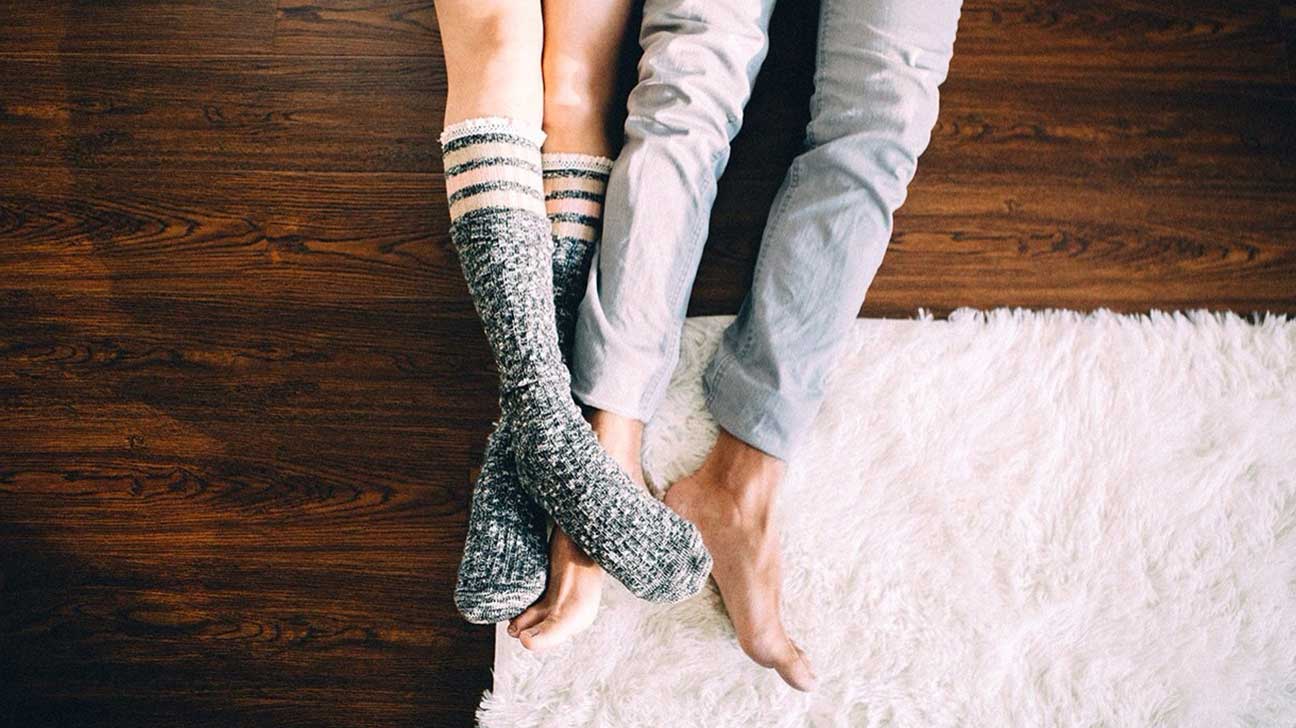 After her first sexual partner belittled her in the bedroom, Steph Auteri began second-guessing herself when it came to sex.

“I felt self-conscious and nervous about being a disappointment to the other person,” the 37-year-old says. “I found myself never feeling sexual, never wanting to be intimate, and never initiating anything.”

Even with different partners, Auteri “went through the motions” of sex, always hoping the act would be over quickly.

“I felt broken,” she admits. “And more than anything else, I felt guilty for being weird about sex. I felt that I wasn’t someone who was worth committing to. Then, I would feel resentful for the fact that I had to feel guilty and would want sex even less. It was a vicious circle.”

“Sex anxiety,” like Auteri experienced, isn’t an official medical diagnosis. It’s a colloquial term used to describe fear or apprehension related to sex. But it is real — and it affects more people than is commonly known.

“In my experience, [the incidence] is relatively high,” says Michael J. Salas, LPC-S, AASECT, a certified sex therapist and relationship expert in Dallas, Texas. “Many sexual dysfunctions are relatively common, and almost all of the sexual dysfunction cases that I’ve worked with have an element of anxiety associated with them.”

How sex anxiety manifests can occur in a wide variety of ways for different people. Women may have a significant drop in libido or interest, have trouble getting aroused or having an orgasm, or experience physical pain during sex. Men can struggle with their performance or their ability to ejaculate.

Some people get so nervous at the idea of having sex that they avoid having it altogether.

However, Ravi Shah, MD, a psychiatrist at ColumbiaDoctors and assistant professor of psychiatry at Columbia University Medical Center in New York City, suggests one of the keys to overcoming sex anxiety is viewing it as a “symptom” instead of a condition.

“You’re getting anxious around sex, but what’s the real diagnosis?” Shah asks.

The link between anxiety and sex

If it seems like just about everyone you know is anxious about something these days — well, that’s because they are. Anxiety disorders are currently the most common mental health issue in the United States, affecting about 40 million adults.

When a person senses a threat (real or imagined), their body instinctively switches into “fight or flight” mode. Should I stay and fight the snake in front of me, or book it to safety?

The chemicals that get released into the body during this process don’t contribute to sexual desire. Rather, they put a damper on it, so a person’s attention can be focused on the immediate threat.

“In general, people who experience anxiety disorders in the rest of their lives are more likely to experience sexual dysfunction, too,” says Nicole Prause, PhD, a sexual psychophysiologist and licensed psychologist in Los Angeles.

Additionally, trauma — such as sexual abuse or sexual assault — can trigger apprehension about sex. So can chronic pain, a change in hormones (like right after giving birth or when going through menopause), and even a lack of quality sex education.

“People wrongly believe everyone else is having sex all the time and it’s great and no one else has problems except them,” he adds.

How to alleviate sex anxiety

There are plenty of benefits to maintaining a healthy sex life. Sex improves your bond with your partner, gives your self-esteem a boost, and can lower your blood pressure and strengthen your immune system.

The “feel good” hormones released during sex can even help combat feelings of stress and anxiety.

So how do you get past your current anxiety about sex to reap those benefits?

Talk to your doctor

First, rule out any physical problems.

“Many physiological problems can increase sexual dysfunction, which can then increase sex anxiety,” Salas says. These include chronic health issues like arthritis, cancer, and diabetes. Certain medications, such as antidepressants, can also do a number on your libido.

“Sensate focus” exercises, which involve touching your partner and being touched for your own pleasure, are meant to help you reconnect with both your sensual and sexual feelings.

“Initially, no genital touching is allowed,” explains Prause. “More touching is gradually added back in as exercises progress, which are often done with a therapist between home sessions. These are done to help identify sources and times of anxiety and work through what those might mean.”

Since anxiety “most often is about something failing around the moments of penetration,” says Prause, you could also choose to avoid that specific act until your confidence builds back. That way, you can learn how to enjoy other pleasurable sexual activities that still provide intimacy, but without the pressure.

Just make sure you talk with your partner if you decide this direction is best for you. As Prause cautions, “There’s no skirting good communication on this one.”

During sex, you may find yourself trying to read your partner’s mind or worrying that you’re not living up to their fantasies. “Mindfulness can help keep you in the present, while managing negative emotions as they arise,” says Salas.

To do that, he urges his clients to view the signals they get from their body as information, rather than judgments. “Listen to your body, rather than try to override it,” he says.

For instance, instead of worrying why you don’t yet have an erection — and panicking that you should — accept that you’re still enjoying what you’re currently doing, like kissing or being touched by your partner.

Choose a private moment and suggest, “There’s something I want to talk to you about in regards to sex. Can we talk about that now?” This gentle heads-up will give your partner a moment to mentally prepare. Then approach the heart of the matter: “I love you and want us to have a good sex life. One thing that’s hard for me is [fill-in-the-blank].”

Don’t forget to invite your partner to chime in, too, by asking: “How do you think our sex life is?”

Talking openly about sex may feel awkward at first, but can be a great starting point for working through your anxiety, Shah says.

Maybe you’re embarrassed about your appearance, the number of partners you’ve had, a sexually transmitted disease — or perhaps you were raised to believe that your sexuality is wrong.

“When it comes to sex, shame isn’t very far behind,” says Salas. “The problem with shame is that we don’t talk about it. Some of us won’t even own it.” Identify which aspect is causing you to feel ashamed, then consider opening up about it to your partner.

“When people survive sharing the information that they’re most ashamed about, the fears of sharing it lessen,” says Salas. “They realize that they can share this, and still be accepted and loved.”

If your anxiety isn’t confined to the bedroom, or you’ve tried without success to improve your sex life, seek professional help. “You may need more robust treatment with a therapist or even medication,” says Shah.

Steph Auteri didn’t find an instant cure for her sex anxiety. It stuck around for 15 years. Even when she met her current husband, their first sexual encounter was marked by Auteri’s tears and a confession that she had “weirdness” about sex.

An accidental career as a sex columnist helped her slowly start to realize that her anxiety wasn’t so unusual. “People would comment or email me thanking me for being so open and honest about a thing they were also experiencing,” says Auteri, who’s now written a memoir, “A Dirty Word,” about her experience. “They had always thought they were alone. But none of us are alone in this.”

When she and her husband decided to have a baby, Auteri was surprised to find that the more she had sex, the more she desired it. A regular yoga practice also helped her improve a sense of mindfulness, and she started asking her husband for more foreplay and nonsexual intimacy throughout the day.

“I also became more open to intimacy even when I wasn’t necessarily ‘in the mood.’ Although let’s be real,” Auteri adds, “sometimes I’m really not in the mood, and I still honor that.”

And honoring our own feelings is often the first (and biggest) step toward overcoming sex anxiety.