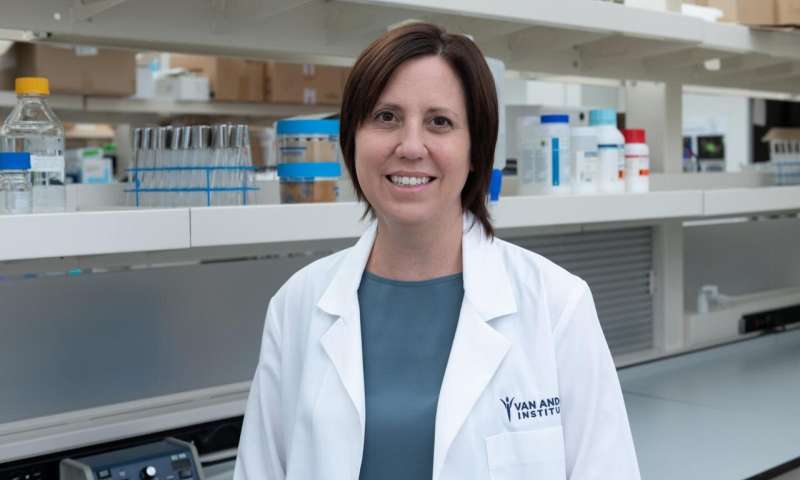 The immune system’s ability to marshal specialized cells to fight off infection relies in part on tiny molecules called microRNAs, which act as a release for the “brakes” that keep cells dormant until needed, according to a new study published in the journal Cell Reports.

“These small microRNAs have an important role in balancing the on/off state of the immune system,” said Connie Krawczyk, Ph.D., an associate professor in Van Andel Institute’s Metabolic and Nutritional Programming group and the study’s senior author. “Our findings reveal new insights into the nuts and bolts of immune function and add to a growing body of knowledge that could one day be leveraged to optimize vaccines or immunotherapies for a number of diseases.”

The human body’s immune responses are orchestrated by a host of different cells and components, each with their own role in fighting off pathogens, clearing out abnormal cells like cancer and jump-starting the healing process. In the absence of a threat, immune cells must remain at the ready, but in a “resting” state.

MicroRNAs are part of this intricate defense system. These small RNA molecules can rapidly regulate gene expression, which in turn directly impacts immune responses. Importantly, Krawczyk and her colleagues found that a single microRNA can be responsible for regulating multiple genes in one cell type while having little effect in another cell type, an adaptation that fine-tunes the immune response and ensures the right immune cells deploy at the right time.

For example, a specific microRNA called microRNA-9 helps determine when dendritic cells, which initiate immune responses, are active or inactive by regulating the “brakes” that help keep cells dormant. Once called to action, microRNA-9 releases the “brake,” allowing access to the genes needed to put the cell to work.