Among people involved in car crashes, seat-belt wearers are 21 percent less likely to suffer severe liver injuries, which rises to 26 percent when combined with an airbag, a study found.

The liver is one of the most commonly injured organs during motor-vehicle collisions, with severe damage killing around 15 percent of sufferers, the research adds.

Lead author Audrey Renson, from the NYU Langone Hospital-Brooklyn, said: ‘It has been known for some time that seat belt use is associated with lower mortality in a car crash.

‘Although some may consider this common sense, there is still some controversy lingering around seat belts possibly being harmful and that having an airbag means you don’t have to wear a seat belt.’

The researchers believe their findings reinforce the importance of seat belts.

Motor-vehicle crashes cause around two million emergency-room visits and tens of thousands of deaths every year in the US. 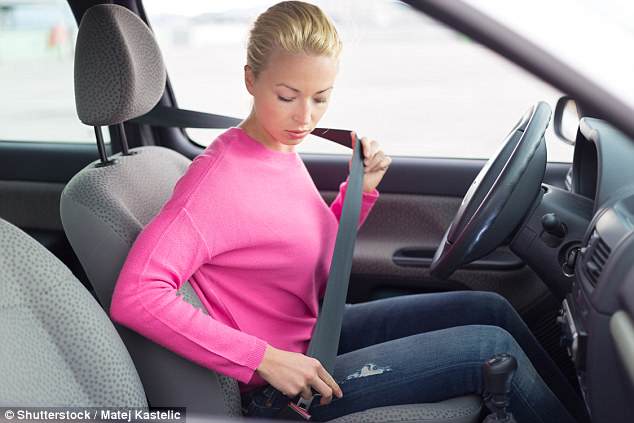 Dr Eileen Metzger Bulger, chair of the American College of Surgeons Committee on Trauma, who was not involved in the study, said the liver and spleen are the most commonly injured organs after motor-vehicle crashes.

She added: ‘Both can cause severe bleeding, but the spleen can be removed if needed during surgery, which controls the bleeding.

‘The liver (however) is critical for life and cannot be removed.’

Speaking of the impact of liver damage, study author Dr Marc Bjurlin, said: ‘Trauma can result in a number of serious complications during the period surrounding the trauma, including bile leakage or obstruction of bile flow, abscess formation, bleeding without the ability to appropriately clot blood and an inability to filter metabolites resulting in jaundice.’ 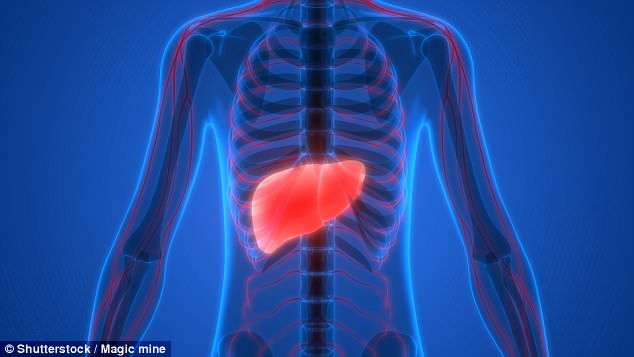 The researchers analysed 55,543 people who were taken to hospital after motor-vehicle crashes in the US between 2010 and 2015.

The injuries were classified as low grade if they were made up of blood clots or shallow cuts.

The findings were published in the Journal of Epidemiology and Community Health.

Consuming sunflower and fish oils can cause liver inflammation that may lead to cancer, research suggested last January.

Scientists discovered having either of the two oils every day triggers damage to the organ and makes it susceptible to non-alcoholic steatohepatitis (NASH).

NASH, considered a silent killer and dubbed ‘human foie gras’, can lead to scarring of the liver, which in turn leads to cirrhosis. It can also result in cancer.

People often use sunflower oil while cooking, but fish oil is most often obtained through daily supplements, which make up a fifth of the £700-million market.

The oils and omega-3, which have previously been shown to be beneficial for health, can also be obtained through eating trout, salmon, sardines, herring and mackerel.

Yet olive oil, which has repeatedly been shown to be good for health, causes no such damage, the University of Granada researchers concluded from experiments on mice.