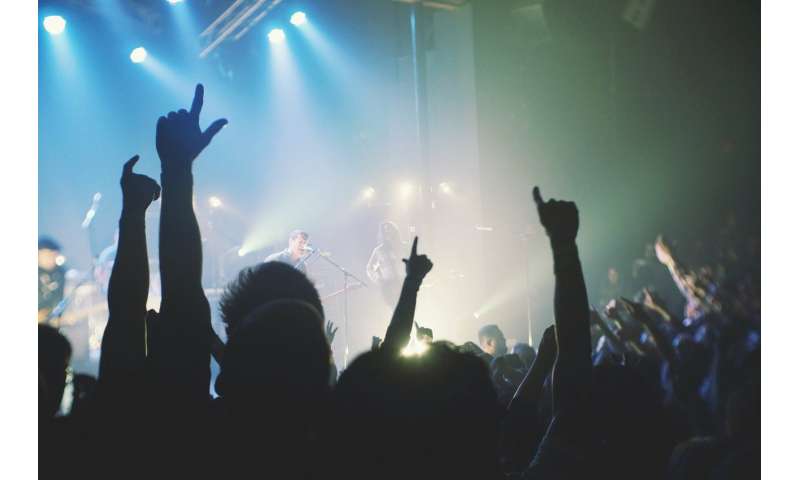 Singing indoors, unmasked can swiftly spread COVID-19 via microscopic airborne particles known as aerosols, confirms a new peer-reviewed study of a March choir rehearsal which became one of the nation’s first superspreading events.

“This study documents in great detail that the only plausible explanation for this superspreading event was transmission by aerosols. Shared air is important because you can be inhaling what someone else exhaled even if they are far away from you,” said Shelly Miller, lead author on the study and professor of mechanical engineering.

On March 10 in Skagit Valley, Washington, one person with mild symptoms of COVID-19 attended a 2.5-hour choir practice indoors. In the weeks that followed, more than 50 other people from that rehearsal would contract the disease—almost everyone who attended—and two died. Because participants had taken precautions to sanitize and avoid touching each other, scientists suspected that aerosol transmission, not larger drops spit into the air or infected surfaces, were the culprit.

The new paper, published this week in the journal Indoor Air, confirms it.

Members of the chorale were serious about their music and their health that day. They did not touch each other, touched few shared surfaces, propped doors open and used hand sanitizer. Few people shared the same restroom as the infected person, and many who did not use any restroom got sick.

They did not, however, wear masks.

By interviewing the chorale through a representative about what happened that day and calculating the rate of infection based on the details of the rehearsal and what is known about the SARS-CoV-2 virus, researchers conclude that there simply were not enough opportunities for droplets and infected surfaces, known as fomites, to transmit the virus to the number of people who fell ill afterwards.

There were also many singers present and the rehearsal was long.

“The inhalation of infectious respiratory aerosol from ‘shared air’ was the leading mode of transmission,” said Jose-Luis Jimenez, co-author of the study, professor of chemistry and fellow at the Cooperative Institute for Research in Environmental Sciences (CIRES).

The researchers found that shortening the rehearsal time in the Skagit Valley event from 2.5 hours to 30 minutes would have dropped the rate of infection from 87% to 12%. Wearing masks, improving ventilation, using portable air cleaners and rehearsing for half of the duration combined could have dropped the number of people infected down from 52 to only 5, in a subsequent analysis using a widely-available tool developed by Jimenez, Miller and colleagues based on the study.

This superspreading event happened early on in the pandemic, when there were no known cases in Skagit County. Businesses were just starting to shut down in the U.S. and public health officials were just beginning to debate whether masks were necessary. Aerosols, floating pieces of bodily fluids much, much smaller than droplets that also can carry the novel coronavirus, could not be responsible for COVID-19, said the World Health Organization (WHO) and Centers for Disease Control (CDC). Wash your hands and stand six feet apart, they said.

But after hearing of the outbreak in Washington state, Miller wasn’t convinced.

The new study offers new insight into how those outbreaks occurred and what can be done to make future choral rehearsals safer.

The authors recommend conducting choral practices outdoors whenever possible during the COVID-19 pandemic, and carefully managing any indoor singing events, as singing can generate large amounts of aerosolized virus if any of the singers is infected. Improved ventilation which draws in more outside air, and air cleaning, that removes virus-containing aerosols from the air, can be helpful to reducing the spread of airborne infections in any indoor space, but singing with masks and at distances more than 6 feet apart are very important as well.

Miller and her fellow researchers first submitted their results in June, but aerosols are still not being openly acknowledged by the WHO and CDC as an important route of transmission for SARS-CoV-2.